“Entering the Foyle Young Poets of the Year competition was one of the best things I’ve ever done”
– Former Foyle Winner and 2012 Judge, Helen Mort

The Foyle Young Poets of the Year Award is an opportunity for any young poet aged 11-17 to accelerate their writing career. Since it was founded in 1998 the Award has kick-started the career of some of today’s most exciting new voices, such as Sarah Howe, Phoebe Power, Richard Osmond, Jay Bernard and Helen Mort. With entries from nearly 6,000 young people last year from across the UK and worldwide, it is the largest competition of its kind and its importance is widely attested.

Each year 100 winners (85 Commendations and 15 Overall Winners) are selected by a team of high profile judges, and will receive their awards at the Royal Festival Hall on the 2 October 2019. Thanks to funding from the Foyle Foundation the competition remains completely free to enter and we are able to offer a wide range of prizes, opportunities and resources. Overall  Winners will have their poems published in the annual Foyle Anthology, 25,000 of which are distributed to poets, teachers, students, libraries, schools and arts organisations right across the UK. Additionally, winners attend a week-long intensive residential Arvon course where they develop their creative writing skills alongside fellow poets or benefit from poetry residencies at their school followed by distance mentoring (age dependent). 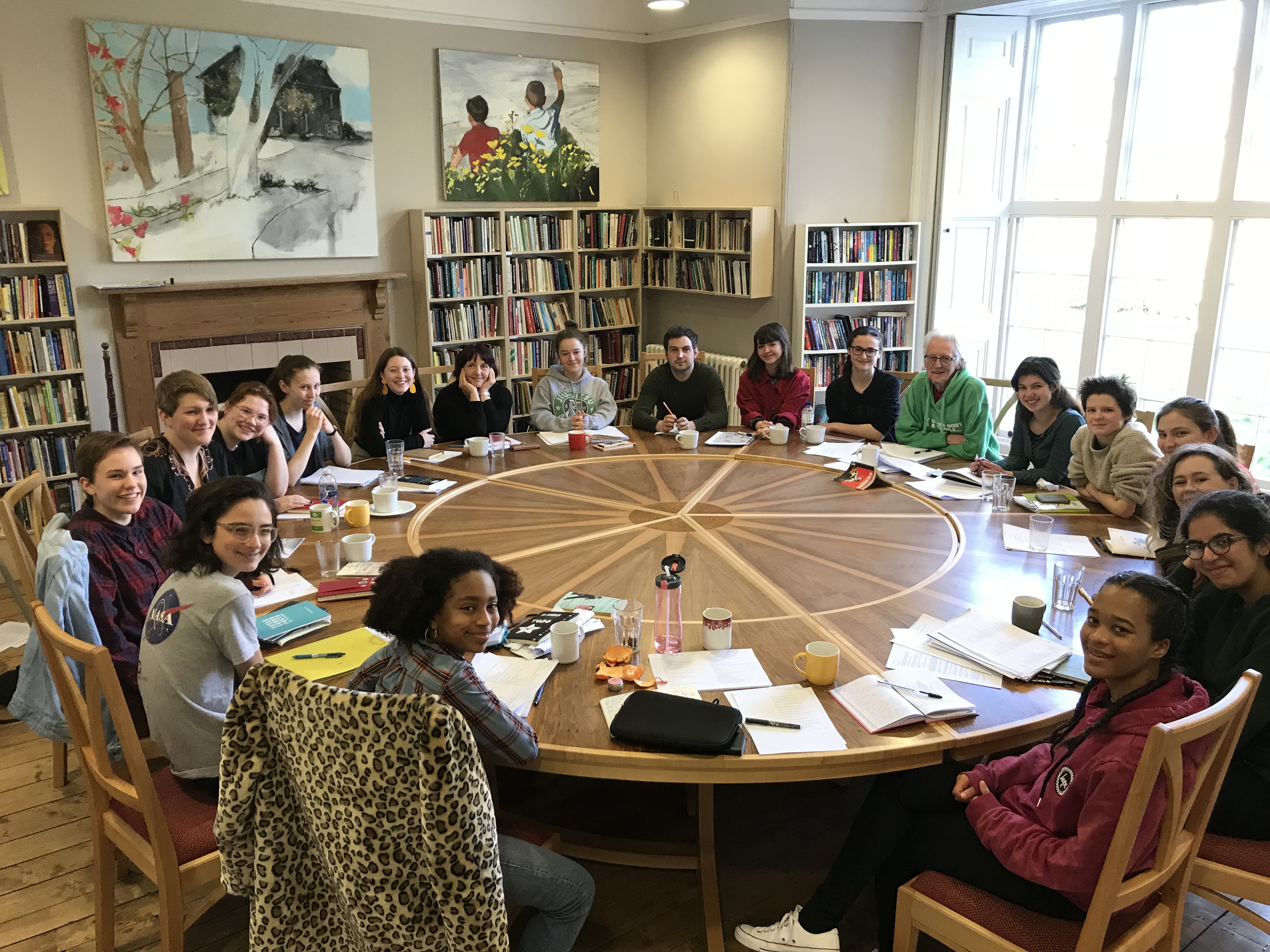 (Arvon Residential at The Hurst for 2018 Foyle winners, photo credit Helen Bowell for The Poetry Society).

These winners are among the most promising young literary talent in the UK, and the ceremony is the first step in an ongoing process of developing this potential; many of our former winners have gone on to publish work with major publishing houses such as Faber & Faber and Carcanet, and we support them through a number of initiatives helping them to establish themselves in the literary and publishing world, such as internships, editorial opportunities and showcasing events.

More about the Award

Founded by the Poetry Society in 1998, and known as the Simon Elvin Young Poets Award until 2001, the Award is now firmly established as the key competition for young poets. With such fierce competition, to be selected by the judges as one of the top 100 (15 top winners and 85 commended poets) is a truly world-class achievement. Over the past 21 years the Award has kick-started the career of many of today’s most exciting new voices, including Next Generation Poet Helen Mort and Poetry London editor Ahren Warner, Forward Prize winner Phoebe Power, Ted Hughes winner Jay Bernard and T.S.Eliot winner Sarah Howe. The phrase ‘Foyle Young Poet’ is now found in countless professional biographies as alumni make their mark on the wider literary world, their names appearing on bookshelves and at festivals the world over – from the BBC Proms to the Glastonbury Festival.

The Award also incorporates a year-round programme of activity to support creativity and literacy in schools. We offer a number of ‘Applauded’ schools free poet-led workshops to reward their continuing enthusiasm for the Award, and nurture best practice in creative writing teaching by identifying committed ‘Teacher Trailblazers’ to act as mentors and share best practice and lesson ideas online.