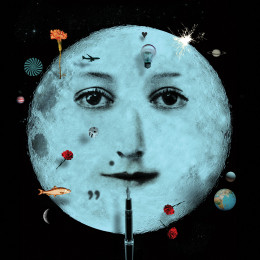 The Poetry Society presents National Poetry Competition judge Roddy Lumsden, first prize winner Roger Philip Dennis and third place winner Fran Lock who will read some of the winning poems from the 2014 competition at this year’s Ledbury Poetry Festival. Join the conversation on the judging process, the value of prizes in poetry and more generally on navigating the ‘poetry scene’.

The event is free, but ticketed. Contact Ledbury Poetry Festival to book your place online or by phone: 01531 636 232.

Roger Philip Dennis is an artist and tutor running painting workshops from his studio in Devon. He has enjoyed writing since appearing in his school magazine at the age of nine. He grew up in the New Forest, and went to St Andrews for an MA in Philosophy, where he co-founded, produced and illustrated the literary magazine “Entry” [1969-73.] Craft textiles, archaeological reconstructions, abstract paintings, and topographical views of Fife and Somerset prompted studying “Art and Design in a Social Context” at Dartington College. A 1985 Arvon Foundation Apprenticeship-Scheme for a novel led to work editing. He continues writing fiction alongside poetry. He won first prize in The Poetry Society’s National Poetry Competition 2014 with his poem ‘Corkscrew Hill Photo’. www.rogerdennisart.com.

Fran Lock is a sometime itinerant dog whisperer and poet, now living and working in London. Her debut collection Flatrock (Little Episodes) was launched in May 2011. Her work has appeared in various places, including Ambit, Poetry London, The Rialto, The Stinging Fly, and in Best British Poetry 2012 (Salt). Her second collection The Mystic and the Pig Thief (Salt) came out in September 2014. She is the winner of the 2014 Ambit Poetry Competition. She won third prize in The Poetry Society’s National Poetry Competition 2014 with her poem ‘Last exit to Luton’. 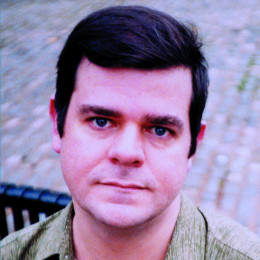 Roddy Lumsden is a poet, editor and tutor. His five collections include Yeah Yeah Yeah (Bloodaxe, 1997), shortlisted for the Forward Prize for the Best First Collection, and The Book of Love (Bloodaxe, 2000), shortlisted for both the T.S. Eliot Prize and the John Llewellyn Rhys Prize. Terrific Melancholy, his latest, was published by Bloodaxe in 2011; his seventh collection is due from Bloodaxe this autumn. He is the Series Editor of Salt’s The Best British Poetry anthologies. He lives in London where he teaches for the Poetry School and independently. He also works as a puzzle and quiz writer, and as a compiler and editor of popular reference books.

The event is free but ticketed. Contact Ledbury Poetry Festival to book your place online or by phone: 01531 636 232