In this series, we invited poets to write their own ‘poetry manifesto’

1. The morning of the Grenfell fire, I picked up my phone and saw something about an incident in a building in West London. I thought nothing of it. I hadn’t yet seen the photos, I assumed it was just another wave in the slurry of updates about other people’s tragedies. Later, when I realised what had happened, I was immediately reminded of that other fire I’d been thinking about – New Cross, 1981. For the past year I have been reading and writing about that night, when thirteen West Indian kids died. As the scale of Grenfell became apparent, the similarities between the two emerged:

a) There is a mystery at the centre of both stories.
b) The people who died were not rich enough, in the eyes of the
state, to be consequential.
c) The mystery is not how the fire started or why these people died.
d) The mystery is why we always find ourselves in the same place,
the same moment.
e) A poet can’t deliver justice but they can ask a different kind
of question.

3. A few years ago, I decided to mentally tattoo a line by June Jordan on my left arm: “I am not sure any longer that there is a difference between writing and living.” It has something of the aporia about it – it speaks to the unresolvable tension between the time needed to write, the time needed to live. For many years I understood it as a kind of division of labour; while walking with an old lover, I saw it as the idea of writing something being the same as living it; during a recent panel at the British Library, Andrew McMillan responded to the quotation with something he says to his students – instead of theorising, go out and live; reliving is the latest interpretation to have materialised since I started working in the archives. I return to this line again and again to a) examine and practice June Jordan’s hunch, which is also my own and b) make sense of my historical moment:

a) “But a feminist life is also a going back, retrieving parts of ourselves we did not realise we had.” – Sara Ahmed

“Yet every working generation has to reclaim that freedom in time […] Capitalism is based on abridgement of that freedom.” – Adrienne Rich

b) After Grenfell, I knew that the media would immediately try to blame someone inside the house for the fire; that the first people to be arrested would be victims/minor players in the events; that there would be a fraught, exclusionary and botched meeting between the authorities and the community; that it would be down to the community to provide the support needed by the victims; that the tension, disgust and betrayal felt by residents and supporters would spill over into large-scale demonstrations, actions and possibly riots that the media would attempt to disconnect from the root problem of injustice. By writing about it, I can help shape history, contribute to the effort of keeping it alive.

5. Jubilee – a reversal; when slaves are freed; debts are cleared; when all is reset and the cycle can begin again.

6. You can go from New Cross to Whitechapel, then switch to the Hammersmith and City Line, and then to Latimer Road station. As you pull in, you will see the tower’s remains. For the first few days after the fire, thousands of people gathered to mourn, and I went down too. Everyone I knew was there, and we met each other in the street and stood in silence, or looked at each other, or tried to analyse the situation, but at bottom there was a strange electricity that always accompanies a gathering of people in the street. A strange sense of possibility, that the tower we were standing beneath was a physical manifestation of all that – all the things we said, all the things we felt, everything anyone has ever said, anything anyone has ever felt. The charred spine of a burned giant, jutting into the sky.
I am not sure any longer that it is possible to speak about myself without speaking about this.

7. “It’s queer black women who’ve developed and really curated a movement that is not about us. It is our vision that our movement is leaderful, decentralised, but we’re not focusing our movement on our own ideologies or what we think is necessary and possible. What we do is centre why we think we should have all black lives mattering.” – Patrisse Cullors, co-founder of Black Lives Matter.

Standing below the tower, I realised the intensity of this statement. Queerness between the streets. Queerness not as relationship history or desire but as a stranger in the archives. Queerness as arc of history. Queerness informed by this tragi-carnival, this cycle of history. The work I have been doing on the New Cross Fire is the truest expression of queerness I have felt for some time: all-encompassing, outward-looking, rooted.

8. Backwards in time: to get from Grenfell to New Cross, you can take the Circle Line from Latimer Road to Baker Street, then Baker Street to Canada Water, then from there to New Cross via the Overground. Come out of the station, turn left towards Deptford and you will come across 439 New Cross Road. A tall, narrow house with a small front yard – smaller than you’d imagine. It is hard now to imagine the scale of the loss; not only the thirteen children who perished, but the faith, the favourite dutch pot, the savings, the church dress, the diaries, the phone number written from one lover to another when they were still strangers. When I write about New Cross – about anything? – it’s always about that. 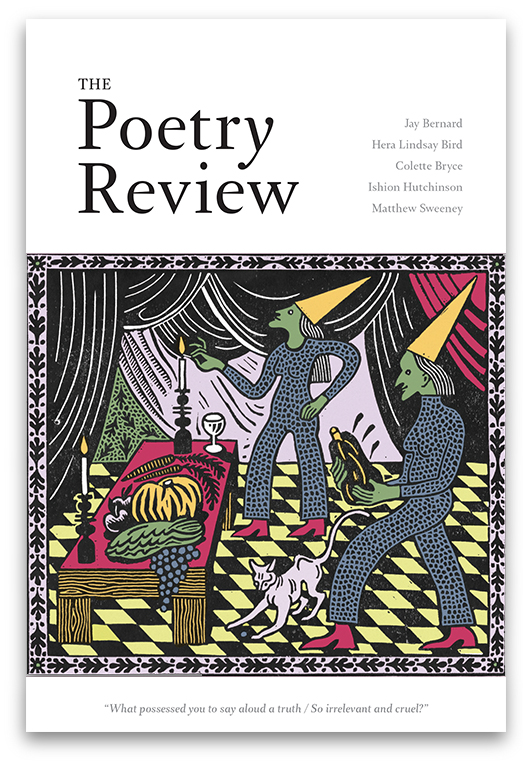 Jay Bernard is a writer, film programmer and archivist from London. This essay was first published in The Poetry Review, 107:3, Autumn 2017, where it appears alongside ‘manifestos’ by Roger Robinson, W.N. Herbert and Rita Ann Higgins. © The Poetry Review and the author.