With great sadness, we report the sudden death aged 27, of Thomas Crosbie aka Pace. One of the first winners of The Poetry Society’s SLAMbassadors spoken word championship, Pace had worked his way up over the years to become one of our poet coaches, continuing to pass on to other young people the inspiration to write and perform.

Aged 12, Pace already stood out as a talented writer and performer.  In 2003, he joined SLAMbassadors with his group The Rappateers, touring with the SLAMbassadors team and performing to thousands at events such as the 7/7 memorial in Trafalgar Square and the Stephen Lawrence memorial at the O2 Arena. An inspirational role model, Pace made a positive difference to so many young lives. He will be very much missed.

We called him Cold Fire because his mouth was a volcano.

I met Thomas Crosbie aka Pace in 2003. He was a part of a group of young rappers, beatboxers and emcees called The Rappateers who stormed City Hall in the second Rise Slam Championships. I can still hear his voice.  I can still remember the lyrics.

It was spring when we met. The whole of City Hall was 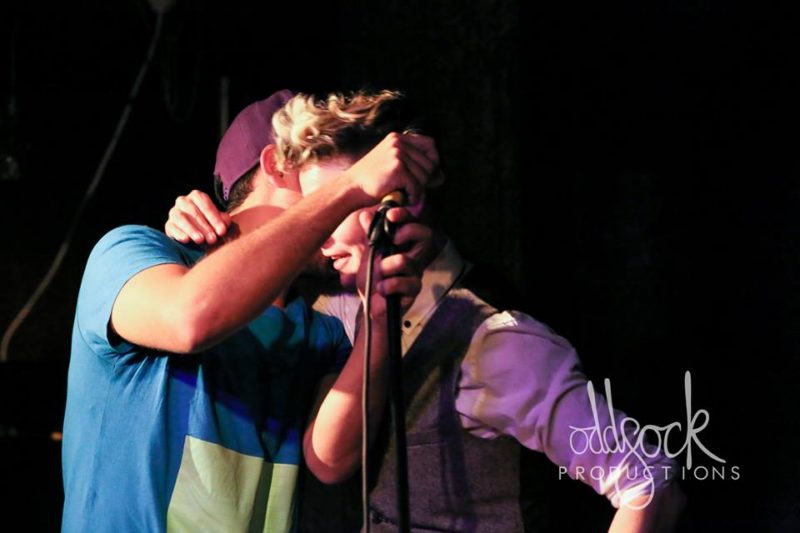 jumping with the first youth slam crowds. The
night was lit. It was a hurricane in the London Assembly Rooms. Flyers torn and erupting from the audience, feet bellowing at the ground to the sound of voices born, and 4 young men still in their early teens speaking on behalf of those who cannot. This remained a consistent part of Pace’s practice – he always tried to provide a space for the exiled, the disenfranchised and the silenced. He did this through his own recordings but also as a Poet Coach for SLAMbassadors, the national youth slams that had nurtured him as a boy.

His music was joyful. Intricate. Complicated. His rhythms were the sound of someone being chased. He wrote to the city’s heartbeat.

I wish I had kept count of the gigs we have performed at together. I wish I had a list of workshops he ran for SLAMbassadors. I wish we’d had money to film those early slams so you could see him. I wish I had written down everything he said. I wish he was here.

I have trawled through 15 years of Poetry Society photographs and films looking for you Pace. But a feeling cannot be photographed. The way you said, ‘Yeeees Joelle…!’ if I had said something slightly irreverent. That familiar ‘Wagwan?’ greeting. That bloody smile. That big bloody smile. 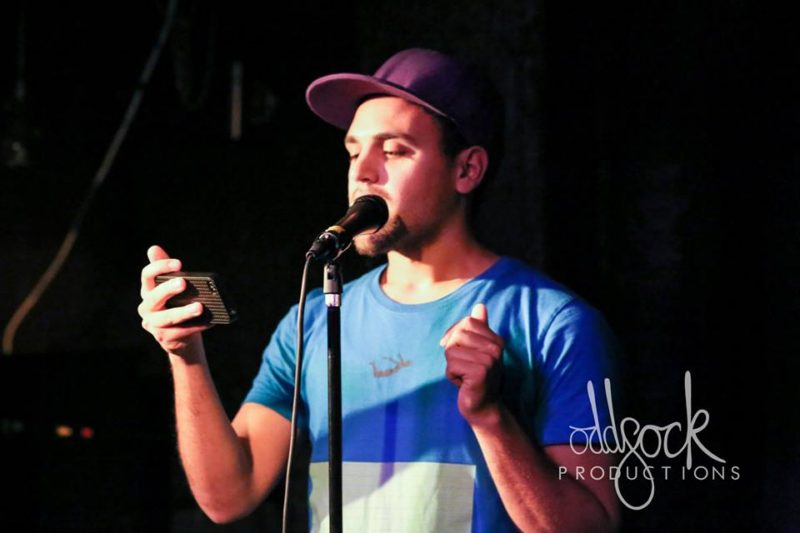 Writing this today, it doesn’t just feel like the death of a gifted and beautiful human. It feels like the death of a movement. Before the Roundhouse Collective, before Barbican Young Poets, before the many other collectives that currently dominate the London poetry scene, there was SLAMbassadors – a group of rough tongued, big grinned, hard written youth who formed polyvocal pieces that fused free verse poetry, grime emcee bars, beatbox and storytelling to unravel their lives. Pace was central to that collective.

Thomas was born in the east End of London and worked diligently his whole life, but still could not afford his own place to rent in the city he gave his breath to. And it is not only our street that have been gentrified but our tongues. We are being forced out of our own mouths. Our stages are colonised, spoken word no longer belongs to us, and there are few places left where working class artists can learn to write. These are harsh words perhaps, but this is what I, his friend and mentor for 13 years, feel. They have taken Brixton. They have taken Hoxton. They’ve taken Shoreditch and Dalston and Hackney and Bethnal Green. Now they have taken our hearts.

When we heard the news last Friday we all found each again, the old crew. Years have passed since we have all shared the same space at the same time. But if anyone could get us all together again, it was going to be you, Thomas Crosbie.

“I first met Pace in 2004. I was running my first poetry night Brix-tongue & he was one of the many young voices that passed through our doors. Full of teenage energy & enthusiastic charisma, I used to see him perform at several local nights refining his craft. As an older veteran on the scene, you can always spot someone who has a real passion for their words. Pace was one such individual & it was great to see someone so young being motivated to express his art.

I always look fondly back at my Brix-tongue days, back then I lived, breathed & dreamed Poetry (our nights would run into the early hours of the morning). The Spoken Word Scene was a much simpler place, so many vibrant conversations under moonlit skies (before social media took over our lives). There was a beautiful sense of real life community and Pace was one of our shining stars. 27 is too young to die, too young for tomorrow not to recognise. Sad news indeed.”

“PACE was a great friend of my since 2002, where we were friends within the same secondary school. From 2003 we had the pleasure of working closely together and I shared multiple emotional moments with PACE both on and off the stage while we worked with Joelle Taylor, Subtext and The Poetry Society. He was both gifted as an athlete as well as academically and his songwriting touched many. His contribution to the youth was so amazing and he had nothing but love and positivity to share. A born leader, born writer, always expressed his love and pride for his Mum and brother and always strived to succeed for their sake. May my brother rest in absolute peace and one day we shall meet again.”

“I met Pace at an event organised and hosted by Charlie Dark, I think it was around 2005. I was blown away by his performance. His delivery was super cool and oozed content that required closer listening. Pace commanded my attention from then on. After his performance we spoke about writing poetry and how it helps us to understand our world. Pace was a thinker embraced by the spoken word and poetry scene. He joined the movement wholeheartedly and partied hard along the way. He was young, witty, fun, friendly, energetic and a barrel of laughs. Pace was flamboyant too and although I didn’t know his ethnic background I’d liken him to a light spectrum. He gleamed. His eyes were bright and his smile contagious. I’d always catch a vibe being around Pace.

Pace volunteered at an event that I organised in Brixton called V.O.I.C.E for about a year. During this time I got to know him a little better. He’d come over to my place we’d write lyrics and spend late nights in FirstLove Music Studios in Limehouse creating music which spoke of our existence, “life’s kind of funny sometimes. Think too hard you might mess up your mind so I put my views into rhymes. Pick up the mic and explode like mines”.

Pace’s mum had established an arts organisation called Subtext and hired us both as Artists in Education. We began to team teach facilitating creative writing workshops and inspiring disenfranchised young people in and around Tower Hamlets. Pace must have been in his late teens to early twenties during this time and soon after went off to Uni in Liverpool to return a few years later determined to take his music to the next level.

He eventually started using the name Thomas Crosbie and I really felt that he was growing into himself. He’d always send me new music which he was working on at the time. Always bangers!! Always thought provocative.

I’d moved to the West Midlands and he’d come and stay a few times. He’d play with the children and tell me that he plans to have a family of his own too, one day. Even when I doubted my own talent I never doubted his ability to accomplish his dreams and encouraged him to fight hard to achieve his goals during our lengthy 1/2 hour phone calls in the middle of the day. At this time I began to admire Thomas more than ever and really realise the true friend that I had.

My son cried when I told him Thomas had passed. Thomas was at my wedding and was given a key to our house. Thomas was my little brother. We knew each other’s weaknesses and strengths and I never felt judged by him. I knew Thomas to be a very understanding, sensitive and humble young man. He has books of poetry that I hope to be able to read again one day. His words are a blessing.

“I can still smell heaven’s scent

And Feel the Devils resentment

Bad vibes are irrelevant when I’m in my element.”

If you knew PACE and would like to share your tributes, get in touch at [email protected]