I wake up in my temporary home on the morning after the Orlando massacre. I am in a student dorm room on the campus of Southern Connecticut State University and so feel suddenly regressed into late teenage-hood again. The news sits like a hangover in my skull. I reach for my glasses, for the latest Poetry magazine and, flat out on my back, try to read towards an escape. The first poems I find are by Sam Sax:

i sit in a corner of the cancer ward

other faggots in this hospital

How else to respond to terror but to speak openly, and freely, about the life you’re living. Here, Sax is being deliberately provocative; the use of the word “faggots” is a reclamation of the word but also a middle finger to the idea of poetry as something serene or subtle – the lower-case “i” giving us the anonymous self as seen through the prism of a hundred other faces on a dating app; “sick man” points the reader towards the gravity of the situation whilst also seeming to echo contemporary youth slang.

Yet Sax isn’t just giving us a glib snapshot of life as a young gay man in 2016. The title ‘Hematology’, the fact we’re in a cancer ward (with its echoes of the ‘gay cancer’ that was talked about at the very beginning of the AIDS crisis), means the poem is heavy with the history of a community. It’s a funny, plain and revealing poem, at the same time as being alive to the historical narratives from which its narrator is descended.

Reading the Sax poems reminds me of a similar frankness and honesty that I found in a poem a former student once recommended to me, ‘When I Wrote it Down, I Wrote it Down Dirty’ by Jameson Fitzpatrick, which was published in late 2012 on linebreak.org: “The season of married men. The fall / I couldn’t get enough of them. Their expensive watches / and long weekday lunches. / The cold cliché of a wedding band against my cock.” Where Sax’s poem is alert to the history from which it comes, Fitzpatrick’s poem is aware of the fact that it is, indeed, a poem and thus a kind of performance – it ironises the idea of each encounter: “Met a successful writer / and let him fuck me bareback in a stairwell / because he was a successful writer. Sorry Mom.”

That sly aside towards the end of these lines acknowledges the idea of a voyeuristic audience, not to the sexual encounter itself, but to this retelling – and yet that sense of audience does not bring with it censorship; there’s no sense of the curtains blowing across the bed and a quick scene-cut to the aftermath of wrinkled sheets and a cigarette. The audience is acknowledged, but there’ll be no apology or concession, because, perhaps, there will be no shame.

When I am finally able to haul myself up, away from the rolling news, I take a bus into the town, and to the Yale bookshop.

A bookshop is quite possibly the only place it’s still OK for us to be ourselves and be safe, if that is no longer true of gay bars.

I browse the shelves, leave into the oven-heat of the street with Jericho Brown’s The New Testament, Rickey Laurentiis’s Boy with Thorn and Ocean Vuong’s Night Sky with Exit Wounds. Brown the eldest at only 40, Vuong born in 1988, Laurentiis in 1989 – in my paper bag I am carrying a new generation of young men, writing frankly and honestly and beautifully about their experiences, about their selves and their bodies in America. Which is not to say this new generation of young men in America is speaking with the same voice, even to the same experience; the homosexual (or non-heterosexual) experience is not homogenous; nor, obviously, do they only speak to homosexuality or queerness; the intersections of each poet’s identity, of race in particular, are central to their work.

For the outsider in America, poetry is a way of claiming a stake in the very idea of ‘America’, ever since Whitman. From Langston Hughes’s “I, too, sing America”, Ginsberg’s “It occurs to me that I am America”, the great Qwo-Li Driskill’s thought of driving headlong into a “wall called America”.

I’m getting off the point. Back to the books.

Brown, perhaps because he’s slightly older, doesn’t quite go in as plain, or with the ironic lilt, that younger poets might. In his opening poem to The New Testament, ‘Colosseum’ he writes:

The word “brown” has a triple force here: as a proper noun, centering the surname of the poet, as a physical feature other men admire and as a statement on race as well. “God made brown”, so there must (or rather should) be space for Jericho, and others, in the ‘One Nation under God’.

The poem ends with the stark, plain phrase (worthy of Larkin or Bishop) “love / Being any reminder we survived”. “It is like a love for men, this / love of language”, he writes in a later poem, ‘Reality Show’. I’m fascinated by that idea, that queer love, something somehow elevated and yet out-of-centre, should find its natural home in poetry.

All these concerns seem to echo in Laurentiis’s ‘One Country’: “This body. Its breath. / Let it. Let the whole pageant / end. If my body had a river in it / I would drain it”; and later in the same poem: “If in the city was a boy made sick / from his body, the freak passions of it, / let him come out – his brown skin / lifting as a shell. Let it. Let all / his limbs pop and unhinge […] each another door / to the one country where his body is / loved and made for.”

The poem as the place where the body can transcend itself, and go on to find a new, better America. So too for Vuong in his remarkable poem ‘Someday I’ll love Ocean Vuong’. The title already, through its use of the third person, turns the poet into an abstract, like America, like God.

“The most beautiful part of your body / is where it’s headed”, he writes towards the end of the poem, before ending: “Yes, here’s a room / so warm & blood-close, / I swear, you will wake – / & mistake these walls / for skin.”

The body, like a poem, always in motion, strongest when it has a propensity towards something rather than a possession of something. A poem, too, with its rooms (its stanzas) where we could “mistake these walls for skin”. For all these poets, the body and the poem often become inseparable, the poem becoming a space where the body is free to expand or transcend itself without the possibility of real violence. Similarly the poem becomes a space, with its “walls of skin”, with its doors that lead into another country that Laurentiis speaks of, where a safer (albeit temporary) space can be imagined or constructed.

The poem becomes a space where a stake in America can be claimed, intersectional identity can be wrestled with, an audience can be acknowledged without a need to cloister or soften the reality of what is being talked about.

The poem as a place that can comfort, rebuild, explore and celebrate the body.

After Orlando, we’ll need such spaces more than ever. 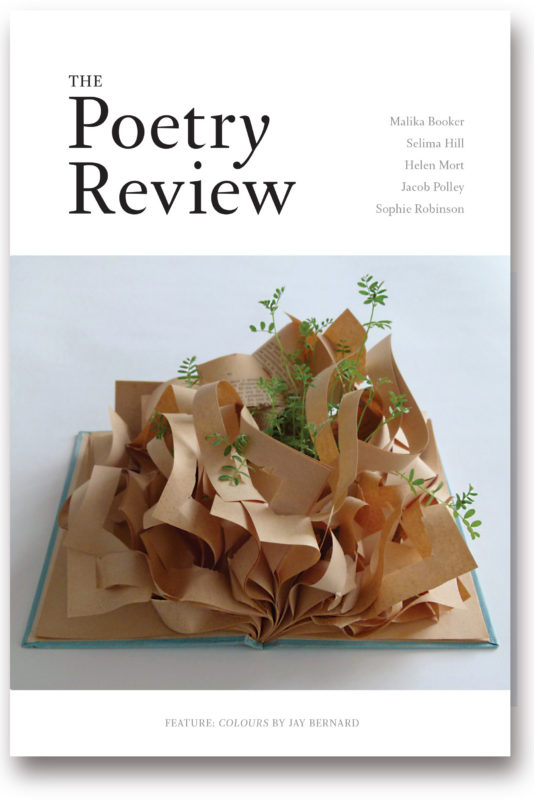