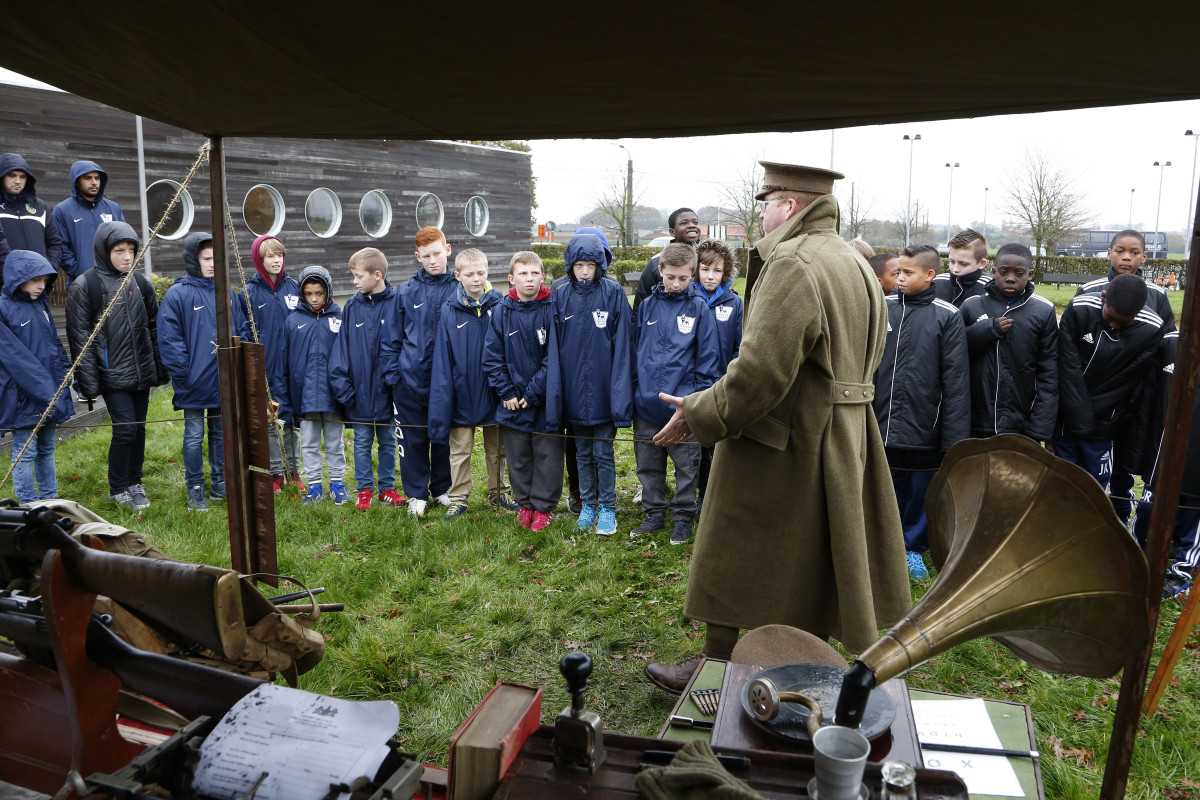 In autumn 2014 we began an exciting new collaboration with Barclays Premier League to help young footballers mark the hundred-year anniversary of the Christmas truce.

Poets Simon Barraclough, Steve Ely, Chris McCabe, Nick Makoha and Deanna Rodger accompanied Under-12 teams from the Premier League clubs to Ypres, Belgium, where as they took part in an annual football tournament to honour the truce that took place on the Western Front in December 1914. The poets helped the young players to reflect on their visit, and shape these experiences into poems.

All of these poems were then passed on to Ian McMillan, commissioned to produce a new poem The Game: Christmas Day, 1914 to mark the centenary; based on words, themes and ideas from the young footballers.

In mid-December, two of the English Under-12 teams returned to Ypres for an international tournament with youth teams from all of the countries involved in the conflict. Here, the poem was read out in English, Flemish, French and German, marking the international friendships that the Premier League and its European counterparts hope to foster in the young footballers on the centenary of such a remarkable occasion.

On Christmas Eve, the Premier League launched a video of a host of top Premiership footballers reading the poem aloud, featuring the likes of Gary Neville, Mark Schwarzer and Charlie Austin. You can watch the video here.