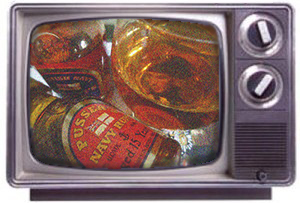 My poem, ‘The Rûm District’, started from the mystery of an Ashberyesque poem called ‘The Rum District’ that I’d copied into my notebook some time ago but subsequently couldn’t remember where from, find in any of Ashbery’s books or anywhere else for that matter, online or in libraries. Rum. A poem of obscure origin, like the word ‘rum’ according to the OED. (Like most poets, I’m a word junkie: we should use addictionaries…)

‘Rum’, ‘Room’ and ‘Rûm’ can all be puns in Northern English, the last of these (derived from ‘Rome’) being the early Muslim name for that magical metropolis of poets: Riley’s Czargrad, Yeats’s Byzantium’, the city we now call Istanbul. Rûm also meant lands attached to the New Rome on the Bosphorus, such as Romania, to other Christian communities, and to Christianity in general. It’s a flexible term like the Arabic ‘beit’, meaning a metrical unit corresponding to a poem’s line, but which can be rendered as ‘a couplet’ – a suggestive doubling to me. Beit means house, but originally ‘tent’, which Clouston proposes as the source of all Arabic prosodic nomenclature, one kind of foot thus called a ‘tent-pole’, another a ‘tent-peg’ and so on. A tent is more commonly associated with people on holiday here now, and several poets do camp out in my poem.

When I used to holiday or travel abroad regularly, at some point I always had to check out the local television channels, whether or not I spoke their languages. Quiz shows in particular appalled and fascinated me: poor people tortured by MCs feigning sympathy with their plight but really leering at the camera while they turned the screw, like our politicians. The reviled ‘box’ of capitalist spectacle remains a weakness of mine – I write while watching it, as does the real John Ashbery. (Shortlisted for the Eliot once, I blew my money on a massive TV to this day known as the ‘Telliot’). ‘The Rum District’ poem’s television and a cocktail survives into my own, as does the phrase “Romanian wannabe”, but the “Grand Hotel Abyss” is Lukács’s coinage for an imagined salubrious holiday establishment, from the terraces of which the likes of Adorno enjoyed pessimistic views. Further on in my poem, Xavier de Maistre checks in, whose ‘Voyage autour de ma chambre’ lay behind some of de Selby’s holiday adventures in Flann O’Brien’s The Third Policeman, as that book’s boxes lie behind many of mine, resolving here into the melting ice cube of the poem.

Unresolved in my poem ‘Riddle’ is its subject, up to a point at least, although it shares with ‘The Rûm District’ some housing concerns. I worked in homelessness for the better part of thirty years before becoming a full-time writer and have always been interested in what bricks could conjure up, partly because I drop so many metaphorically, but also literally since I worked on building sites when I first left school. This would only ever be as a labourer however – unlike Ben Jonson, I failed as a bricklayer, finding that art being much more difficult than it appeared. Bricklaying looks as simple as stringing words together in a sentence but, in my experience, is as hard as putting them together in poetry, setting and settling patterns despite the invisible resistance of materials historically designed to be cooperative, but strangely reluctant to fulfil their destinies in that respect when I got hold of them. Unsupervised, instead of good lines, I’d produce digressions resembling Andy Goldsworthy’s Wall That Went For A Walk (despite its Norman Nicholson title) which no course-string could keep on the straight and narrow nor spirit-level discipline. I envied the masters of such mysteries, flourishing their masonic trowels as they realised their designs truly, finally smoothing wet mortar into an angle that would encourage rain to ripple straight down a building’s face and not linger destructively in its cracks. They could have taught John Baldessari a thing or two about pointing.

A wonderful later discovery for me was the ancient maternal inspiration for building with bricks in Stephanie Dalley’s Myths from Mesopotamia. She suggests bricks then symbolised the essence of human creativity, the curve in the design of Mesopotamian bricks alluding to the pregnant female belly: Kulla the brick god might be male but he was made of clay like us and anyway would be banished with elaborate rituals from a building once it had been completed. The womb goddess Belet-ili, on the other hand, created us all – men to dig the soil and navvy canals while women were responsible for the labour force. Included among Belet-ili’s titles was ‘Brick of Lapis Lazuli’: the heavenly template of construction, no mere rude mechanical. Apart from Medh McGuckian, all this reminded me of something I’d read in a construction toy’s manual once: “The urge to create is equally strong in all children. Boys and girls. It’s the imagination that counts. Not skill.”

(And if you track that quote down you’ve got the answer to my riddle, by the way.) The word poet means maker, as we all know, and ‘Riddle’ makes mischief with history’s secrets, reducing identity, language and enquiry to the nippled building blocks of itself. As in my first poem here ‘The Rûm District’, I hope mystery gave rise to something you found interesting.

Ian Duhig’s ‘The Rûm District’ was first published in The Poetry Review, 104:4.