Kayo Chingonyi on perspective and reflection

In The Noise of a Fly Douglas Dunn’s poetic speaker is often to be found, either implicitly or otherwise, addressing those younger than himself, whether he is offering advice in poems like ‘A Teacher’s Notes’ or ‘The Wash’ or else speaking from a perspective informed by such things as the deaths of his contemporaries or shifts in social norms. It is no surprise that this speaker reflects more than once on a feeling of disorientation: “Closing a door on what was once my life, / My days, my work. Farewell, and so goodbye” (‘Leaving the Office’); “Who lives there, in that land of the utter truth? / Is it one of the delusions of youth, // Or the delusions of age and adulthood? / Well, I don’t know” (‘The Nothing-But’). 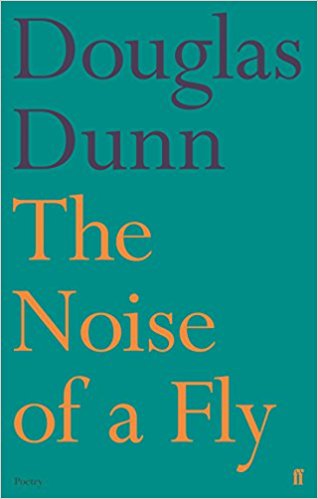 The interrogative mode of this latter passage is returned to in a number of the poems collected in this book, suggesting that age offers no final conclusions. The stanza break here illustrates this, undermining fixed notions of age and youth and instead arguing for the possibility that neither is the domain of “utter truth”. If “utter” here means “complete or absolute” (OED) then the inference is that there is a confidence that comes with youth and one that comes with age and both might be misguided. So, while Dunn’s poetic speaker is often didactic he might be so not out of confidence but out of insecurity, an insecurity that is reflected in the tone of the first passage quoted above. Though “what was once my life” seems hyperbolic it reflects on the feeling of loss attending retirement – when the wider culture offers few examples of what comes after. The metaphor used is particularly apt since a door conveys us across a threshold and we often close doors when taking our leave. This subtle resonance is a wonderful example of what Dunn is doing in the book as a whole: sounding a valedictory note while working out what comes next. Indeed ‘working out’ is another way of talking about what these poems do collectively; they reflect on a poet’s reckoning with time.

While there is an important sense in which the poems looking back add context to the more exegetical aspects of the book, there are some moments where the modes of address, usually from an older speaker to a younger reader, become problematic. So it is with the poem ‘Senex on Market Street’, which argues for the right of an older, presumably male, spectator to comment on how young women look:

There’s something I must tell – need you know this? –
I loved a woman who dressed as well as you;
But I can’t give the past false emphasis,
For even old love is for ever new.
When she walked out she dulcified the air;
And so do you. To say so’s only fair.

When this passage is read in the light of the first line of the poem, “Posh totty totter past on serious heels”, the poem cannot do anything but objectify those it ostensibly seeks to praise. Consequently the poem offers not so much the epiphany it gestures towards with the use of the word “dulcified”, as a reaffirmation of the notion that (straight, cis) maleness, and its stereotypical tropes, are the normative subjectivity. While this kind of myopia is not a frequent problem in the book, it does demonstrate an issue with the book’s sense of its audience, a gap that might have been written further into. What if the poem’s speaker had followed the impulse behind the question “need you know this?” and addressed men of his own generation and their sense[s] of entitlement instead? 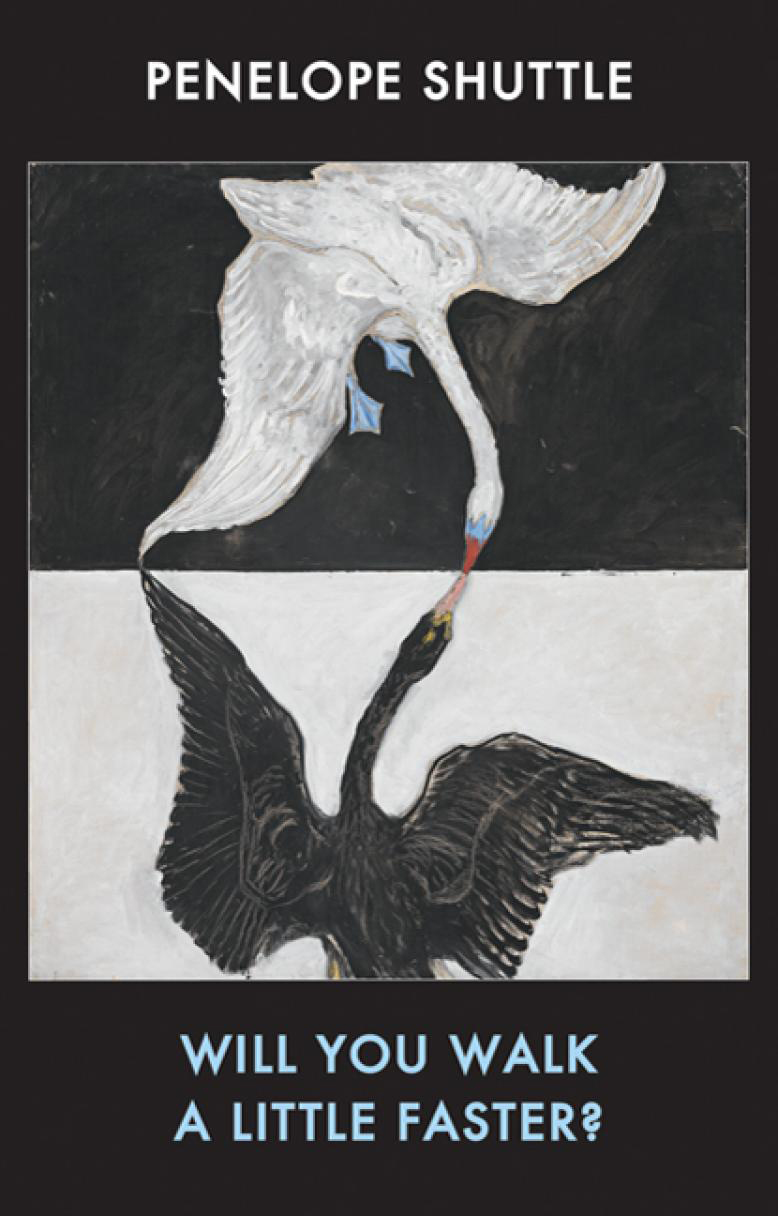 “My life, I can’t fool you, / you know me too well” begins the speaker in the opening poem of Penelope Shuttle’s latest collection, a book that takes its title from the entreaty at the heart of contemporary life. And if the world around us seems always to be saying “hurry up”, then this book exhorts its readers to slow down from time to time as well. So we have poems like ‘My Life’, quoted above, in which the speaker is in conversation with their own life which has become a person with a deep insight into the speaker’s personality. Elsewhere this same focus on gaining perspective is reflected in a number of poems looking back, we assume, to childhood:

The wonders of childhood are here in words such as “stardust” and in the speaker’s viewpoint; the father is “of” the air, a magical being drawn from the elements. That these wonders give way eventually is the poem’s main propositional content but this poem is a good example of how Shuttle’s poems say things. The lineation favours a fluid, improvisational rhythm over a more fixed pattern and there is a lot of space in Shuttle’s poems. This serves to fix an image in the mind and complicate and qualify that image as the poem unfolds. So, even though the end of the poem is expected and offers no new epiphany, the manner of getting there forces the reader to be present as they read, following clause after clause until the full picture is clear. In the process of reading the reader takes on the feeling of wonder that a child might have when trying to make sense of the adult world. This lends Shuttle’s poems a liveliness that belies their focus on what is lost to time or the process of looking back into a life. Indeed the presentation of these poems in this way adds an idiosyncratic aspect to what in the hands of another poet might be a plainer, less nuanced, poem.

This fluid lineation is a hallmark of this book and contributes to an overall feeling that Shuttle is in perfect control of her material even when the speakers falter:

Taken together these two passages are emblems of the book as a whole. On the one hand the impulse behind the poems is to address mortality, to face the passage of time and set the contemporary moment in context, and on the other hand there is a sense that looking back in order to do this might be a way of avoiding what is happening now. It is difficult not to align the speaker in ‘I often think’ with Shuttle, since we know of the loss to which she has returned often in her work, the death of her partner Peter Redgrove. Whether the speaker is or isn’t the poet, what we know, outside of the poem, suggests that Shuttle has insight into what the poem contains. Given this information the poem becomes an exploration of the ways in which the dead stay with us, how we think of them and hold them in our bodies. This gives the words quoted in the passage above a dual resonance as both an expression of grief and perhaps of relief, also. There is an intimacy to a word like “closer” which for a moment takes us away from thoughts of mortality to dwell on what closeness means; the overlap of two different people forming a unity. While there is a hardness to the sentiment expressed in the latter passage quoted above, the book attempts what “can’t be done” all the same and it is this that is one of its most emphatic statements: just because a thing cannot be done, that’s not to say there’s nothing interesting in the attempt.

Kayo Chingonyi is poetry editor at The White Review. His first full-length collection is Kumukanda (Chatto, 2017). This essay was first published in The Poetry Review, 108:1, Spring 2018. © The Poetry Review and the author.