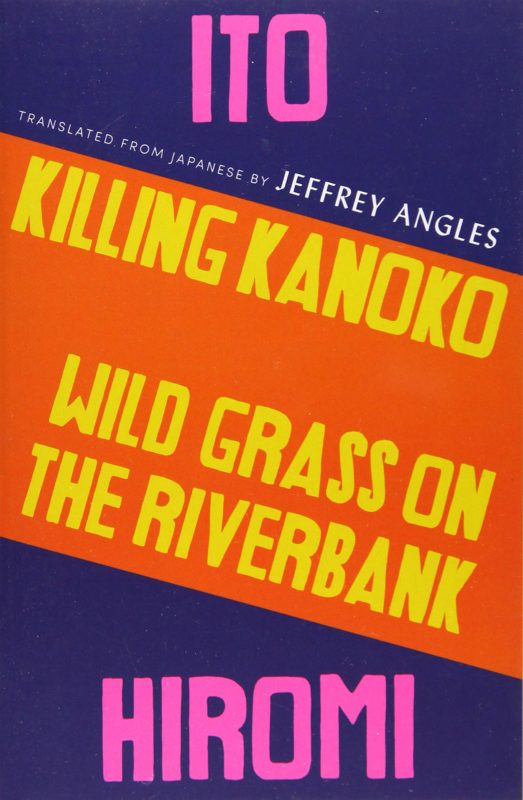 When Itō Hiromi’s poetry first emerged in 1970s Japan she was as cult-status-beloved as she was controversial. Emboldened by developing feminist discourses of the time, Itō’s poetry was known for channelling a torrential, everyday idiom and crossing, with flourish, into territories considered taboo for a woman – from childbirth to sex to the erotics of death. This boundless quality remains Itō’s indelible signature in an oeuvre that now spans countries, genres, and multiple translations, as well as an assortment of epithets: Itō, the contemporary “shamaness of poetry” (Kido Shuri); Itō, “a true sister of the Beats” (Anne Waldman).

This incredible range is the defining feature of a landmark dual collection of Itō’s poetry, Killing Kanoko / Wild Grass on the Riverbank. Translated from Japanese by Itō’s long-time translator and friend Jeffrey Angles, the book combines two distinct yet resonant volumes that together chart the mythopoetic dimensions of her work – namely, those peripheral, exilic zones wherein the human and non-human, the living and the dead, might mutate and merge. If these texts share a common property, it lies in Itō’s evident obsession with language – or what happens to language – as it ferries across that life/death border:

The sound of lips quivering like the buzz of an
insect had a meaning: “goldenrod.”
[…]

The sound of breath leaking through a half-opened mouth: “night,”
“gods,” “darkness.”
(‘On Ç’)

In Itō’s poetry, language, meaning-making, and death continuously coalesce. In this passage, language is also leakage, the sound of breath leaving a body – something inchoate that nevertheless generates a surfeit of oblique associations.

According to Angles’ extensive notes in the introduction, his translation process takes a similarly apophatic approach by which linguistic failures (ie what is “lost” in translation) might generate “new life”. The result is a translation that emanates care and playfulness across this terrain of loss, evincing a lush fusion of spoken language, Latinate neologisms, gratuitous profanity, and sparse punctuation. Moreover, Itō’s self-reflexive interrogations of language within the poems imbue Angles’ work with a compelling self-awareness of the ghostly losses that haunt it.

Throughout the provocative, highly somatic poems of Killing Kanoko, death is more often a site of excess than deprivation. “Whenever Ueno-san says poetry, it sounds like death”, declares the speaker of ‘A Poem for Ueno-San’, a poem-essay collaboration with feminist critic Professor Ueno Chizuko. Though the homonymic pun present in the Japanese text is absent, its loss seems only to exacerbate Itō’s notion of linguistic collapse between writing poetry and writing death. “Even when I know she’s talking about poetry / Death springs from her mouth”, Itō writes, which precedes one of many possible ars poeticas for her work: “Death, I say, death, I’m writing death”.

Certainly, one of the more fascinating residues of Itō’s death/poetry project is its simmering occult valences. Poems such as ‘Vinegar, Oil’, ‘Marjoram, Dill, Rosemary’, and ‘Coyote’, for example, channel ancestral knowledge passed down among women in Itō’s family. Such knowledge from beyond the grave, translated into the incantatory language of a kitchen grimoire, becomes a spell of protection over the speaker and what she desires:

I want to do these,
Show me,
I want to lick,
Tomorrow
(‘Vinegar, Oil’)

Itō’s feminist politics, as they relate to speech and silence, also emerge along occult lines, as when she trespasses into rooms of forbidden language. As a prime example, the collection’s titular ‘Killing Kanoko’ (Itō’s most anthologised poem) is an unsparing depiction of post-partum depression and infanticide, set to the refrain, “Congratulations on your destruction”. As the obscene moment pushes its way through the membrane of that-which-should-remain-hidden, new questions emerge for readers immersed in Itō’s roiling lament: of what violence am I capable? from what violence do I turn away?

Though a stark formal departure, the collection’s otherworldly second volume, Wild Grass on the Riverbank, similarly implicates the reader in its refusal to look away from obscenity and violence. This surreal novel-in-verse is, in every sense, a coming-of-age story, divided into poem-chapters that are as bizarre as they are devastating. Inspired by Itō’s own difficult experience of relocating to the US in the 1980s, the narrative’s primary concerns are the politics of migration, as told through the voice of a child-protagonist, Natsukusa, who must cross borders between two volatile settings: “the wasteland” (ie southern California) and “the riverbank” (ie Kumamoto).

On her migration journeys, Natsukusa perceives the intimate entanglement of life and death as a seemingly limitless source of transformation. Yet this transformation, she learns, is never a pure process; rather, it is always already caught up in larger power structures beyond her control. The immanence of patriarchal violence in the wasteland, for instance, manifests in her mother’s abuse at the hands of a despotic, shape-shifting corpse-father, someone not fully alive yet not fully dead. “Father’s corpse got tangled with mother,” readers learn in ‘We Live in the Wasteland’, “mother got tangled in father’s corpse”.

The dire situation of Natsukusa’s home life also extends to a non-human world saturated with violence and environmental destruction. As a child, however, Natsukusa cannot yet verbalise the broader oppressive systems of the Anthropocene that inflict this violence, latent in the text as capitalism, militant nationalism, and hetero-patriarchy. Instead, as we might expect of a child, she describes only what strikes her as aberrant (and abhorrent) in the natural world around her, such as “bad passports” (‘We Make Our Way In’), stinking crematoriums, anthropomorphised plants, or the “savage ferocity” of the Santa Ana wind (‘We Live in the Wasteland’).

Reading across these apocalyptic landscapes, I found myself thinking often of Joyelle McSweeney’s concept of the necropastoral, a political-poetic mode in which experience of the non-human world cannot be separated from the human violence inflicted upon it. “The Necropastoral is a strange meetingplace for the poet and death,” McSweeney writes in ‘What is the Necropastoral’, published online at the Poetry Foundation, “for the dead to meet the dead, or for the seemingly singular-bodied human to be revealed as part of an inhuman multiple body.” (Fittingly, McSweeney, along with Johannes Göransson, was the first to publish Angles’ translations of these volumes through the US press Action Books.)

We might understand Natsukusa, then, as less Orphic in her strange meetings with the dead than coexistent with them. As she confides in the final poem, she wishes to “become part of the riverbank”, to participate in its cycles of attrition and fecundity where “Living is / More commonplace / Than dying” (‘We Leave the Riverbank and Return to the Wasteland’). It is at the riverbank, in fact, where Natsukusa finally channels her anger at all she has witnessed into a moment of clarifying rage:

Like the invocatory language of ‘Killing Kanoko’, Natsukusa’s direct and unadorned speech is a sharply sensitising moment. From my own reading position – eight months into a global pandemic, and on the day the UK government rescinds free meals to schoolchildren – these words linger like a howl or wound, a belated laugh in a dark room. Even hours later, they summon to mind Revolutionary Letters by Diane di Prima (who died a week ago at the time of writing): “You can have what you ask for, ask for / everything”. True sister of the Beats as she may be, Itō’s petition, via Natsukusa, might then sound something like: “I wish there was no such power / We’d be fine if there was no such thing” (‘We Make Our Way In’).

To “ask for everything” is a revolutionary act, a faithful gesture towards possibility. As Angles’ stirring translation exemplifies so well, Itō’s poetry undoubtedly asks much of its reader, and in so doing enlarges the boundaries of what poetry might be. Affronting yet absorbing, oracular yet darkly humorous, the verdant language of Killing Kanoko / Wild Grass on the Riverbank is remarkable in its resistance to easy consumption, demanding to be read always in its relationship to limitation, power, and the porous membrane between the living and the dead. For Itō to ask anything less of her readers would not do justice to her “growing, laughing, living body” (‘I Am Anjuhimeko’) of innovative work – still humming in its radical charge, and the “strange meetingplaces” of our current moment. 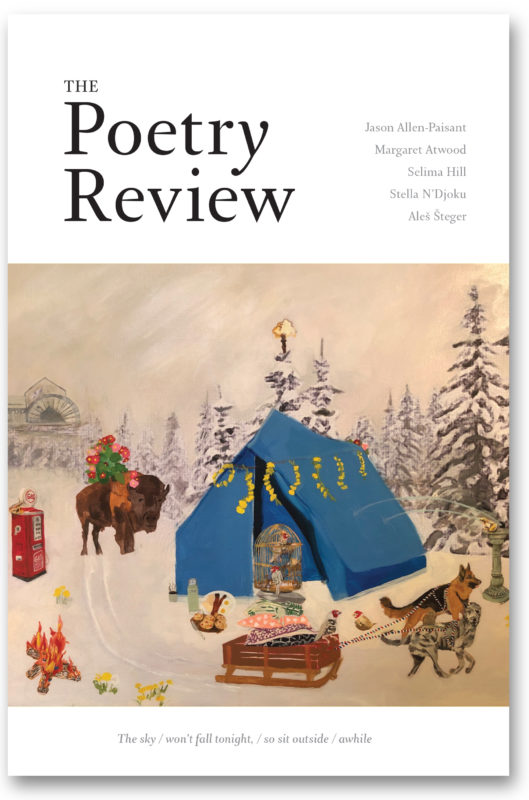