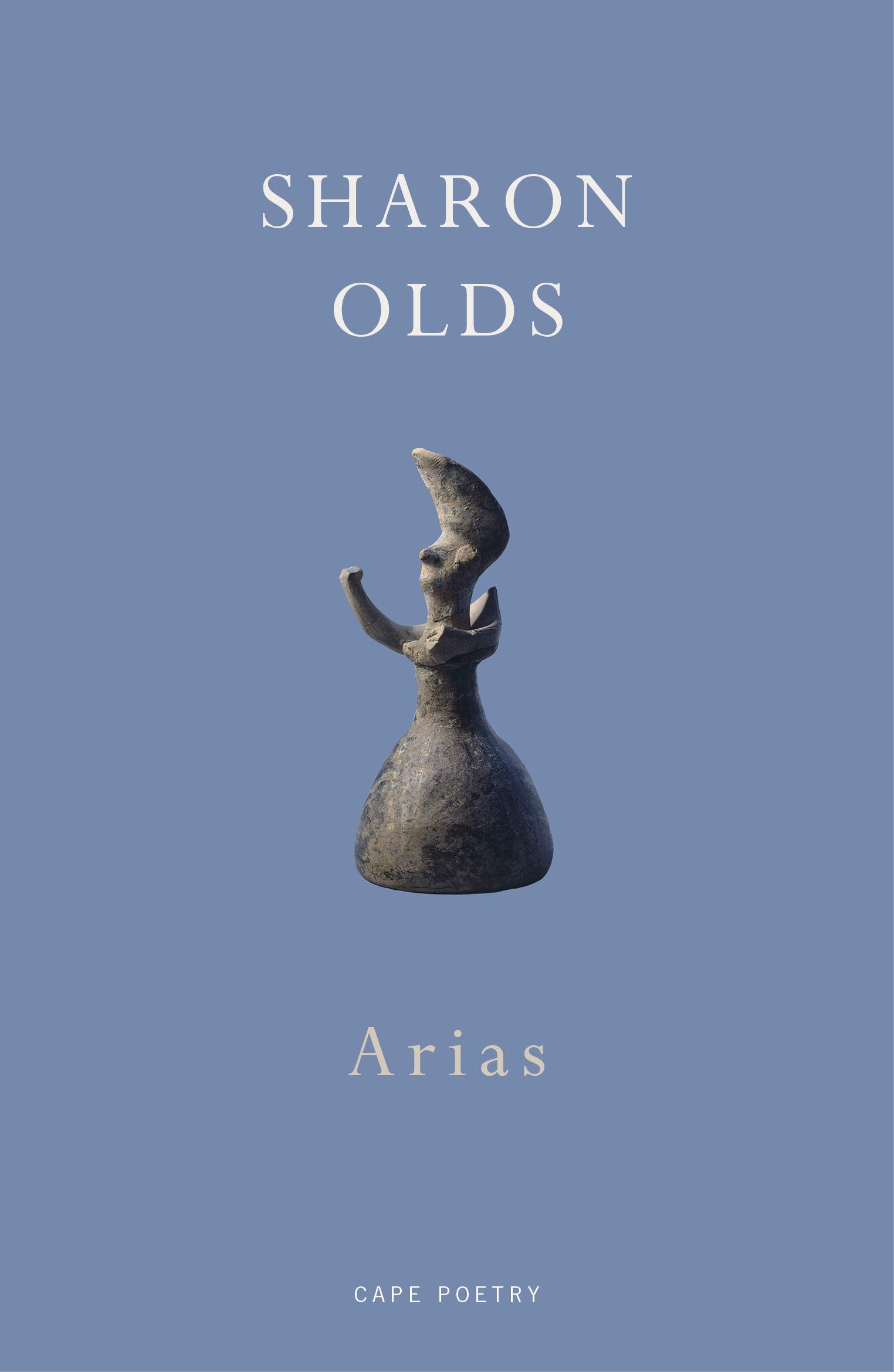 One especially curious product of these times is the tendency to announce small and large happenings on social media with the qualification “some personal news”. I believe this phrase is a gesture towards the reader, like the title or first line of a poem. Don Paterson, in his treatise on poetry, The Poem (2018), says that as well as being a writerly mode, poetry is a mode of reading, and of “reading-in” most especially. When we are presented with a poem, this is an invitation to read it as a poem. As a consequence of this agreement, a wide range of linguistic and literary performances become possible. The two poets under discussion in this review are poets for whom this playful space continues to be a wellspring.

Readers of Stag’s Leap (2012) and Odes (2016) will recognise the strategies Sharon Olds employs in her latest collection, Arias. Here, again, we find poems reckoning with raced subjectivity, the palaver of embodiment, the facts of being late, or ostensibly late, in one’s life. Reading Arias means interacting with the slipperiness of lyric self-presentation. And this idea of presentation is crucial to grasping these poems, many of which focus on the self-consciously mundane. Consider this from early in the book:

And in the room, there is
a question, alive – would I have risked harm
to try to protect you, as I hope I would risk it
for a cousin, a niece, or would I have stood
aside, in the ordinary cowardice and self-
interest of my flesh
(‘Meeting a Stranger’)

The word “ordinary” feels important to the poem as it speaks to the kind of unthinking response Olds is trying to interrogate. The pairing of this word with “cowardice” points to a kind of white guilt that Olds has explored in earlier poems like ‘On the Subway’ and ‘White Anglo-Saxon Protestant’ but which is a presiding tension in this book (the poem that opens the book, ‘For You’, has the words “tray”, “phone”, and “martin” becoming “Trayvon Martin”, showing this guilt as foundational to the speaker). While it is important to engage in these interrogations, I read Arias with a sense that the speakers in such poems too often seek absolution from the reader rather than embarking on the more uncomfortable process of change. It is striking that the speakers seem to be fixing these othered subjectivities in place rather than allowing a more dynamic relationship. In ‘Meeting a Stranger’ no meeting meaningfully occurs. This, I think, is a conceptual failure in the book in terms of its critique of pervasive understandings of race and raced subjectivity. Olds seems aware of this failure, though it would be interesting to see what would happen to the poems if they began by interrogating the compulsion to seek forgiveness before soothing those we hurt.

Where the book is particularly moving is in the memorial poems that constitute the ‘Arias’ section. These poems share an interest in expansive voicings as well as a sense of occasion that it is fair to say Olds has mastered. So it is that we find ourselves moving, in the space of a few pages, from miscarriage, to a view of Seattle, to the anus. Once again Olds is engaged in a permissive poetics which expands the field by offering poems ‘about’ the full range of lived experience and especially the lived experience of the woman who speaks these poems. It is here that the poems become uncomfortable and, in these poems, discomfort is a wonderfully generative space. Let’s look at ‘Object Permanence Aria’ which takes us back to babyhood:

Before going any further it would be remiss of me to ignore the fluency with which Olds uses metaphor (the word “cage” here subtly recalls an earlier passage in which the younger sister is figured as a “warm-blooded aquarium dweller”). This serves to situate the sisters in a mutual trap of youth but also connects the reader anew to what this period of hyper-dependence on elders might be like given language. That the poem reaffirms the importance of sisterly kinship is moving in the context of Olds’s wider corpus. Reading the poems chronologically is like watching a lifetime unfold and being reminded that the past, as Michael Donaghy had it in ‘Black Ice and Rain’, “falls open anywhere”. This presents the memorial process as necessarily unstable. When Olds is on this kind of provisional ground in her poems, reading them becomes thrillingly tense.

Major Jackson is adept at a kind of autofictive poem in which the identity of the speaker is ambiguous even as the speaker resembles the poet. The notion of personae is an important thread in The Absurd Man, which finds Jackson more playful than ever:

Forgive his pretenses, he
who wrote that last sentence. It is probably
true he wrote most of this, but I am unsure
for I live just behind him, a single keystroke
shy of his many thoughts.
(‘Major and I’) 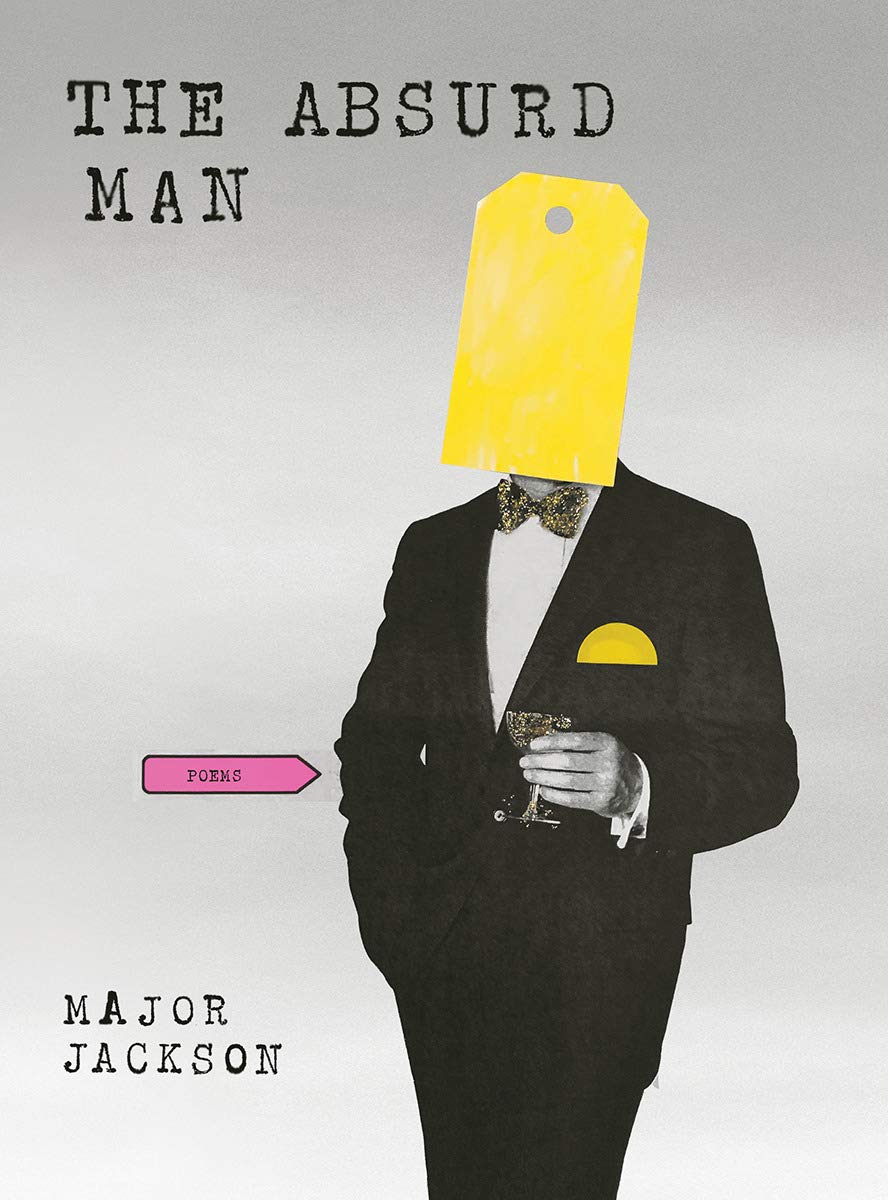 There are very few who can break lines with this kind of finesse. There is a propulsive energy at play here which is characteristic of the balance between free verse and closed-form musicality in Jackson’s work. What this kind of balance does, in a poem like ‘Major and I’ is present the self in conflict split between “wood-paneled libraries” and a “gangster lean” (a central tension in many of Jackson’s early urban pastoral poems like ‘Blunts’, ‘Hoops’, and ‘The Mighty Pawns’ is the difficulty of navigating this same gulf). That the setting has shifted to Vermont, from North Philly, doesn’t take away from this tendency but rather further exemplifies the ruptures to which the self is subjected by migration. To dwell briefly on the title of the collection, which is a reference to Albert Camus’ philosophical project (in such works as The Myth of Sisyphus), it seems Jackson is drawing our attention to Camus as a way of foregrounding the phenomenological qualities of these poems, many of which are concerned with the process of trying to live with meaning as one who “does nothing for the eternal”.

In spite of this thread of scepticism there is a hopeful quality reflected in The Absurd Man that hints at the process of healing or at least acceptance. So, midway, we have this moment of awkwardness between father and grown-up son in ‘My Son and Me’:

The conversation
has just ramped up and he wants
to know why I did it, how I could have betrayed
our family. 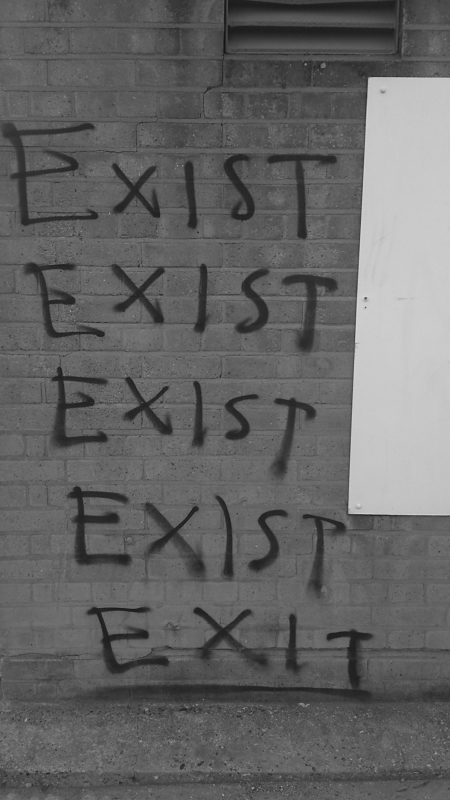 The poem is daring in that it takes us to the heart of such a scene, but it sits in the context of father and son catching up over a drink and exchanging small talk with the bartender. The poem is, therefore, about the discomfort between father and son as well as the wider sense in which our existence in relation to others is beset by frequent misunderstandings (perhaps because of the ‘absurd’ predicament we find ourselves in). In another format the poem might have ended with the crisis, but to feel its sting alongside the love between father and son is staggering because of the way it reinscribes the possibility of more than one thing being true. The Absurd Man, then, is a cipher, ghosting the lived experience of the speaker, always in a battle for dominance of the narrative. As you might imagine, this fricative process is the stuff of page-turning poetry. This fifth book finds Jackson at his dependably adept best.

One of my favourite examples of concrete poetry, reproduced above, is a piece I found spraypainted on a wall in Bow, East London. It seems to me that both Jackson and Olds are engaged in the arcane business of such poetry, that of reminding us that time passes quick, taking its leave of us without ceremony. 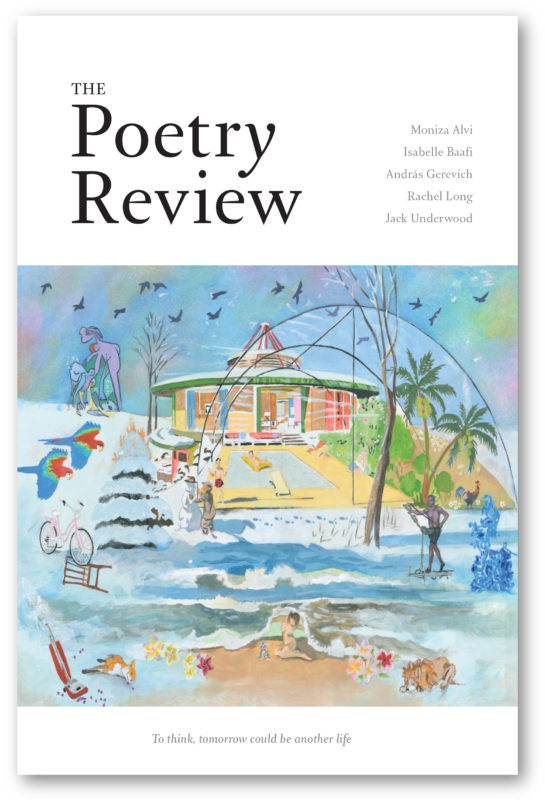