Ciaran Carson and Derek Mahon, two of the most influential Irish poets of the past decades, died a year apart, just weeks before the publication of their new collections, now posthumous adieus. As their punning titles suggest, both poets were already preoccupied with the end, though these collections approach the idea at times playfully. Revisiting themes that fascinated their authors throughout their extraordinarily rich careers, these poems are imbued with a sense of the testamentary, providing a final stocktaking of poetic interests as well as meditations on craft and the role of the artist. 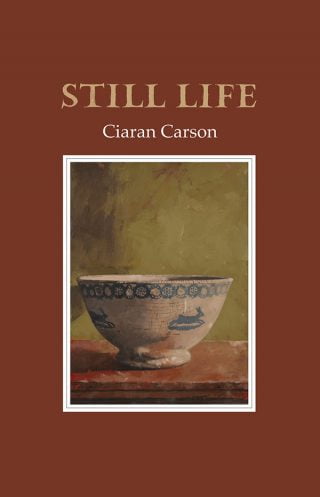 Carson’s gorgeous sequence Still Life ranks among his very best work. Written over the course of just a few months following a terminal cancer diagnosis, this characteristically discursive and witty collection reads like an envoi to his wife Deirdre. The lapse of time is marked, symbolically, by the decay of a lemon – “we wanted to see with our own eyes / The end of the life cycle of the lemon” (‘Angela Hackett’) – and the development of a building site near their Belfast home. Frequent mentions of hospital visits and medical treatments in turn augur Carson’s own decline. Yet while the mood is elegiac, the collection is above all a paean to art and life – to the senses, the mind, and love.
As the title implies, paintings are central to the sequence. In real time, the speaker never ventures outside Belfast, but Carson uses ekphrasis to expand the poems beyond the here and now. The speaker asserts in a poem on Basil Blackshaw’s Window series that “everything we look at is conditioned by the eye of memory”, and so each poem is premised on a painting that held some particular significance for Carson, from famous artists such as Monet and Cézanne to lesser-known painters such as Angela Hackett and Jeffrey Morgan.

Critic Nicholas Allen has described Carson’s writing as an “associative labyrinth”, and Still Life is a glorious final display of the poet’s palimpsestic mind. The artworks are not primarily objects of analysis; instead, they become aide-mémoires and stimulants for the imagination. A string of associations triggered by a tiny visual detail can encompass everything, from sensory perception and memory to poetics and scholarship. And history: Carson was an unparallelled chronicler of Northern Ireland’s traumatic past, for instance in The Irish for No (1987) and Belfast Confetti (1989). Several poems in Still Life exhume the “buried memory” of the Troubles. A long poem inspired by Yves Klein’s International Klein Blue paintings starts with a meditation on colour yet ends with memories of carnage returning: “The people who had set the bombs apologised in empty language. / Firemen shovelled into body bags the unspeakable remains of the day.”

The reference to the paramilitaries’ “empty language” is telling. Carson has always been known for his remarkable multilingual linguistic sensibility. In all of his work, seemingly random elements are linked through etymology or felicitous phonetic correspondences. Thus we can go from the cannula delivering the chemo into the poet’s veins to the Venetian painter Canaletto, and in the first of three poems inspired by Nicolas Poussin the speaker wanders off into a wonderful meditation on the etymology of “stanza”, “a room; a place wherein / You stand”: “the poem as a verbal suite / Of interconnecting rooms”.

Although he has an exceptional eye for colour, texture, and detail (the poem on a Caillebotte painting is a descriptive masterclass), for Carson everything is ultimately language. He even sees his trademark capacious lines, “measured […] by the width of an A4 page” (‘Joachim Patinir’), reflected in the works of art they portray: in Poussin’s Landscape with a Man Washing His Feet at a Fountain, “a line of blue hills in the distance is contoured like a monumental sentence” (‘Claude Monet’). In Still Life, the writing itself has become monumental and a marker of time, its implements memorials to their user:

It’s beautiful weather, the 30th of March, and tomorrow the clocks go forward.
How strange it is to be lying here listening to whatever it is is going on.
The days are getting longer now, however many of them I have left.
And the pencil I am writing this with, old as it is, will easily outlast their end.
(‘Claude Monet’) 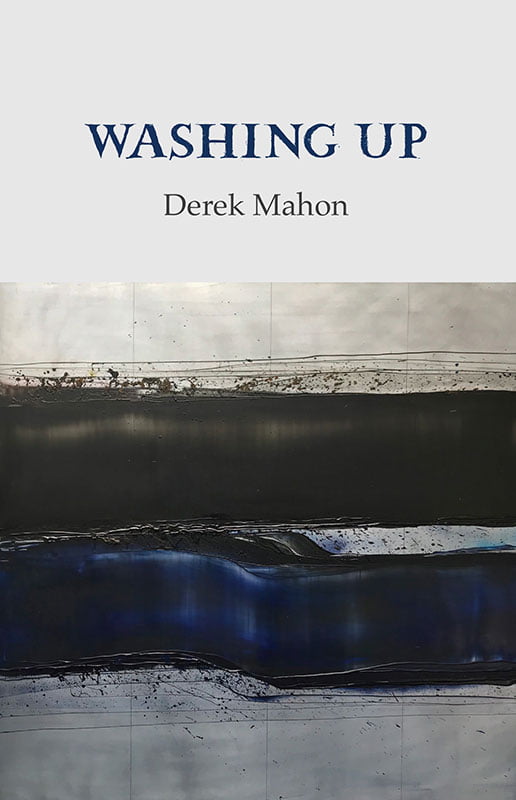 The art of writing under the shadow of death is also a central theme in Washing Up, though for Derek Mahon the threat of the end was at the time of writing less defined than for Carson. Mahon is often known for his habitual air of mild irony and his verbal playfulness, and this sensibility also marks his powerful final collection. The title’s multi-layered pun draws together several key themes: ageing and decline, water and the environment, and how we leave the world behind.

While Carson’s Still Life, with its ekphrasis of landscapes, is a collection of the land and the air, Washing Up is a more briny endeavour. The sea is everywhere: rippling over poems and seeping through their foundations. In the title poem, the speaker calls himself a plongeur, dishwasher but also diver; job done, he “step[s] outside to watch the sea / washing up in the estuary”.

Washing Up is typically wide-ranging in its interests, intertextual references, and use of personae, but perhaps the guiding theme is the question of how poetry can still have purpose in a time blemished by “world coercion, multinational crime, / the feral capitalism and climate change / so many take as only natural” (‘Word to the Wise’) and the “enforced parenthesis” of the Covid-19 pandemic (‘A Fox in Grafton St.’). And what role might a senescent poet “fond of anachronistic rhymes” (‘Washing Up’) and with an unmodish Yeatsian streak still play in a world which is, well, no country for old men?

The collection contains no conclusive answers or grand activist gestures, though it condemns human destructiveness throughout. The potent triptych ‘Algae’, about three different types of seaweed, rails against the wanton devastation of the environment, and ends with a plea on behalf of the non-human: “Just let the old birch and hazel be, / and the cloud forests of the sea”. But those who used to resist, Mahon wryly suggests, have themselves succumbed to the lure of capitalism, or retreated from urban society and “further nonsense from the twittering world” to environments where “from the trees / creaking in a sea breeze / the crows invigilate with watchful eyes” (‘Open Air’).

Mahon remained a masterful poet to the end, but there are occasional traces of self-repetition across his later oeuvre. Aptly, perhaps, given its concern with the environment, Washing Up too sometimes recycles elements from earlier poems. And while his sinuous rhymes and run-on sentences are often delightful, Mahon’s linguistic capers can detract from the overall effect, even (or particularly) when he is obviously fooling around, as when he rhymes “schmoozy” with “bourgeousie” (‘Saxophone’), or “daily habit” with “busy Hobbit” (‘Among the Rocks’) (perhaps a nod to Keats’ “deceiving elf”?).

These collections, though suffused with a sense of mortality, are alive, playful, abundant – and deeply in love with language. While Carson’s lines are rooted in memory and mark the approach of death, Mahon’s reflections on ageing contain a greater sense of futurity as they ponder the utility of verse in today’s world: “What earthly use, though? No fine words of mine / will save the drowned child at the waterline / or a condemned forest from the chainsaw” (‘Alone in the Dark’).

But there is hope yet for the old poet, even if he is no longer truly a Shelleyan legislator of the world: “the imagination, once in play / can work strange miracles from day to day” (‘Alone in the Dark’). And at the end of poetry there is still peace to be found, in the certitudes of the quotidian and the ordinary wonders of love: “It’s getting late; but suddenly I hear / your footstep, and a key turns in the door.” 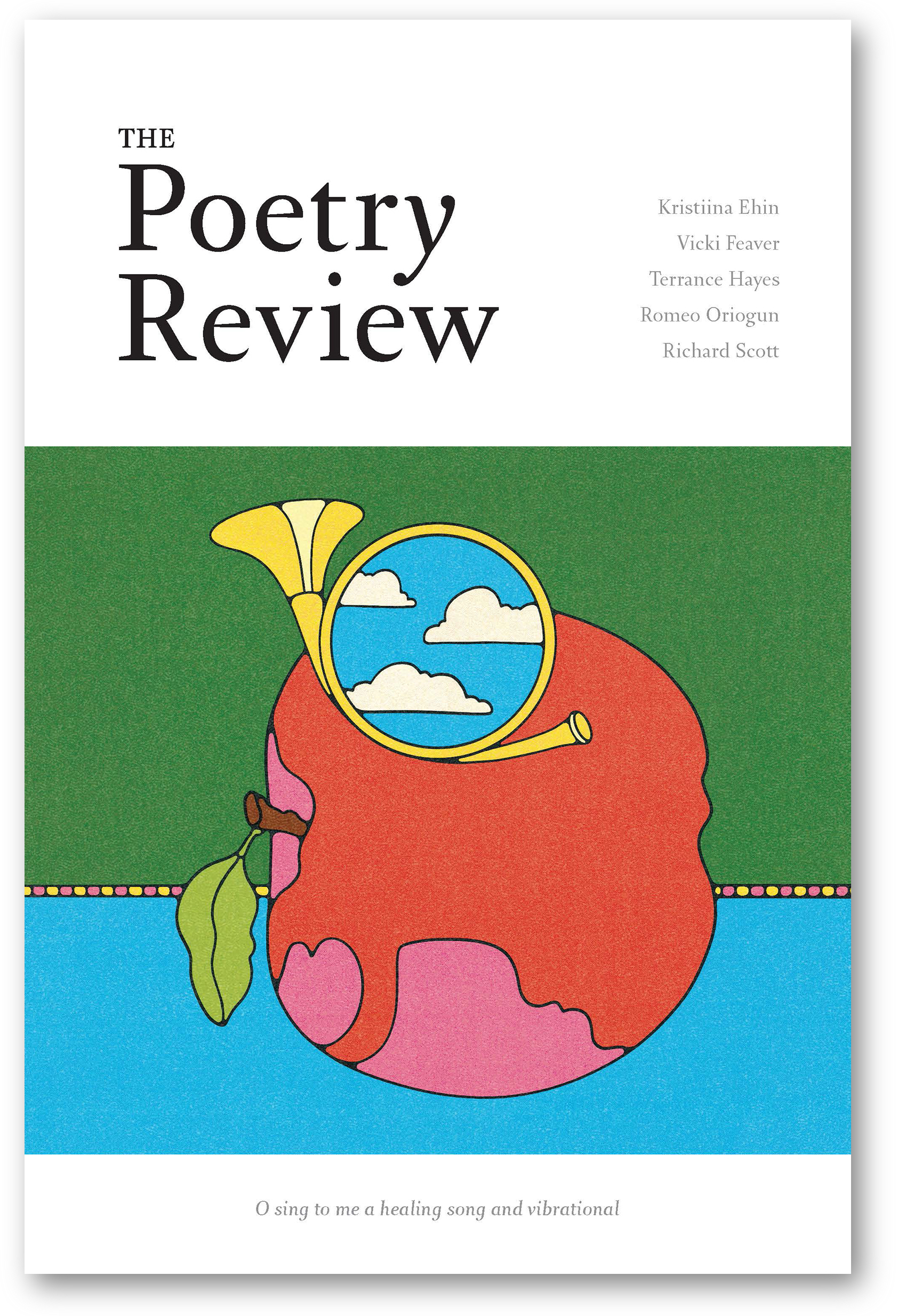