Helen Mort on elemental preoccupations in Armitage and Burnside 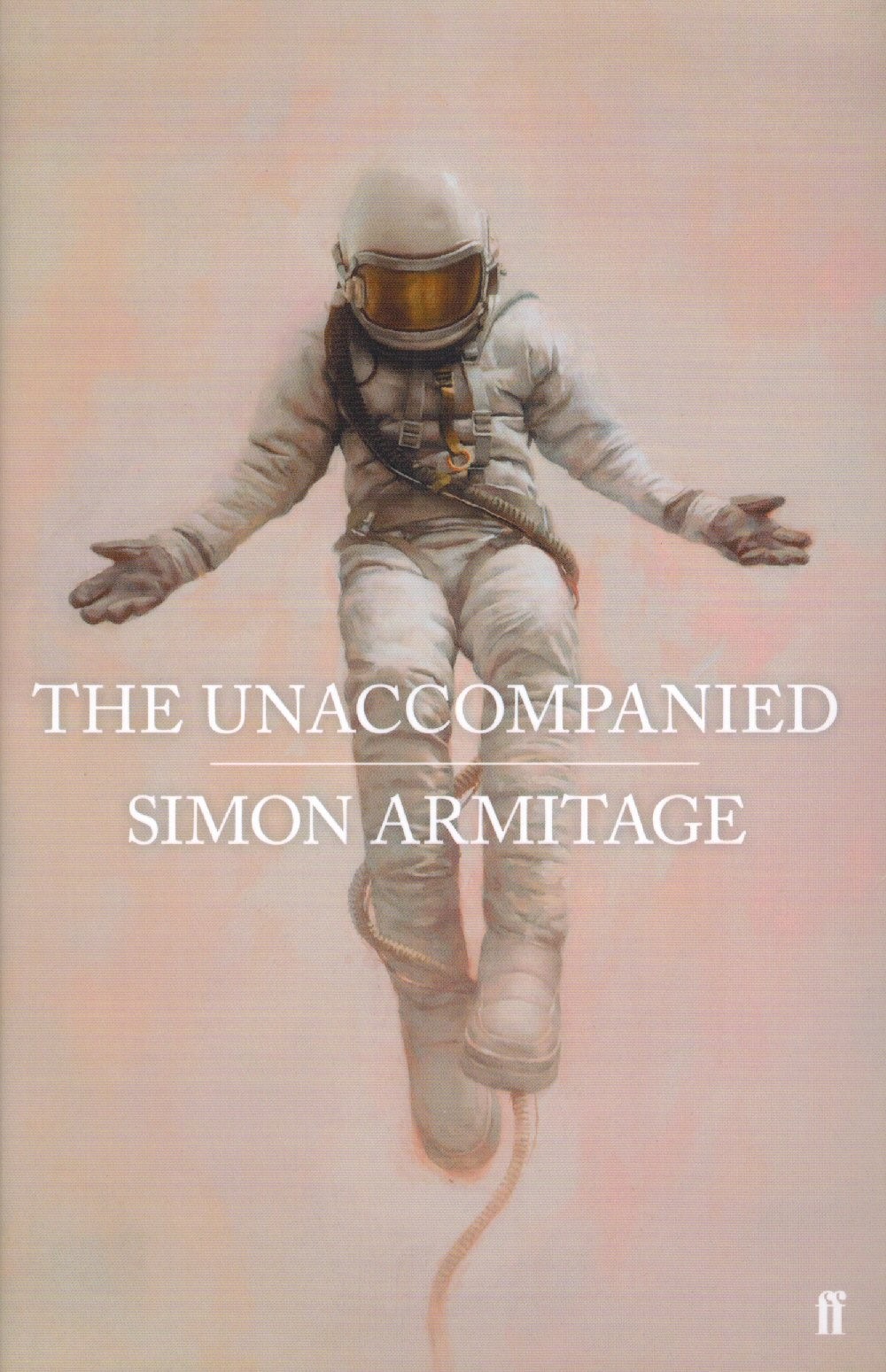 Simon Armitage’s latest collection – his first full-length book of new poems in over a decade – bears comparison to the taut lines of Robert Frost’s poem ‘Fire and Ice’ and the tension it sets up between two different kinds of destruction: “Some say the world will end in fire, / Some say in ice.” Like Frost’s, Armitage’s is a subtly apocalyptic vision. His latest poems offer a nuanced take on alienation, economic recession and social division – persuasive rather than brow-beating.

The Unaccompanied begins with images of melting: the tragicomic journey of the ‘Last Snowman’ or the narrator in ‘The Present’ who recalls holding an icicle in his hand, returning to his daughter with “nothing to pass on, nothing to hold”. Ice and cold are often used to evoke a generational gap, an inability to connect. ‘The Ice Age’ imagines a cold morning on Wakefield Westgate Station, “Frost scrimshawed on waiting-room windows” and a skinny boy shivering in a patch of sunlight, perhaps still up after a night out:

Take off your coat and hold it towards him.
Offer it knowingly,
brother to brother.

But he shakes his head, wants nothing from a man
with a train to catch and a coat to spare,
from the hundred-year-old

with the minted smile and retro shoes
and the ironed collar.
He says no, and your blood freezes over.

Lingering on that “you”, the reader might feel as if they are the one snubbed, out of touch. Armitage expertly creates a sense of complicity throughout The Unaccompanied. There’s a cool tone to many of the poems, a sense of preserving cold. The sensuous, chilling ‘Glencoe’ imagines a night alone in the mountains, “Snow like a thrown sheet // over a lost friend”. The iciness of the book fits with its elegiac tone, apparent in surreal but mournful pieces like ‘Portrait of a Maharajah’ or ‘The Holy Land’ (which presents an image of Christ born under Tinsley Viaduct) but also in the haunting simplicity of poems like ‘Poor Old Soul’, in which an elderly man is depicted “hunched and skeletal under a pile of clothes, / a Saxon king unearthed in a ditch”. Ice and snow are sometimes redemptive too, as well as emblems of loss. In ‘The Claim’, a man who we find “Working the mountain, working the mine”, recalls a rare moment of contact with the outside world when he “stumbled out once into snow, to a vision / of clear night skies and profound whiteness asleep / on the ground, into which I walked and was risen.”

There are moments of private discovery in The Unaccompanied: the title poem – placed almost-last in the book – is a ghostly evocation of a man walking alone and hearing strange music, “Songs about mills and mines and a great war”. One of the most subtly arresting images in the collection is in one of its quieter poems, ‘The Candlelighter’, which imagines walking with a dog on a lakeland fell, and encountering another creature:

I stood in some blind spot of its dark eye
and deer and dog were still and unaware
and stayed that way, divided by the wall:
wild stag and hunting hound in separate worlds […]

This seems an apt motif for the political context The Unaccompanied excavates – how we stand, close and divided, unable to fully connect to things that are going on beside us. Beauty and fear, a sense that something might break the spell at any moment.

The Unaccompanied is also a book of fire, Frost’s first metaphor for destruction – flames or sparks are recurring images throughout. The stag in ‘The Candlelighter’ holds “morning beaconed in its flaming horns”. In ‘October’, an elderly churchwarden makes a pyre of “sympathy cards and wreaths”. In ‘Prometheus’, a father offers his son a spark plug, the gap between its electrodes “like the finger of man and the finger of God” and we see “Within that divide, in the daylight there, / the glint in his eye, the makings of fire”. There’s a sense of something kindling in many of the sharp list poems in the book – ‘Poundland’ nods towards Dante’s inferno, while ‘Thank You for Waiting’ is satire at its best, sending up the hierarchy of aircraft boarding:

In the searing ‘Emergency’, the narrator observes “The horizon ablaze” and wonders “is it moor-fire or sundown?” The poem is an incendiary piece that catalogues the destruction of a town:

The four-pump petrol garage
finally closed,
its defeated owner
inhaling his ghost
in a disused quarry
by coupling the lips of his car exhaust
to the roots of his lungs
via a garden hose […]

The narrator is left languishing in the local taproom wondering: “What is it we do now?”, or walking the streets, harbouring strange dreams of “fire-fighting forefathers” who “appear, cosmonaut-like, / breathing from oxygen cylinders”. 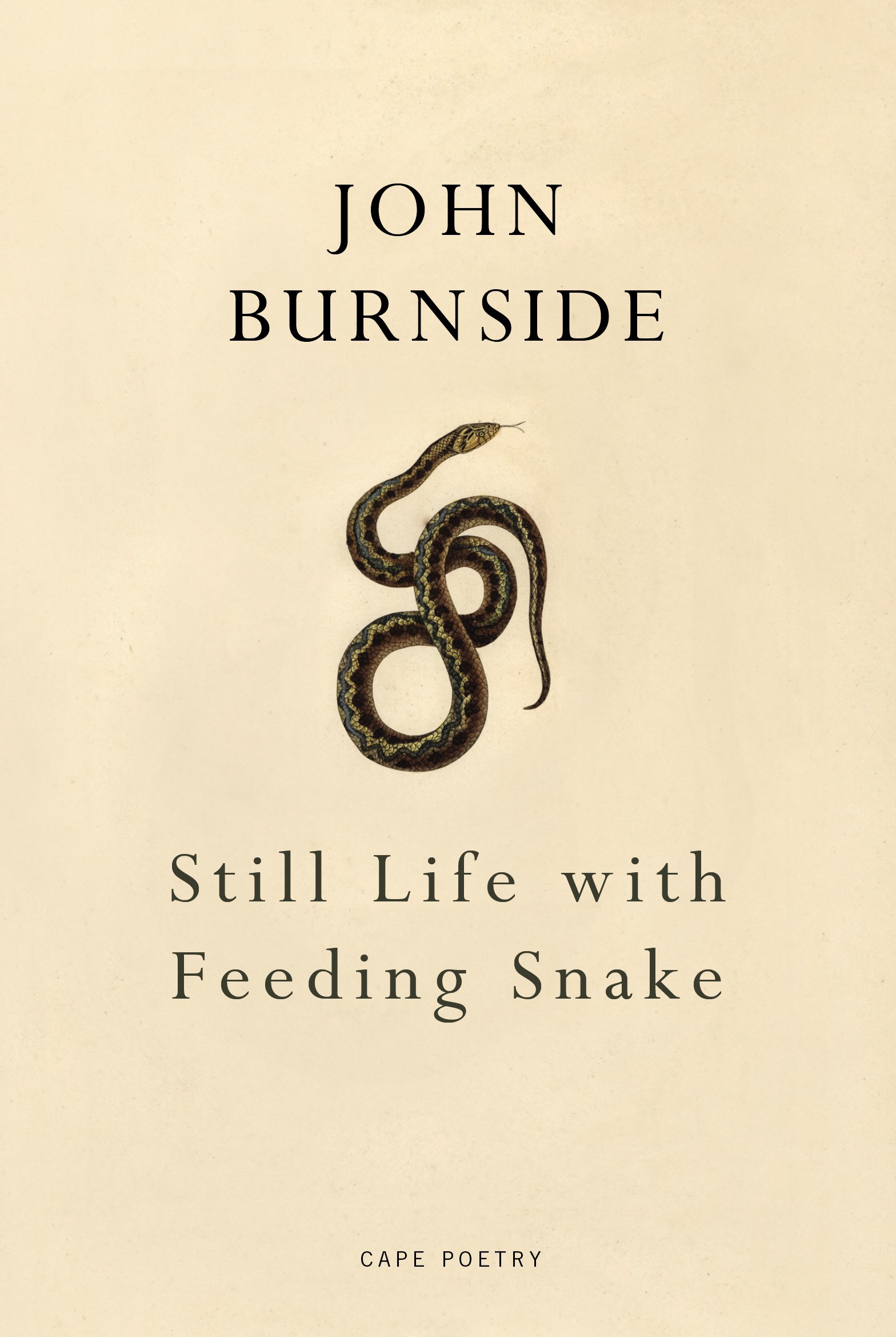 The image of the astronaut also assumes a brooding presence in John Burnside’s Still Life with Feeding Snake. One of the early poems, ‘Blue’ tells the story of three Russian cosmonauts who became the first human beings to die in space in 1971, blending their narrative with an account of a troubled birth. Throughout the collection, a lost brother is reimagined, cosmically adrift: ‘With the Discovery of Cosmic Background Radiation, My Brother Returns from the Hereafter as a Russian Cosmonaut’ casts the lost child as perpetually floating: “You’ve been out there for years, imagining / a world you’ve never known”. We infer the same figure in ‘Still Life with Lost Cosmonaut’:

I see you drifting in the selfsame light
that I inhabit, wishing not

to occupy, or slip loose, or possess,
life being more to me than I could ever

In his memoir A Lie About My Father (2006), Burnside writes about what he calls “Ghost Brother syndrome”, a childhood preoccupation with absent siblings; he also discusses the loss of his brother to ‘blue baby syndrome’, an illness that nearly claimed Burnside too. The colour blue filters into many of the poems in this collection: the “blue of empty windows miles from home” in ‘In Praise of Flight’, the “Cousteau-blue / of TV” in ‘Midwinter, 2013, Arncroach’, the “fabled blue / of those who travel far into the rain” in ‘Memories of a Non-existent Childhood’. The whole collection seems rain-washed and enchanted, calling to mind the love affair with blue Maggie Nelson evokes so painstakingly in Bluets.

In a 2002 Areté article, Graeme Richardson accused Burnside of a “sentimentalised unknowing”, an attraction to mystery for its own sake, attacking his reliance on words like “someone”, “somewhere”; and “something” as emblems of a kind of vague liminality. The blurb for Still Life with Feeding Snake promises us a book that engages with “the question of this contested, liminal world”, and there are poems in the collection that resonate with Burnside’s trademark ‘unknowing’: a reference to “the sense of a former life / at the back of our minds” in ‘Pluviose’, or the “fêted doubles” in ‘In Praise of Flight’. But there’s a sense that Still Life with Feeding Snake sees John Burnside finding less abstract motifs for his preoccupation with parallel worlds and double lives – instead, we find astronauts, still life scenes, St George and the Dragon. It isn’t that these motifs have been absent in previous collections, just that they seem to occupy more space in the work here. A poem like ‘The Lazarus Taxa’ – a parish poem to the jellyfish – almost seems to imply that the narrator is interrogating his own fondness for the liminal: “If any man were safe / to love, it would be // Lazarus, awake between two worlds, / until a word recalls him from the field”.

Burnside’s explorations of otherworldly duality seem to cohere around images drawn from family (a theme that was also strikingly apparent in his 2014 collection All One Breath). ‘Pluviose’ refers to “the life I lost on the way to school” but ends on an image of faces: “a sister’s disdain, or a grandmother’s folded smile”. Still Life with Feeding Snake finds John Burnside examining an “unrequited boyhood” (‘Poem on a Line of George Seferis’) in a more direct and sustained way than before. One of the collection’s early poems, ‘Sirens’, sets this up, looking at the boundary between imagination and fact in family stories: a mother sits in the doctor’s waiting room, vividly imagining what her son will become:

a man walking home from work – a designer, say –
he crosses the street to buy
some blue-veined or goat’s milk cheese and a bottle of Muscat,

or maybe a box of truffles, topped
with ginger and candied peel,
as a gift for his wife.

Even Richardson would struggle to find “sentimentalised unknowing” in Burnside’s fifteenth collection. 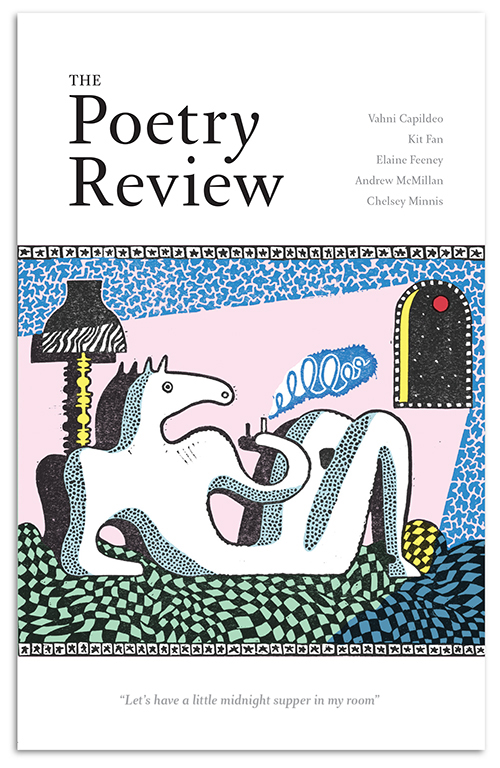 Helen Mort has published two collections with Chatto & Windus, Division Street (2013) and No Map Could Show Them (2016). This review was first published in The Poetry Review, 107:2, Summer 2017. © The Poetry Review and the author.