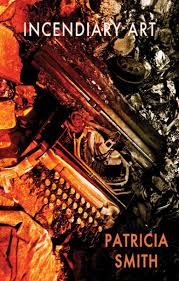 Incendiary Art is unlike any contemporary poetry collection I’ve ever read. It hits you hard in the head, heart and guts. As its title suggests, it is incandescent with emotions that implode, rage and blaze on the page. In recent years, contemporary American poets such as Morgan Parker, Jericho Brown, Danez Smith and Claudia Rankine have written powerfully and radically about issues of race, gender and the body. In this new collection, Patricia Smith similarly confronts the racial violence systematically enacted against black lives as well as how such traumas are embodied and inherited in the twentieth- and twenty-first century. The effects are devastating and make for difficult but compelling reading.

The book is divided into four sections: ‘Incendiary’, ‘When Black Men Drown Their Daughters’, ‘Accidental’ and ‘Shooting Into The Mirror’. The backdrop centres around the brutal murder of Emmett Till, a fourteen-year-old African American boy who was lynched after allegedly flirting with a white woman in Mississippi. The first poem, ‘That Chile Emmett in That Casket’, draws upon a photograph taken by Jet magazine in September 1955 which shows Emmett Till’s mutilated face and body. His mother made the decision to have an open casket funeral to “let the world see what has happened, because there is no way I could describe this”. The harrowing exposure of this act of hatred was pivotal in the ignition of the civil rights movement. Smith focuses on the ways in which Emmett Till’s picture is taken as a grim warning by black families to keep their children in line within the enforced racial segregation of American society, reminding them of the ugly shadows of white privilege and the continual presence of underlying savagery that threatens their daily existence:

And at least once every week, usually on Sunday

after church or when you dared think you didn’t have to speak proper
to that old white lady who answered the phone at your daddy’s job,

or when, as Mama said, you showed your ass by sassin’ or backtalking,
the page would be pulled down, pulled out, unfolded, smoothed flat,

and you had to look. Look, boy. And they made sure you kept looking
while your daddy shook his head, mumbling This why you got to act

right ’round white folk, then dropped his smoke-threaded gaze to whisper
Lord, they kilt that chile more than one time. Mama held on to your eyes –

See what happens when you don’t be careful? She meant white men could
turn you into a stupid reason for a suit, that your last face would be silt

Throughout the first and final sections, Smith returns to the photograph of Emmett Till, searing it on to the consciousness of the reader in a series of ‘Emmett Till: Choose Your Own Adventure’ poems which envisage alternative versions of his life: ‘Turn to page 14 if Emmett travels to Nebraska instead of Mississippi’, ‘Turn to page 27 if Emmett’s casket was closed instead’, ‘Turn to page 48 if Emmett Till’s body is never found’, ‘Turn to page 128 if Emmett Till never set foot in the damned store’. There is an imagined monologue by the movie star Hedy Lamarr, whose photo was said to have been in Till’s wallet at the time of his alleged whistling at a white woman. The poem depicts the power, corruption and sexual violence in a fantasy relationship between the actress and Till: “The aim of our illicit burn was sin, my purpose was the blatant theft / of everything that rendered him a child”.

In documenting Emmett Till’s murder, Smith asserts the contemporary role of the poet as an unflinching witness, a chronicler of terrifying historical tragedies, acts of hatred filtered through a lens of terrible beauty. Nevertheless, her portrayal of such brutalities is far from mere reportage and never simplistic in its understanding of racial divisions. Smith’s attention turns searchingly to the ways in which such traumas are passed down and repeated with devastating force in future generations. There are deeply disturbing narratives of contemporary police killings, black men killing their daughters, conversations between mothers visiting their sons in prison and mothers mourning their dead children. ‘Incendiary Art: Los Angeles, 1992’ utilises the form of the ghazal to condemn the killing of Rodney King: “You were pummelled blood-blue that night, / then looped and relooped for moral while brick buildings took on ghost, and mamas howled and clawed their babies’ naps for ash. You, that night”. A poem in the section titled ‘Accidental’ uses direct speech to expose the violent racism explicit within the police force:

She said: You’re black
The police said: Is he black?
She said: He’s black.
When the gun arrived: it said I just had an accident.

The poem then repeats, “The gun said: I just had an accident” as a single line across the subsequent nine pages, making its point simply but shockingly.

One of the poems in the last section, ‘Elegy’, is a tour de force, a triple sestina which highlights Smith’s mastery of form and dazzling storytelling skills. As a whole, the collection is remarkable as a showcase for Smith’s dexterity in employing different poetic forms including villanelles, ghazals, prose poems, sestinas and sonnets. She often writes in syllabics, using rhyme, consonance and assonance to create a sense of breathless urgency which drives forward the narrative. ‘Elegy’ written “For my father, Otis Douglas Smith”, juxtaposes Smith’s personal account of her father’s murder alongside poems which relate public accounts of black lives taken without any recourse to justice. The speaker imagines her father’s “funky apparition” and reassures herself that “Your sacrifice / was born of love that breaks and breaks and rearranges”. The final poem, ‘Incendiary Art: The Body’, ends with the urgent reminder that such injustices are widespread and prevalent, “And there are unstruck matches everywhere”. This is an explosive, unforgettable book, intensely original in its political focus and fierce call for resistance. 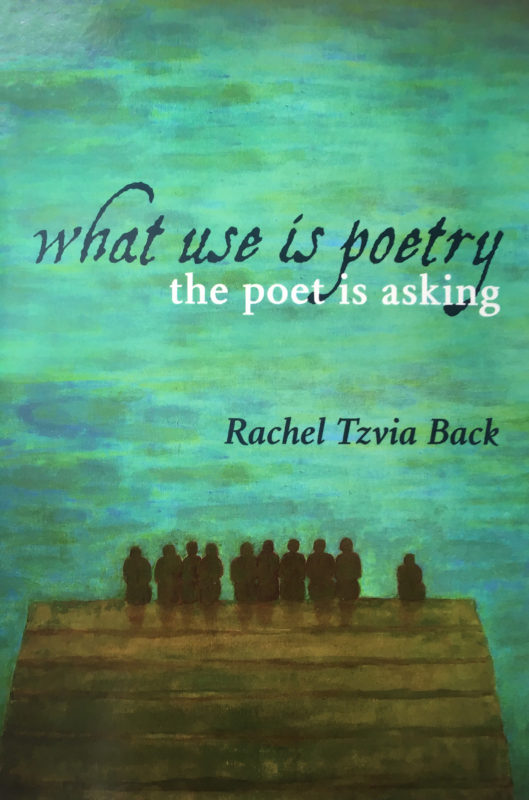 The role and purpose of poetry in the contemporary world is questioned in Rachel Tzvia Back’s What Use Is Poetry, The Poet Is Asking and the book itself perhaps serves as the best answer. Similar to Incendiary Art, Back’s beautifully lucid, musical poems set amidst the Galilean landscape, combine the personal with the political in dealing with the grief of mothers and the effects of violence:

The mother who sent her son
To war, allowed her son to go
To war, let the years unfold
Until
Her son could not avoid going
To war –
(‘What Use Is Poetry, The Poet Is Asking’)

She herself has stated that her work is “political always from the most personal of places, from the heart, from the home”.

Back’s work bears an air of prophecy, which seems, in part, to stem from her layering of ancient epic and myth into her poetry. There are intimations of “the tales being woven / of others’ lives, long narratives / unfolding, crafted with devotion” (‘What Use Is Poetry…’), as well as evocations of the story of Daedalus and Icarus, “the one-eyed monsters, lovely nymphs, temptresses, we always knew their / story. Tales made-up long after, to explain his extended, sorrow-drenched absence” (‘After the War’).

A central theme of this collection is the conflict between Israel and the Palestinians, “a sea of mortar fire fired”:

troops moving south
under rocket-lacerated skies
arced anger and
armoured vehicles […]
there were boys pulling
other boys from
the wreckage and flames.
(‘What Use Is Poetry…’)

One of the sequences, ‘Summer Variations’, depicts a ceaseless background of war and refugee crises over three consecutive summers. The speaker stands at “ruined thresholds” and watches “the yellow sky / weep and weep / for all its dead”:

In the north they are busy now
slaughtering each other, there’s no time
for flowers –

In contrast to Smith’s electrifying eloquence, Back’s poems speak with an inherent quietness and restraint for “the buried alive and the buried dead the burned and the / broken” (‘What Use Is Poetry…’), which is no less unsettling. Back acknowledges the limitations of language – “We both know, however, that to say what we want to say, we will need a new language” (‘Notes: From a Footbridge’) – and honours the fervent silence of poetry as prayer:

poet as fallen faith –
suspecting the word is

barely if ever heard
in the clamorous, the

screaming world, wakes
to another day of

[…] unbelieving believer
at prayer, she
puts one more poem
on the page
(‘Like The Believer’)

Ultimately, these are lyrical, crystalline poems of hope and redemption speaking out of darkness to find embodied tenderness in unexpected places as is illustrated by one of a sequence of ‘Cat’ poems:

Walking silence, inaudible beauty
suddenly
at the threshold: This

is the only poem
I want now
to write – 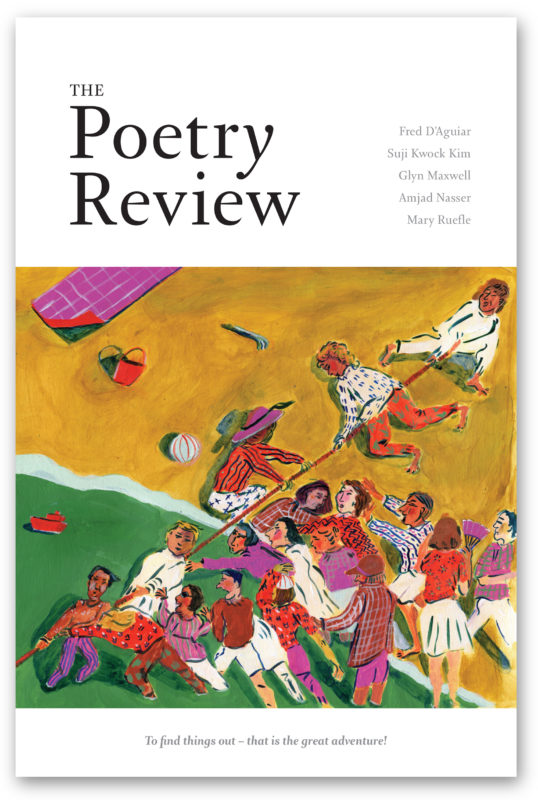