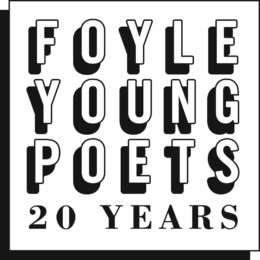 2018 marked the 20th anniversary of the Foyle Young Poets of the Year Award. In recognition of the Award’s contribution to poetry over the past 20 years, and in celebration of this landmark year, The Poetry Society organised anniversary readings, interviews, events and more throughout 2018. You can find out more about some of these below. You can also flick through previous years of Foyle Young Poets anthologies for free on our updated bookshelf.

‘You Envied the Stars their Height’: Inspiring Young Writers in the Classroom
Monday 18 June 2018
King’s College, London
On 18 June 2018 teachers, educators, poets and students gathered to King’s College London to discuss poetry education and the FYP’s role in getting more poetry into schools. We heard from former Foyle winner Jay Bernard, Teacher Trailblazer Ben Bransfield, Foyle Young Poet and teacher-in-training Jasmine Simms; and Dr Sue Dymoke (University of Leicester) and Dr Anthony Wilson (University of Exeter) who plan to research the trends and impact of the Award.

Martha Sprackland edited a special supplement to The Poetry Society’s Poetry News in summer 2018. The supplement contains interviews with former winners who are now poets, actors, lawyers, translators and illustrators, from Sarah Howe to Caroline Bird, Adham Smart to Ellie Kendrick, Jay Bernard to Emily Haworth-Booth. With insights from leading teachers and poetry educators, a page is also dedicated to Foyle Young Poets in schools, and the importance of poetry in the classroom. The supplement is illustrated by former winner Emily Haworth-Booth.

Young Poets Network, The Poetry Society’s platform for young poets, hosted a series of ten interviews with former Foyle Young Poets and judges which went live every Friday throughout the summer of 2018.