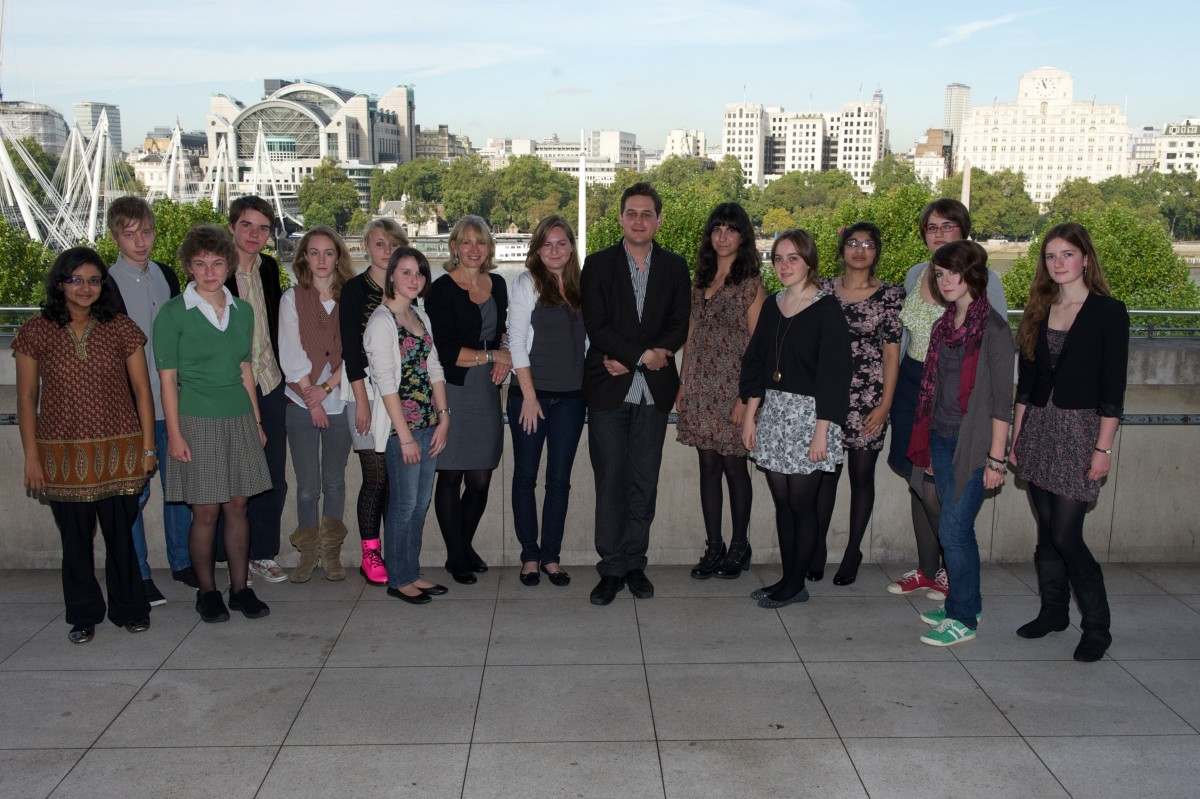 The 15 Foyle Young Poets and 85 Commended Poets were announced on National Poetry Day, 7th October 2010 – chosen out of a  phenomenal 20,510 poems entered from across the UK and beyond.

Read the winning poems on the right hand side of this page.

Jane Draycott’s latest collection Over was published in April 2009 by Carcanet/OxfordPoets and was shortlisted for the 2009 T S Eliot Prize. Nominated three times for the Forward Prize for Poetry, her first two full collectionsPrince Rupert’s Drop and The Night Tree (Carcanet/Oxford) were both Poetry Book Society Recommendations. Other collections include from Two Rivers Press, Christina the Astonishing (with Peter Hay and Lesley Saunders) and Tideway, a long sequence of poems about London’s working river (with paintings by Peter Hay) written while poet-in-residence at the River & Rowing Museum. Jane was a Stephen Spender Prize-winner in 2008 and teaches on postgraduate writing programmes at Oxford University and the University of Lancaster. Her contemporary version of the medieval dream-vision Pearl is forthcoming in 2010 from Carcanet/OxfordPoets and is supported by Arts Council England South East.

Luke Kennard was born in Kingston Upon Thames in 1981 and grew up in Luton. He writes and publishes poetry and short stories and has written for the stage, taking numerous productions to the Edinburgh Fringe. He holds a PhD in English from the University of Exeter and lectures in creative writing at the University of Birmingham. He won an Eric Gregory Award in 2005 and his first collection of prose poems The Solex Brothers was published later that year by Stride. His second collection The Harbour Beyond the Movie was published by Salt in 2007 and was shortlisted for the Forward Prize for Best Collection, making him the youngest poet ever to be shortlisted. His new collection, The Migraine Hotel is available now from Salt and was recognised by the Guardian Review as a ‘Treat in Store’.