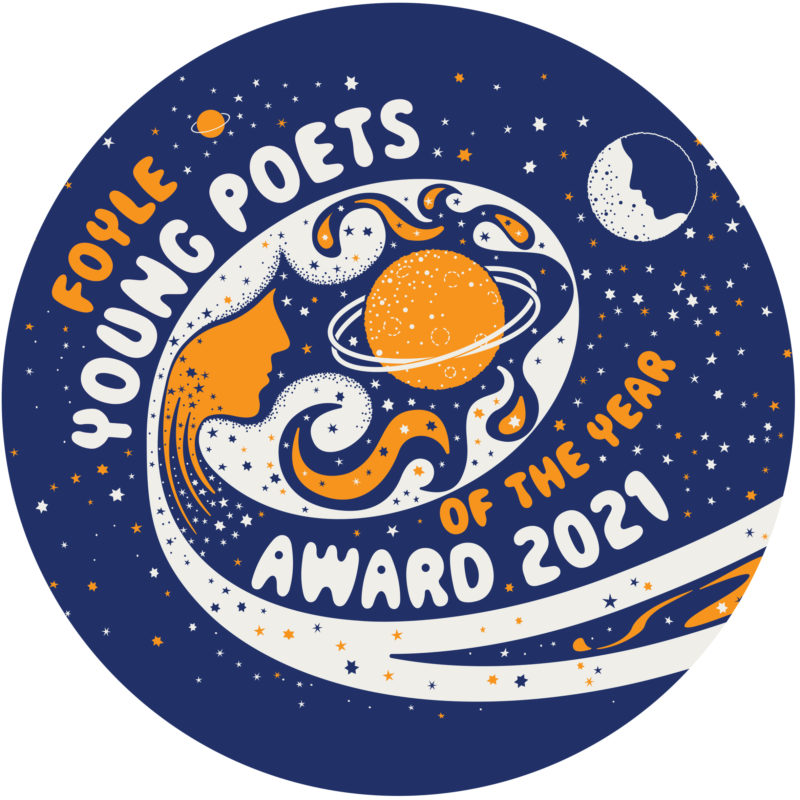 In this resource, we’re taking a closer look at one of the winning poems in the anthology, Daniel Wale’s ‘Navajo Roads’. There are activities for teachers using the anthology in the classroom, and for individuals reading the poems in their own time or looking for inspiration for their own writing. Teachers can request a free class pack of the anthology by emailing [email protected] or you can access the online version here.

Content warning: Please be aware that aspects of this resource deals with the theme of the oppression of Indigenous Peoples.

1. Here is ‘Navajo Roads’, along with a video of Daniel reading it

A thick perfume of hot leather seats hangs
heavy in the air, which drags out
scraping melodies through an open window and
I – hand on the wheel – use up
a little more of man’s hydrocarbon quota.
I sweat like a pig; the acrid fluid could fill
a lager can to its corroded brim. The chime of
falling coins has echoed long in these metallic walls.
Two hundred years ago, that Mercedes was my horse. Two hundred
years ago, its chassis of bone lay in the dust. Bleached legacies
leaked from a bullet hole as you dragged me deeper,
further through salted earth. Two thousand
nail-strikes ago, the tracks – your steel blankets,
hot and sick – left us choking in your wake.

If you’re a teacher, take a look at a brand new lesson plan on the poem, written by Teacher Trailblazer Joanne Bowles. Joanne encourages students to use this poem to think about the relationship between poetry and history, and introduces students to erasure as a poetic technique.

Daniel lives in Kenilworth, near Stratford-upon-Avon. He has always loved writing, but only began to write poetry seriously after seeing a poster in school for the Foyle Young Poets of the Year Award. He was inspired by an English lesson at school on poetic analysis, where he was amazed by the profound depth that poems can possess. In addition to writing, Daniel is a dedicated musician, having learnt the violin since the age of six, and also has a deep fascination with history, from which a lot of inspiration is drawn for his poetry. In 2019, Daniel was commended in the Stratford Literary Festival’s Felix Dennis Young Poets Prize and also won the High Steward of Stratford Cup for poetry.

Question: What was your inspiration for writing ‘Navajo Roads’?
Answer: I feel I’m slightly irregular compared to many poets because I often come up with the title before I even begin to write the poem itself – I find this helps keep my poems cohesive and gives me the inspiration and motivation to write. Maybe my mind was lingering somewhere in amongst our GCSE American history classes, but somehow the title ‘Navajo Roads’ had been swirling around in my head for some time. It struck me as an interesting concept; one where I could explore cultures far removed from my own, and their own personal trials. Through my school work, I learned that the abuse of minority groups was an all-too recurrent theme in American history, and this is something I wanted to portray in my poem.

Question: The poem is written in sonnet form. Traditionally, sonnets have fourteen lines and can follow any number of formal rhyme schemes although lots of poets have experimented with this form or subverted its traditional associations. Why did you choose the sonnet form for this poem?
Answer: My first reason for doing this is just because I wanted to experiment with form more as I hadn’t done this in the past. My second reason is to utilise the power of the ‘volta’ (the turning point) in the sonnet form to present two drastic shifts in perspective. I used this structure to take the reader through time and across cultures to develop the themes of the poem.

Question: Could you tell us anything about the voice or point of view of the poem?
Answer: Perspective was always a delicate thing to approach in this poem – I have only ever been me, and I am far removed, geographically and culturally, from the things I talk about in this poem. I knew I couldn’t try to pass off a purely artificial voice as meaningful. This led me to tell this poem from someone like me: an outsider, living in the modern age with modern conveniences. From there, I could approach the themes in the poem with the question: “what was it like back then, for those people?”. That was where I switched voice – a voice of experience, perhaps someone that witnessed atrocities like the Trail of Tears or the Navajo Long Walk – to answer that question, speaking across time (although the anger seen in the section after the volta is really more my own than anyone else’s).

Question: What can you tell us about the themes or imagery of the poem?
Answer: The themes in this poem mostly relate to history – a subject I love at school. The ‘steel blankets’ of the railroads refers to several elements of the expansion of America: the railroads themselves disrupted wildlife on the plains with a debilitating effect on tribes living there, whilst the comparison to blankets hark back to the semi-legendary days when colonists would ‘gift’ diseased blankets to tribes as a means of genocide. Steel, and other references to metal, tie it all together with the theme of industry (steelworks in 19th-century America saw countless abuses of workers’ rights, as well as considerable damage to the environment). The poem starts with my favourite line, about the perfume of hot leather seats. I had a feeling that leather seats had quite a distinctive smell in hot weather, as well as being very sticky. To me, the connection to muggy weather and the idea of being ‘stuck’ to your seat suggested a kind of laziness that is a part of modern, convenience-filled life. I propose some of us appreciate how lucky we are today, and strive to make the world more productive and more enjoyable for all.

In ‘Navajo Roads’, Daniel Wale explores the issue of the effect of industry and human action on the planet, as well as the way our actions affect one another. In this extension activity, we’ve brought together three more poems that tackle similar themes, albeit in very different ways, all written by commended poets in the 2020 Foyle Young Poets of the Year Award. These poems are collected in the commended poems anthology, here. Once you’ve read the poems, think about the discussion points, below, comparing and contrasting the texts.

o little town of bethlehem       kisses from the nuclear bunker
merry little lifeform my mutated  ma cherie
glow green   ensnare me little oil puddle
leaking gold.      are you the sun?
iron and rot b52 presents in  your hair
favourite friend   open wounds unwrap  delights
you taste of salt   a face scrunching  wonderful  surprise
my lovely rotten thing      my decay o delight
you dressed in sticky ballerinas and hot soup
and you  turned your face  to heaven’s light
look for angels  and go blind  and     brilliantine
alas alas   light is dead   long live eternal christmas
you are made from wool and baby hair  matter
wrap me up   your skin departs  o snow o snow
the sleet the sleet   my starless street
your skin your skin    ribbons of my religion
I hope the angels hang their twelve heads  in shame
open  their  hundred  million  eyes  in the wailing
wailing bells   ring for the living  o sing o sing
love is old  and  bent  as you  gross  gem
abide  abide  you’ve peeled away to shadow
and there you take me over  little din
in my bed in your jumper  poinsettia red
o little town of bethlehem  how still     we’ll be home soon.

Rivers still flow although God
has turned off the taps across
a troubled ant farm,
running the streets dry.

Lunch comes and goes. In the heat
a tumbleweed rolls out into the desert.
No longer relative
nor definite are these times —
they are frozen,
like the neglected bins on the pavement.
Rusting swings creek involuntarily, the
wind’s words must be heard,
complied with, broadcasted to all;
a thunder of claps.
There is hope —

It bellows over the cries
of kids who just want to go outside.

The branchless leaves are left to rot,
the fearless now reluctant to bloom
in such barren wastelands. Spring
has come and gone
and with it a year
paused, reluctantly.

Few shadows run along
under the pelting rain. They
turn the gears in the mill. They
ring the bells in the clamorous church. Birds chirp
at the silence
of their new world, in which
rivers have frozen in summer.

i’ll tell ya, givin’ birth just took the christian right outta me, didn’t know a woman
could play god, that a little boy could cause such a pain in the world. no sir there
ain’t no graves for the dead, just epitaphs, syllables and their semantics, the taste
of lead never leavin’ our tongues, our decaying teeth. so i’m tellin’ ya to put down
yer bibles, all ya believers, ya communists, ya pacifists — and lemme show you
velocity quicker than sound; lemme show you a mushroom cloud, a kimono as
shroud, president truman proud; lemme show you how i created the universe,
with one big-bang, how genesis begins with fission and ends in boom!; lemme
show you the shock wave heard ‘round the world, how it’s still reverberatin’—
do ya feel it? they didn’t: just one big flash, a flattening, a cremation, carnage,
calcified desert; vaporized up up up into the sky, or burned beneath asphalt.
yessir i am the cause, i am the epicenter: i take skin from bone, lips from breast,
fly from rotting flesh. ‘cause no one told me little boy is followed by a fat man,
and a man can do so much wrong in this world. no one told me postpartum was:
an august girl’s hairless corpse, a father singing a song in japanese that ends in
white flag and hirohito’s surrender.

Use these discussion points to compare the three poems, also drawing on what you have learned about Daniel Wale’s poem.