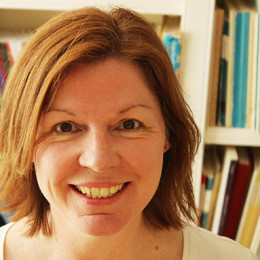 The poem ‘Ellipsis’ by Robin Houghton has won the 2013 Hamish Canham Prize for best members’ poem published in Poetry News between summer 2012 and spring 2013.

Judges Carole Satyamurti, Paul McGrane, Kate White and Mike Sims agreed that the poem was a powerful and poignant treatment of dementia, with a light touch that meant it was neither sentimental nor manipulative.

“My mother had dementia and lived the last two years of her life in a care home,” Houghton explained. “Even when her memory was completely gone and she could no longer concentrate on things she used to love, like crosswords, Scrabble was something we could do together and laugh about. A game could go on for hours, and it required a fair bit of patience. Nevertheless there was something very touching, even meditative, about the experience. This is the first (and so far the only) poem I’ve written about my mother, who has since passed away.”

The poem’s eight couplets are an admirable balance of tenderness and terseness, though Houghton feels she is still a beginner when it comes to form. “The shape, the look of the poem on the page for me is a very important part of the poem’s overall effect. The use of spaces in ‘Ellipsis’ seemed an obvious choice. And I do seem to be drawn to couplets or tercets, I use them often.”

Houghton is relatively new to writing poetry. “Things changed about four years ago when I started engaging properly with contemporary poetry and began submitting to magazines. You could say since then I’ve been on a mission!” Her poems have appeared in magazines including The Rialto, The North, Agenda, Iota and Mslexia, and she won The New Writer poetry competition earlier this year.

Houghton has also benefited from the lively poetry scene in East Sussex, where she now lives. “I’m very grateful to the Brighton Stanza rep, Joanna Grigg, who inspired and encouraged me. Going to a Poetry Society Stanza meeting was my first experience of a poetry workshop. Learning how to read other people’s work closely and offer critical feedback is still a big challenge, but it’s one I know benefits my own writing.”

‘Ellipsis’ is a poem that keeps coming back to the blank tile in a game of Scrabble. It’s an appropriate symbol for the gaps in memory and communication between two players, one apparently suffering from dementia, the other her visitor.

The poem’s opening word is “scrabble”, with its suggestion of scrambling or groping to find, as well as, of course, the board game, the rules of which the visitor repeatedly tries to explain, the other player’s face “a perfect dot-dot-dot”, with all the blankness and waiting ellipsis implies.

In the ‘present’ of the poem, exchanges are halting, indicated graphically by the lengthened spaces between words. But when the visitor asks about the past, “you used to type sixty words a minute, do you remember?”, memories become fluid and the words flow: “as if / it were only yesterday she was there in the typing pool / and I was there too, walking home with her / meeting friends, making plans for the pictures”. The distance between now and then closes, communication is restored, only to break down as the gap grows again between a shared remembered past and a present which, for one of them, consists only of the newly forgotten.

The effect of this is poignant. However, the poem reminds anyone who has played Scrabble of the patience required while waiting for another player to take their turn – the reader identifies with the narrator with a mixture of despair and admiration. Within this is a humour which avoids the poem becoming sentimental or emotionally manipulative. As chair of judges Carole Satyamurti put it, the poem “gets at the gappiness of being with this person”.

Judges longlisted nine members’ poems from the 25 published in Poetry News (975 in total were submitted). They were read as anonymous. After close discussion, this was whittled down to four. As well as the winner, ‘Winter Stars’ by Paul Blake, ‘Wedding Quilt’ by Emma Danes and ‘Studies of the Foetus in the Womb’ by Dorothy Yamamoto were especially praised.

Kate White is the Poetry Society’s Membership Assistant, and winner of the 2013 Pighog and Poetry School Pamphlet Competition