Congratulations to the winner of the Ted Hughes Award for New Work in Poetry, David Morley, for The Invisible Gift: Selected Poems (Carcanet).

The judges Jackie Kay, Andrew McMillan and Ali Smith said of the work:

“The Invisible Gift is the perfect title for this collection, as it was simply a gift to read. Like opening a box of fireworks; something theatrical happens when you open its pages, and a curtain is raised on a tradition that has been overlooked. In these poems, David Morley switches forms and registers to reveal the versatility of the voices and the liveliness of the Romani culture, arguing for a tradition which has been invisible and silent. Ted Hughes wrote about the natural magical and mythical world; The Invisible Gift is a natural successor, as Morley has found a way to give a voice to the Romani people who live in that natural world. A lifetime’s work gathered into one Selected Poems, it becomes a cohesive new form in which old poems transform into something new.”

“I always feel when I sit down to a write a poem, I have to relearn how to write a poem and when I write a book I’m learning how to do it for the first time. A Selected should be a survey of work, taken in chronological order. But I wanted to take that form of the book, and reinvent it so it feels fresh. I completely rewrote some of the poems, I reordered them, I left out some of my ‘darlings’. I wanted to recognise that a book like this can be a beginning, and a way of knowing yourself.” 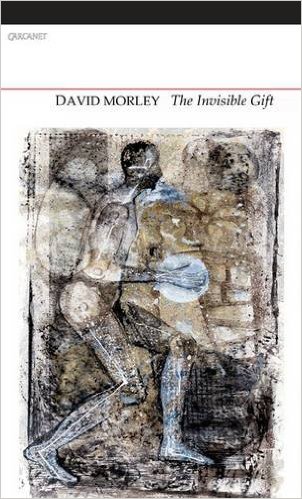 Known for his energy and linguistic inventiveness, David Morley writes about diverse and fascinating subjects, from Romani tales to sharply observed lyrics about nature, from political allegory to vividly imagined histories, his poetry evokes the enchantment and truth of the natural world and our place in it. The Invisible Gift, published by Carcanet and containing poems from previous collections including The Gypsy and the Poet, Enchantment, The Invisible Kings and Scientific Papers, represents the different impact and form a Selected Poems can achieve compared to individual collections.

The book is available to buy from the Carcanet website at a 25% discount.

“What I can say, with utter confidence, is this is a shortlist that looks like no other; a shortlist that has brought pieces of work that might otherwise have gone unrecognised into conversation with each other…” Andrew McMillan 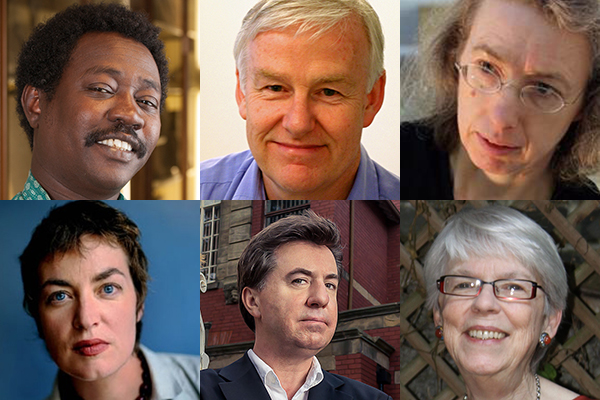 He Tells Tales of Meroe is a dual-language collection, produced by the Poetry Translation Centre, with poems written by Al-Saddiq Al-Raddi whilst he was poet-in-residence at the Petrie Museum of Egyptian Archaeology at University College London. The collection presents eight new poems in Arabic and English which were inspired by the museum’s collection of material from Meroe in Sudan, and one poem translated by Mark Ford from an earlier project. The poems are accompanied by photographs of the objects that inspired them, and recordings of the poems in both languages are also available as part of the project.

The exhibition, first shown in the Poetry Café in Covent Garden, and accompanying pamphlet published by Hagi Press, Sketches from the Poem Road, are the result of a creative collaboration between poet Chris Beckett and artist Isao Miura. Poet and artist set off on an interpretative journey in the footsteps of Matsuo Basho and his ‘Narrow Road to the Deep North’, which he undertook in spring 1689. Between them they travel from text to image, and often back again, creating an interwoven series of poems, translation, drawing and sculpture in the footsteps of the Japanese poet.

Clay is a short collection, published by Wayleave Press, of small, meditative poems exploring pottery and the potter’s craft which are themselves exquisitely formed vessels for larger enquiry and celebration. It was written by the poet Elizabeth Burns after she worked on a joint exhibition with painter Ann Gilchrist and potter Paul Tebble, and was published shortly before the poet’s death in August 2015.

Kate Clanchy – We are Writing a Poem about Home

We are Writing a Poem about Home is a collaborative radio poem created by Kate Clanchy for National Poetry Day 2015 and broadcast as part of the Between the Ears series of programmes on BBC Radio 3. Clanchy worked with the diverse students from Oxford Spires Academy – who have 54 languages between them – to create a radio poem about home: the homes and home countries they came from, and the new homes they have found, and the home they are making in their school and in their writing. It is produced by Jonquil Panting.

Originally composed approximately two thousand years ago, the Mahabharata is an epic masterpiece that tells the story of a royal dynasty, descended from gods, whose feud over their kingdom results in a devastating war. A seminal Hindu text, which includes the Bhagavad Gita, it is also one of the most important and influential works in the history of world civilization. Innovatively composed in blank verse rather than prose, Carole Satyamurti’s English retelling, published by W. W. Norton & Company, covers all eighteen books of the Mahabharata, capturing the beauty, excitement, and profundity of the original Sanskrit poem as well as its architecture and extraordinary scope.

Jackie Kay was born and brought up in Scotland. The Adoption Papers (Bloodaxe) won the Forward Prize, a Saltire prize and a Scottish Arts Council Prize. Fiere, her most recent collection of poems was shortlisted for the COSTA award. Her novel Trumpet won the Guardian Fiction Award and was shortlisted for the IMPAC award and Red Dust Road (Picador) won the Scottish Book of the Year Award and the London Book Award. She was awarded an MBE in 2006, and made a fellow of the Royal Society of Literature in 2002. She has written extensively for stage and television and also writes for children. She is Chancellor of the University of Salford and Professor of Creative Writing at Newcastle University.

Andrew McMillan was born in South Yorkshire in 1988. His debut collection is physical, a Poetry Book Society recommendation which has been shortlisted for the Forward Prize for Best First Collection, longlisted for the Guardian First Book Award and which won a 2014 Northern Writers’ Award. He currently lectures in Creative Writing at Liverpool John Moores University and lives in Manchester.

Ali Smith was born in Inverness in 1962 and lives in Cambridge. She is a writer of novels, short stories, plays, and criticism. Her latest novel, How To Be Both, was the winner of the Bailey’s Women’s Prize for Fiction.

For more information on the award do see our FAQ page or take a look at the competition rules.