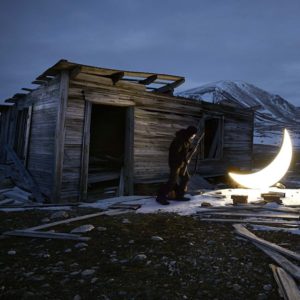 This year the Poetry Society’s Young Poets Network once again teamed up with Cape Farewell, an international not-for-profit organisation set up to instigate a cultural response to Climate Change, for the SWITCH: Youth Poetics programme.

We have turned the four winning poems produced during the programme into short film soundscapes – choose from the sidebar to watch and listen to the results.

These poems were selected by poet Helen Mort from hundreds of entries submitted by young poets from across the UK and beyond. Each was responding to her series of four challenges – based on works from Cape Farewell’s impressive archive of climate-focused art works – the four winning poems respond to the realities and challenges of our changing environment.

The four pieces were then set to their own unique score by acclaimed Hollywood composer David Julyan, who has written and produced the soundtracks for huge box-office hits such as Memento, The Cabin in the Woods, Insomnia and Eden Lake.

These pieces were recorded in the world-famous Air studios in Hampstead, North London, so get your best speakers or headphones on, and turn them up loud!

The four winning poetry scores are: ‘Tigerless’ by Rachel Lewis, 18, London; ‘How We Left’ by Denisa Vítová, 19, Switzerland; ‘Lines of Memory’ by Theo Lewis, 18, Wiltshire and ‘Emberman’ by Nat Norland, 16, Cambridge.

SWITCH is part of Cape Farewell’s new series of Urban Interventions which include Tom Chiver’s Adrift residency in 2012/13 and this year’s residency led by poet Sabrina Mahfouz. This year’s programme featured poet Helen Mort (nominated this year for the prestigious T.S. Eliot Award) and was for writers up to 25 years old. Activity took place online and in secondary schools based in London and Sheffield, from December 2013 to March 2014. Last year’s programme featured poet Karen McCarthey-Woolf find out more about the 12/13 programme here.

Cape Farewell was created by artist and photographer David Buckland in 2001. It is an international not-for-profit programme based in the Science Museum’s Dana Centre in London and with a North American foundation based at the MaRS centre in Toronto. Cape Farewell works in partnership with scientific and cultural institutions to deliver an innovative programme of public engagement – challenging audiences to think differently about climate change and the natural systems we inhabit. The organisation has worked with over 140 world-renowned artists, including Rachel Whiteread, Jarvis Cocker, Ian McEwan, Yann Martel, Sophie Calle, Marcus Brigstocke and Antony Gormley which has resulted in the creation of a broad range of climate focused art. More information can be found by visiting www.capefarewell.com or follow Cape Farewell on Twitter @capefarewell