Skip to content
Home >Essay: “Be a comfort for the dead little girls”
News About Search Donate Shop

Alejandra Pizarnik was born in 1936 in Argentina, two years after her parents immigrated from the town of Rovno (then part of the Russian Empire), also known as Równe (when it was Poland) and Rivne (when it would soon become the Ukrainian Soviet Republic). The two possible etymologies of this toponym contradict each other (let the Belarusian language mediate): rowny translates as flat, straight, while row means a ditch.

When her parents change countries, their last name undergoes a similar mutation. If Alejandra were born in Eastern Europe, her last name would have been written down properly – Pozharnik (Russian for fireman) – but the Argentinian authorities change the spelling to Pizarnik (pisar, literary, a record keeper, a scribe). And thus, with a change of two letters, a record-keeping poet is born at a safe distance of 7,802 miles from what would become, in a matter of five years, the Rovno ghetto.

It is a story of many towns in Eastern Europe and elsewhere: a flat, straight town with a ditch of violent history underneath.

I would like to share my reading of Alejandra Pizarnik as a poet who keeps the record of what-would-have-been. We know the facts of what-was: her death-obsessed life, often described with such words as “myth” and “mystery”, her struggle with mental health, her four bohemian years in Paris, and finally, her early death (she died of an overdose at the age of thirty-six). Hers is the quintessential biography of an artist who “goes out at dawn to utter her only / syllable: / NO”.

The Alejandra Pizarnik I would like to share with you is a doll-aged dead girl who, had her parents decided to stay or delay their immigration, would have been murdered in the Rovno ghetto at the age of five. This is Pizarnik’s would-have-been biography my imagination writes for her in the air: her imagined murdered girlhood, the source of her obsession with self-doubling – a self as a dead girl lying elsewhere. This other self is arguably the most frequent trope in her work:

The powers of language are the solitary ladies who sing, desolate, with this voice of mine that I hear from a distance. And far away, in the black sand, lies a girl heavy with ancestral music.

…to set off slowly through the narrow mountain pass that leads back to the foreigner in me, to my own expatriate.

Someone wanted to open a door. She felt pain in hands that were iron-cuffed to their prison of bad-omened bones.

I rose from my body and went out in search of who I am. A pilgrim of my self, I have gone to the one who sleeps in the winds of her country.

Cover the memory of your face with the mask of who you’ll become, and frighten the girl you used to be.

…so many immersions into my dead-little-girl possessions in the garden of lilac and ruins.*

Don’t these lines taken randomly out of Pizarnik’s different poems read as one poem?

Her gardens, walls, distances, mirrors, are haunted by shadows, bones, and voices. A little dead girl, a doll, and death drink tea together. Browsing Pizarnik’s books, I’ve copied out various doll-lines. In my notebook, they also read as one poem:

“A doll made from bird bones”

a doll with “the eyes of an orphan”

“the doll in her cage is creating autumn…”

Pizarnik’s doll-double – mute, disfigured, desexualised, passive – seems always present, if not as an image then as a poet herself, a doll acquiring selfhood.

I’m particularly fond of Pizarnik’s comparison of a doll to a statue. The Russian poet Velimir Khlebnikov writes somewhere: “Statues is the language the state uses to speak to its people.” Dolls then are the language death uses to speak to the living. Glass-eyed, like a person tuned out of her senses and lying motionless on the bed, dolls are in perpetual mourning.

Like Walter Benjamin’s angel of history (and Benjamin killed himself for fear of being repatriated to the Nazis after his visa was cancelled), a doll stares at the storm and wreckage of human history.

During the Nuremburg trials, a German engineer who used to work for a firm in Rovno describes the 1942 massacre of local Jews, continuously returning to the images of murdered children:

The people were driven out of their houses in such haste that small children in bed had been left behind in several instances. […] Women carried their dead children in their arms, children pulled and dragged their dead parents by their arms and legs down the road toward the train. […] At the corner of a house lay a baby, less than a year old with his skull crushed. Blood and brains were spattered over the house wall and covered the area immediately around the child. The child was dressed only in a little skirt.

“To return to the body’s memory is to return to my mourning bones,” writes Pizarnik.

Poetry is the language the dead use to help us forget that they are dead. The breath of the dead, their words frozen in the chunks of rhythm, live again when these words speak from the lips of the living. “I weigh myself in the language I use for weighing my dead,” Pizarnik writes. I imagine her “mourning bones” as infused with the weight of a dead Rovno girl. The feeling of orphanhood she returns to in her poems and letters doesn’t have to be only existential or feminist. Tenderly, I think of her orphanhood as an orphanhood from her imagined dead self, from the little dead girl who leaves her to be forever returning to her body’s memory.

In her book The Generation of Postmemory: Writing and Visual Culture After the Holocaust (2012), Marianne Hirsch describes “postmemory” as a collective cultural trauma “the generation after” carries for those who came before them. Children and grandchildren remember through family stories and are displaced by them. Pizarnik’s memory is a memory of a would-have-been life. Its pull, however, seems stronger than her real life: the dead girl dominates her poems while the real Pizarnik seems to be only the shadow cast by that imagined death. Pizarnik’s own short life falls off like a rudiment of evolution, out of futility.

Here’s a three-line poem (the three lines of restlessness, of insomnia):

Someone punches her pillow
in search of an impossible
place to rest.

The alternative to this pillow as a place of rest is a stone – a gravestone. Pizarnik has written her epitaph, the poem ‘Just a Name’, which is another three lines of restlessness:

Alejandra Alejandra
beneath I am me
alejandra

Here’s another poem of restlessness and futility in which Pizarnik, haunted by the imagined memory of her double, also “[lies] there” (in a Russian translation, this verb is rendered as “to be petrified”, which, in my reading, means to be turned into a gravestone):

Not verb, but vertigo. Does not indicate action. Does not mean to go meet someone but rather to lie there because someone doesn’t arrive.

To search for “someone” is to recognise that you are your dead’s gravestone.

Pizarnik names one of her books Extracting the Stone of Madness, referencing a painting by Hieronymus Bosch. Bosch’s work depicts a fifteenth-century remedy for dementia or insanity: a doctor cuts through his patient’s skull and extracts “the stone of madness”. In my mind, the gravestone and the stone of madness merge into one metaphor for the inherited trauma.

When a gravestone cannot be found on the ground because the dead were buried in mass graves/gassed/thrown overboard a slave ship, this longed-for gravestone lodges itself in the psyche of the generation post-Holocaust, post-Stalin, post-Black Atlantic. This is their – our – stone of madness. The whole body, born only because of an exceptional, accidental survival, becomes a mourning body, a walking gravestone-body breathing poetry.

I’ve started writing this essay trying to understand what it is that draws me, a Belarusian poet, to the work of Alejandra Pizarnik, and here we are: I understand. What I observe and learn in Pizarnik’s work is her visionary ability to see the dead-other in herself. She is her own murdered ancestor. “I would like to be dead, and also go inside another heart,” she writes. I choose to think of this “another heart” as that of the dead-double, a murdered ancestor, both real and imagined (one has to imagine when nothing is left). “A mirror for the dead little girl / Mirror made of ashes,” she writes. Her love of mirrors is the empathy towards her dead-double; her every poem is an effort to stay alive.

To Pizarnik I say: there isn’t another heart; we are one heart with our dead. And yet, what a feeling of orphanhood inside this heart! What a desolate account settled with this life:

you have finished on your own
what no one ever started

*All the quotes are from translations by Yvette Siegert, read in Extracting the Stone of Madness: Poems 1962–1972 (New Directions, 2016), A Musical Hell (New Directions Poetry Pamphlets, 2013), and Diana’s Tree (Ugly Duckling Presse, 2014). One exception: poem ‘Just a Name’, translated by Cecilia Rossi, is quoted from The Last Innocence/The Lost Adventures (Ugly Duckling Presse, 2019). 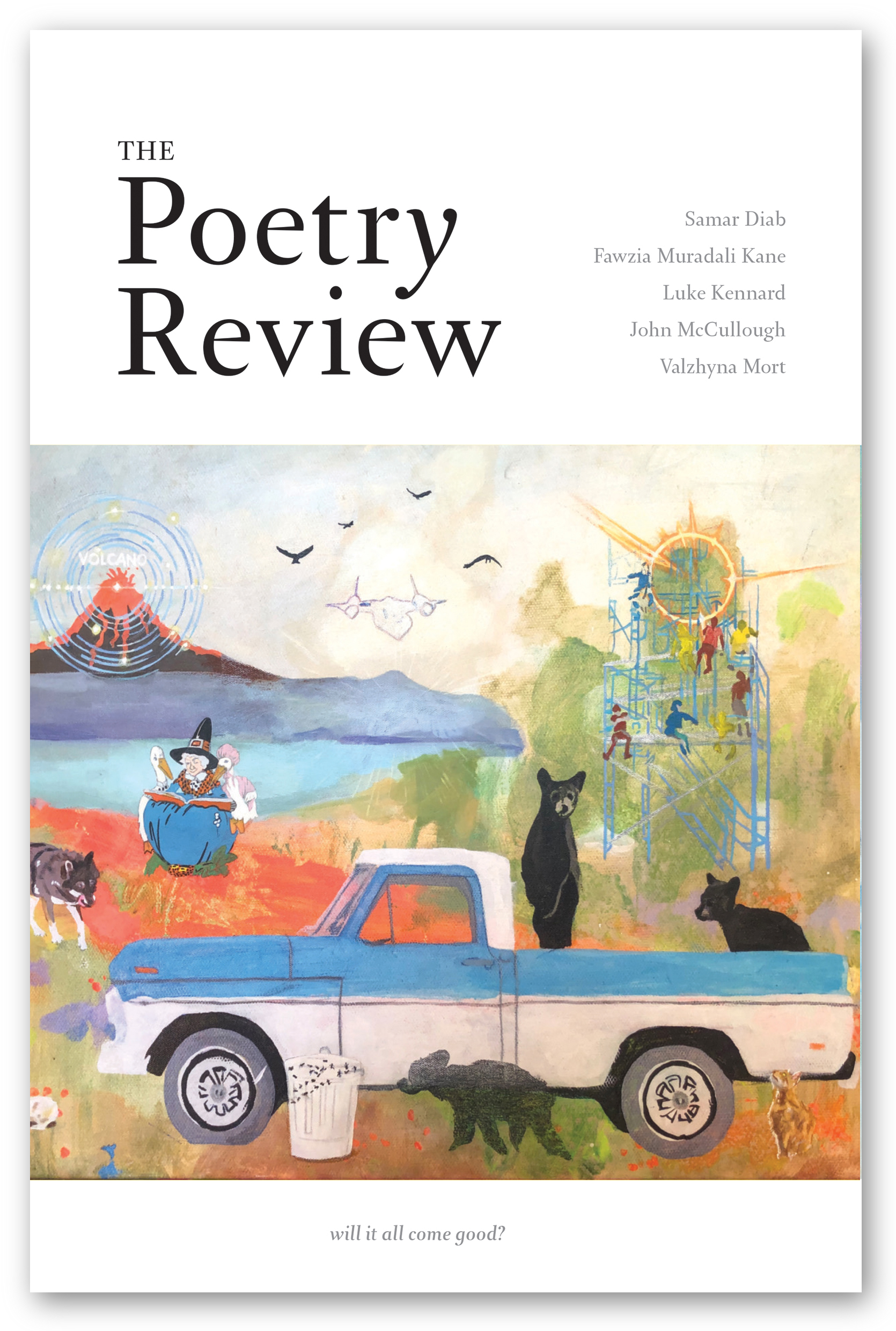