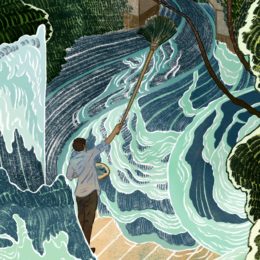 The Poetry Society is heading to Birmingham for a special free reading to mark the launch of the 2019 National Poetry Competition! Come and hear Liz Berry, one of the National Poetry Competition’s best-known winners, who was commended in 2011 with her poem ‘Birmingham Roller’, and who has gone on to win the Forward Prize for Best First Collection for Black Country (Chatto 2014), and the Forward Prize for Best Single Poem with ‘The Republic of Motherhood’. She’ll be joined by one of the most recent crop of National Poetry Competition Winners, Natalie Shaw, who was commended in 2018 for her poem ‘I know you only invited me in for a coffee, but’ and Nick Garrard, who was also commended in 2018 for his poem ‘Near / Far Away’.

Liz Berry’s first book of poems, Black Country (Chatto 2014), described as a ‘sooty, soaring hymn to her native West Midlands’ (Guardian) was a Poetry Book Society Recommendation, received a Somerset Maugham Award and won the Geoffrey Faber Memorial Award and Forward Prize for Best First Collection 2014.
Natalie Shaw lives and works in London. She has a kind husband and children of varying sizes. She is currently editing Medusa and Her Sisters, a book of poems written in response to drawings by artist Natalie Sirett. She was commended in the 2018 National Poetry Competition.
Nick Garrard works as a teacher in London, where he lives with his girlfriend and their cheese plant, Chas. He has written for 3AM, Literary Review and the Independent on Sunday. His poetry has appeared in Magma and as part of the podcast series, ‘Bedtime Stories for the End of the World’. He was commended in the 2018 National Poetry Competition.
This event is in partnership with Waterstones Birmingham. Tickets are free, but you’ll need to book in advance via the Waterstones website.

Tickets are FREE but must be booked in advance at https://www.waterstones.com/events/the-poetry-society-liz-berry-natalie-shaw-and-nick-garrard/birmingham