A Cross-Disciplinary Music Performance in Three Acts: Rauschenberg and Cage 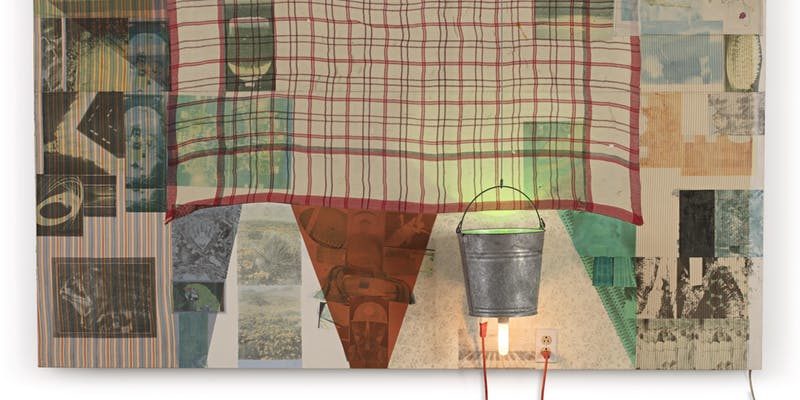 To coincide with the exhibitions ‘Robert Rauschenberg: Spreads 1975-83’ and ‘John Cage: Ryoanji’, Galerie Thaddaeus Ropac and MusicArt supported by The Poetry Society present the world premiere of a musical performance inspired by Robert Rauschenberg’s collaborations with the pioneering avant-garde American composer John Cage.  Co-created and performed by pianist Annie Yim with poet Kayo Chingonyi and composer Raymond Yiu, this Conceptual Concert in Three Acts is framed by the piano music of Cage, including The Seasons (1947) and Winter Music (1957), alongside an installation of sound and spoken dialogue. The final act of this cross-disciplinary concert is a staging of Cage’s iconic piece, 4’33” (1952). The performance multiplies artistic roles and dissolves boundaries in homage to Cage and Rauschenberg. Beyond their artworks on view at Galerie Thaddaeus Ropac London, the words of Cage and Rauschenberg too have inspired this concert-installation.

“I recognize Rauschenberg as myself, as if we were the same person. We do not even have to explain things to one another…” John Cage

Kayo Chingonyi was born in Zambia and moved to the UK at the age of six.  He is the author of Kumukanda, a poetry collection which won the 2018 Dylan Thomas Prize (“the world’s largest literary prize for authors under the age of 40 writing in English” – BBC).  He is a fellow of the Complete Works programme for diversity and quality in British Poetry, and an Associate Poet at the Institute of Contemporary Arts (ICA) in 2015.  He is the founding editor of The Poetics of Grime, the current poetry editor for The White Review, and he has edited special issues of Magma Poetry and Poetry Review.  He teaches, writes and produces music, organises and hosts poetry, music events and radio programmes, and DJs.

Annie Yim founded MusicArt in 2015 in London.  Described by The Times as a pianist who “made the most beautiful sounds, radiantly coloured, thoughtfully articulated”, she was St John’s Smith Square Young Artist in Residence in 2016/17 and made her UK concerto debut at LSO St Luke’s.  As founding member of the Minerva Piano Trio, she is currently Making Music Selected Artist 2018.  Born in Hong Kong and brought up in Vancouver, she holds a Doctor of Musical Arts degree for her performance-based research at the Guildhall School of Music and Drama, and City, University of London.

Raymond Yiu was born in Hong Kong.  Nominated for the prestigious Royal Philharmonic Society’s best large-scale composition category in 2018, Raymond’s recent works include The World Was Once All Miracle for the Manchester International Festival in 2017 and Symphony for 2015 BBC Proms.  He was a British Composer Awards winner in 2010.  Originally trained as an engineer, Yiu was self-taught as a composer until he undertook his DMus under the auspice of Julian Anderson at Guildhall School of Music and Drama in 2009.