Skip to content
Home >What's On>Do You See What I Hear?
News About Search Donate Shop

Do You See What I Hear? 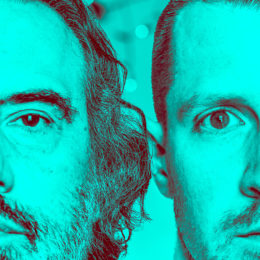 A dramatic conversation between music and spoken word, hailed as “Incredibly modern and inventive” by Edinburgh Guide. Internationally acclaimed composer James Wright Glasgow performs the music he has composed for the new poems of Mario Moroni (winner of the Lorenzo Montano Poetry Prize) as Moroni
recites his works. The Camden Fringe marks its London premiere, following performances in Brazil, Italy, Scotland, and the United States.

The poetry is atmospheric and immersive, and the music is haunting and beautiful. The music is performed on an electric cello with an adjoined pocket-sized drum synth and ranges from a modern take on orchestral impressionism to experimental usage of an analog looping system, creating a dynamic back and forth with
Moroni’s words.

In addition to projected video images, the production features new methods of musical notation based on recursive algorithms and the symbol language Blissym, mimicking themes of Moroni’s works, dancing between the rational and irrational. This performance is for anyone with an interest in poetry, music, experimental art, language, or mathematics.