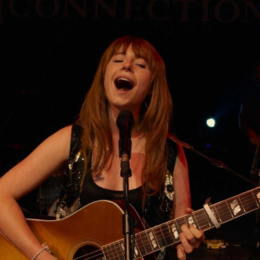 Screening: WILD ROSE (+ Intro & Discussion)
Jessie Buckley delivers an electrifying, star-making performance a rebellious singer who dreams of trading working-class Glasgow for Nashville. Just out of prison, Rose juggles a menial job and two children for her bold ambition. of a one-way ticket to stardom. The film begins a life-changing journey: bold young woman from lowly background gets to sing at the Grand Ole Opry. That’s what happened to Loretta Lynn (Sissy Spacek) in Coal Miner’s Daughter (1980), and it happens to Rose-Lynn Harlan (Jessie Buckley) in Wild Rose. One small discrepancy: the Grand Ole Opry in the first film was the Opry, in Nashville, Tennessee, whereas the Opry in the new film is in Glasgow, Scotland, next to a hair-and-beauty salon called Indulge.  Jessie Buckley adds Wild Rose to her Beast (2018), confirming her as a specialist in the untamed: ballsy and fiery, at once wised and wired up and dangerously immature. ♦ July 1, 2019, Anthony Lane, The New Yorker
Empire magazine, Terri White, 8 Apr 2019
After last year’s feature film debut in the bleak psychological thriller Beast, there is little doubt that Jessie Buckley is more than just another new actor with star potential. She is the real deal, capable of a depth of dramatic delivery that actors stretch their entire careers for.  When Rose-Lynn lands a job as a daily woman for middle-class Susannah (Sophie Okonedo) you sense that you know this film. You’ve seen this formula. The altruistic, well-meaning (patronising) Hampstead woman with money and time on her hands attempting to save the girl in need by offering a path to that life-changing opportunity.  But just when you’re sure of foot, you’re tipped off-balance with narrative pivots that transform the film from heart-warming Brit flick to something with considerably more bite and substance. Gingerly at first, then with real intent, the film puts an elbow into the hot waters of motherhood, of female sacrifice and sense of self and the (absolutely cultural – JW) right to personal nourishment. There, the film — and specifically a beautifully paired Walters and Buckley — shines, swelling around the issues it kneads without hitting upon any easy answers.
Jessie Buckley impresses again in the story of a woman who wants and needs so much more. A seemingly well-worn narrative becomes a more interesting (British) look at the responsibilities and rights of being a mother with a dream.
The sense of music giving voice to conflicts that otherwise scream in silence is at the heart of Taylor’s script, an idea embodied by Buckley.  Her performance reaches out from the screen and grabs the audience by the throat. Brilliantly, she manages simultaneously to convey boisterous confidence and searing self-doubt.  Mark Kermode in The Observer