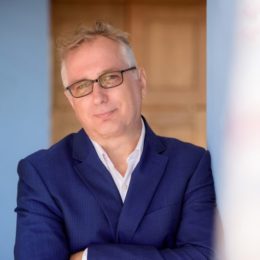 Last time Henry Normal read at The Poetry Cafe, tickets sold out in a flash. It was a fantastic evening of jokes, stories and poems, so we are very pleased to welcome him back for a reading from his brand new poetry collection This Phantom Breath.

Henry is co-writer and producer of some of the very biggest hits of British TV and cinema over the past decade and a half. He co-wrote  Mrs Merton, The Royle Family and much of Steve Coogan’s early output. He’s produced everything from 24 Hour Party People, to Red Dwarf, Nighty Night and Philomena.

He may be less well-known as a poet, though he is no less esteemed. Influenced by the  Liverpool poets; Adrian Mitchell, John Cooper Clarke and ‘ranting’ poets like Steven ‘Seething’ Wells, along with poets on the cabaret circuit like John Hegley, Henry was a stalwart of the performance poetry scene of the 1980s, before he was diverted into TV. He is the founder of the Manchester Poetry Festival (now the Literature festival) and co-founder of the Nottingham Poetry Festival. 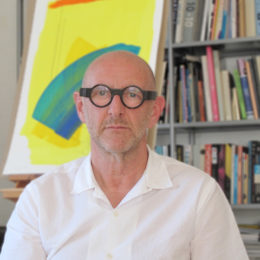 Pete has had two previous books of poems published; Strike and Personal Vendetta (the latter under his pseudonym, John Bitumen). His more recent poems explore love and family relationships whilst there’s still a deeply political edge to works about the world we choose to tolerate.

‘It’s no coincidence that Pete Ramskill is also a stone carver, he brings the same tools to his poetry – a hammer and chisel…’

We’ll gather at 7pm for drinks and chat, and his gig starts at 7.30pm. Henry has generously offered to donate all proceeds from ticket sales to the Poetry Café fundraising campaign, and we thank him for it!