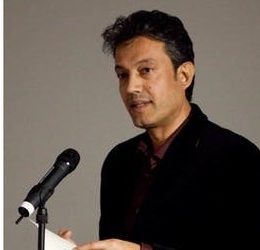 AMAR Foundation is delighted to invite you to hear three of Iraq’s celebrated expatriate poets at the Poetry Society Cafe for an informal and enlightening evening of poetry and conversation.

Each poet will be reciting and discussing their work for 15 minutes, followed by more general conversation and questions.

Ghareeb Iskander Saedi is an Iraqi poet living in London. He has published serveral books including A Chariot of Illusion (London 2009); Gilgamesh’s Snake(Beirut 2012); Translating Sayyab into English (London 2013); Gilgamesh’s Snake and Other Poems, a bilingual collection, which won Arkansas University’s Arabic Translation Award for 2015 (Syracuse University Press, New York 2016). He has taken part in many international poetry festivals. Ghareeb was the featured writer of Scottish Pen in 2014.

Adnan Al- Sayegh was born in al-Kufa, Iraq in 1955. He has published eleven collections of poetry, including the 550-page Uruk’s Anthem (Beirut 1996) and won several international awards and has been invited to read his poems in many festivals across the world. His poetry has been translated into many languages. He left his homeland in 1993 and since 2004 he has been living in exile in London.

Hassan Abdulrazzak is an award winning Iraqi-British playwright. His plays include Baghdad Wedding (Soho Theatre, 2007, Belvoir St Theatre, 2009, Akvarious productions 2010), The Prophet (Gate theatre, 2012), Love, Bombs and Apples (Arcola Theatre, 2016 and UK tour. Golden Thread Productions, San Francisco, 2018, Kennedy Centre, Washington DC 2019) and And Here I Am (Arcola Theatre, 2017 and UK and Middle East tour). His poetry is published by Snakeskin (http://www.snakeskinpoetry.co.uk) and in the anthology ‘We Are Iraqis: Aesthetics and Politics in a Time of War’ (editors Nadje Al-Ali and Deborah Al-Najjar).

The poems he will read will touch on Iraq and the Middle East, religion and love.

We are deeply grateful to the poets for sharing their time and poetry with us in support of AMAR Foundation and Iraq in general.

Refreshments are also available from the cafe before and during the event.

Ghareeb says ‘I will read mainly from this book…

Tickets are free but must be booked via this Eventbrite link.