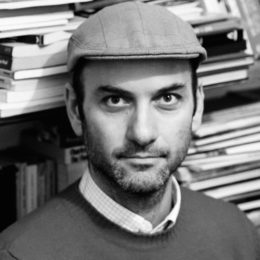 (from ‘Cycles’ by Leo Boix)

Diego Alegría has a Bachelor’s Degree in English Linguistics and Literature from Universidad de Chile and is currently an MA student in Literature at the same university. He published Open Root (Raíz abierta) in 2015, and has won both national and international literary prizes, including the Premio Municipal Juegos Literarios Gabriela Mistral (Chile, 2012); Premio José María Valverde (Spain, 2014) and Poetry Scholarship for the Neruda Foundation (2017). He is currently working on an ‘echo poetics’ project called Rooms (Estancias), and has been influenced by the work of John Keats, Rainer Maria Rilke, T S Eliot, Giuseppe Ungaretti, Pablo Neruda and Vicente Huidobro.

Leonardo Boix is an Argentinean poet and journalist based in London and Deal (Kent). He read Latin American Studies at Birkbeck College, University of London, where he also gained an MA in Latin American Literature and Culture. He has published two collections in Spanish, Un lugar propio (Letras del Sur, Bs. As.), followed in 2016 by Mar de noche (Letras del Sur, Bs As). In English, his poems have appeared in P N Review, The Poetry Review, Modern Poetry in Translation (MPT), The Rialto, Litro, Magma Poetry, Under the Radar, The Morning Star, The Laurel Review, Ink Sweat & Tears, and elsewhere, as well as in many anthologies including Ten: Poets of the New Generation (Bloodaxe, 2017), Aesthetica Creative Writing 2017 and American ABCD (Paripe Books, 2017). Boix is a fellow of The Complete Works scheme, a UK national programme for BAME poets. In 2018, he won first prize in the Exiled Writers Ink Poetry Competition, as well as the Anglo-Chilean Society Poetry Competition. At present Boix is co-director of Invisible Presence, a development scheme to nurture new young voices of Latinos in the UK. He is working on his first full English collection.

Adelaide Ivánova is a Brazilian poet and artist (b. Recife, 1982). She lives between Berlin and Cologne. Her first poetry collection, O Martelo (The Hammer) was published in 2016. Her work has been featured in English in Clinic and Alba Londres.  Her work will be read by her translator Francisco Vilhena, who is assistant editor at Granta. He writes short essays and also translates from the Portuguese. His work can be found in Modern Poetry in Translation, Clinic, Wasafiri and elsewhere.

More about Diego here, about Leo here and Adelaide here.

Doors open at 7pm for drinking and chatting; the readings will start at 7.30pm. All welcome.