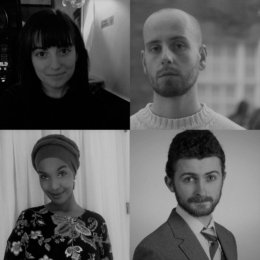 The event will be a reading from the four winners of the 2018 New Poets Prize (run by Poetry Business). Following their winning of the prize, the four poets produced pamphlets which have very recently been launched (1 June), and at the event all four will read from their pamphlets. Copies will also be available to purchase. 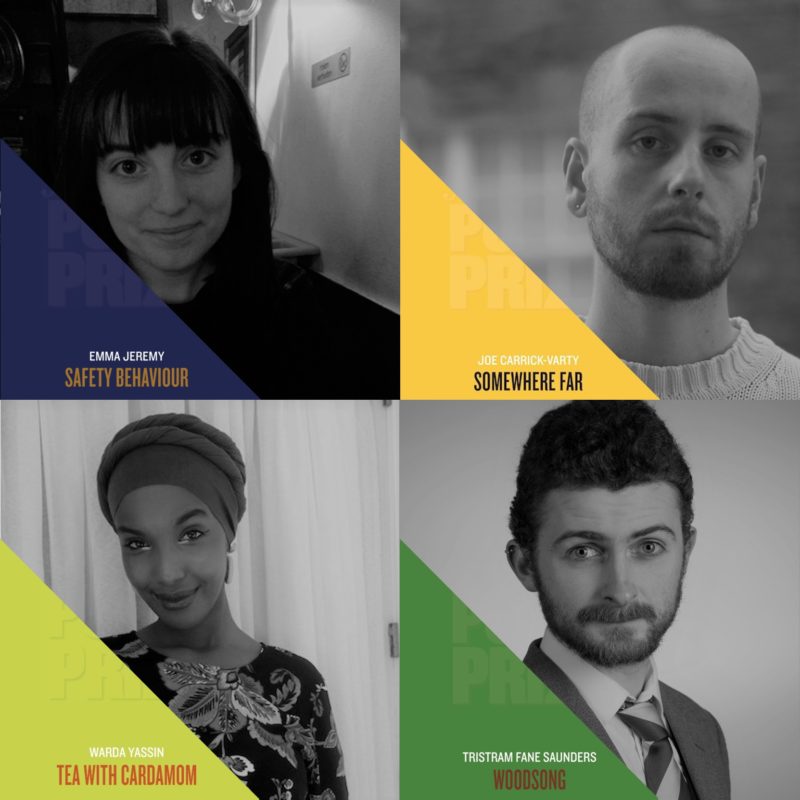 Tristram Fane Saunders lives in London with a patient and understanding girlfriend, three cacti and a cat. His poems have appeared in journals including Poetry Ireland Review, The Dark Horse and The London Magazine, and he has performed his poetry at Latitude Festival and the Edinburgh Fringe. His pamphlet Woodsong reinvents the medieval epic Buile Suihbhne as a lyric sequence about loneliness, companionship and what keeps myths alive. Lost and bewildered, cursed to flit from tree to tree, Sweeney has lived in the woods so long he’s almost forgotten who he is. Most of us have forgotten, too.

Warda Yassin is a Sheffield based Somali poet. She is part of the Hive network and The Writing Squad. Warda writes about family and culture, and the spaces between these worlds. She has performed alongside the likes of Buddy Wakefield and Jean Binta Breeze. Her work has been anthologised in Introduction X (Smith|Doorstop), Verse Matters (Valley Press) and Halfway Smile (Hive). Crossing borders and cultures, and combining the family storytelling of a home in Somalia with a childhood in a UK city, Warda’s pamphlet Tea with Cardamom contains so many lives: the colour, the laughter and the heartache.

Joe Carrick-Varty is a writer based in Manchester whose poetry and reviews have appeared in PN Review, The North, The Dark Horse and elsewhere. In January 2018, he was named one of Eyewear’s Best New British and Irish Poets. He is a graduate of the Centre for New Writing. Having recently acquired a very (very very) overgrown allotment, he divides his time between the library and the Southern Allotments Society. Joe’s pamphlet Somewhere Far explores the traumas of growing up too early; of encountering an adult world of loss, of addiction, of absence, of mental illness, all the while trying to make sense of a future. Permanently out of kilter, the poems reveal more than their speakers know.

Emma Jeremy was born in Bristol and lives in London. She studied English at Brunel University, and her poems have featured in publications such as Rising, Poems in Which and Poetry London. Emma’s pamphlet Safety Behaviour is about the reality of living with an anxiety disorder, and what happens when your ‘safety behaviours’ fail to keep you safe.
Readings will be 15 minutes each (2 poets then a break, then 2 more poets) – with opportunities to buy the pamphlets and have them signed at the end.