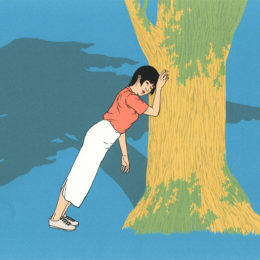 – Please note: we have brought forward the start time of this event to 7pm –

Join us at a celebration of the Summer issue of The Poetry Review in The Poetry Café. Our readers will be contributors Raymond Antrobus, Liz Berry and Martina Evans and two exclusive short poetry films featuring Andre Bagoo and Peter Gizzi, introduced by Review Editor Emily Berry.

Raymond Antrobus is a Hackney born British Jamaican poet, educator, editor and curator of Chill Pill. His pamphlet, To Sweeten Bitter (2017) is published by Out-Spoken Press and his forth-coming debut, The Perseverance (2018) is being published by Penned In The Margins in October.

Martina Evans is a poet and novelist. Her latest poetry collection of poems Now We Can Talk Openly About Men was published by Carcanet in May 2018.

About our film contributors

Andre Bagoo’s most recent collection, The City of Dreadful Night, is published by Prote(s)xt. Previous collections include Burn, published by Shearsman, which was longlisted for the 2016 OCM Bocas Prize for Caribbean Literature, and Pitch Lake, published by Peepal Tree Press in 2017. He lives in Trinidad.

Peter Gizzi is a poet, essayist, editor and teacher based in the USA. His most recent publications are In Defense of Nothing: Selected Poems 1987 –2011 (Wesleyan, 2014) and Archeophonics (Wesleyan, 2016), which was a finalist for the National Book Award.

Tickets to this event are free but please email [email protected] to reserve a place.