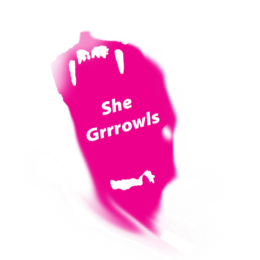 She Grrrowls is a feminist arts night focussed on showcasing women and non-binary people in poetry and spoken word. The show consists of features acts, with a Q&A and limited open mic spaces. Signing up in advance is recommended and spots are 5 minutes.

She Grrrowls has been featuring women and non-binary people in the arts since 2013 at various venues throughout London. Hosted by poet Carmina Masoliver, the show came to Edinburgh Fringe Festival as part of the PBH Free Fringe in 2017 and 2018. Additionally, the event has featured at Goldsmith University’s The Place for Poetry conference in 2015 and at Southbank Centre’s Women of the World festival in 2018.

Edited by Carmina Masoliver, She Grrrowls: The Anthology was published by Burning Eye Books in 2017, and listed in the top 100 books of 2017 by The Poetry School. The tour features Joelle Taylor, Selina Nwulu, Aisling Fahey, Sophie Fenella, Esther Poyer, Belinda Zhawi, Rachel Long and Rowena Knight.

Under 18s must be accompanied by an adult.