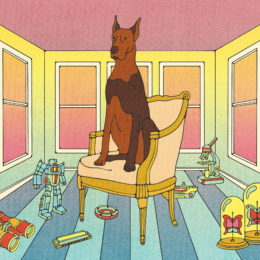 Join The Poetry Society for the online celebration of the autumn 2021 issue of The Poetry Review.

The exciting line-up of poets will include Rachael Allen, Sheri Benning, Sarala Estruch and Shane McCrae. The event will be introduced by Review Editor Emily Berry. Space may be limited, so book your place.

Rachael Allen is the author of Kingdomland (Faber) and co-author of numerous artists’ books, including Nights of Poor Sleep (Prototype), Almost One, Say Again! (Slimvolume) and Green at an Angle (Kestle Barton). She was recently Anthony Burgess Fellow at the University of Manchester, and is the poetry editor for Granta.

Sheri Benning grew up on a farm in central Saskatchewan, Canada. Her most recent poetry collection, Field Requiem, was published by Carcanet in September. She’s also the author of The Season’s Vagrant Light: New & Selected Poems (Carcanet Press), as well as Thin Moon Psalm (Brick Books) and Earth After Rain (Thistledown Press) published in Canada. Her poems, essays and short stories have appeared in North American, British and European journals and anthologies, most recently The Paris Review, Times Literary Supplement, Brick and PN Review. Benning completed a PhD at the University of Glasgow and currently lives in Saskatchewan, where she teaches.

Sarala Estruch is a British poet and writer of mixed European and Indian heritage. She holds degrees in English Literature and Creative Writing from Goldsmiths College and Birkbeck College, University of London. Her poetry, creative non-fiction, and reviews have appeared in amberflora, Wasafiri, Poetry London, and The Guardian, among others, and her work has been featured on BBC Radio 3. Her debut pamphlet Say is forthcoming from flipped eye in late October. Sarala is also an editor and critic, and a member of the Ledbury Poetry Critics.

Shane McCrae’s most recent books are Sometimes I Never Suffered, shortlisted for the T.S. Eliot Prize and the Rilke Prize, and The Gilded Auction Block, a Telegraph Poetry Book of the Month, both published by Corsair. His poems have appeared in the Best American Poetry series, Poetry, The American Poetry Review, Gulf Coast, and other anthologies and journals, and his many awards include the Lannan Literary Award, a Whiting Writer’s Award, and a Pushcart Prize. He teaches at Columbia University in New York.