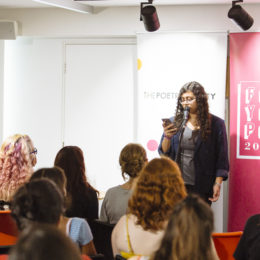 Get ready – on Saturday 15 June we’re hosting our fourth free Young Poets Takeover. This time we’re extremely excited to be joined by three incredible young poets from Chicago who are taking the US poetry world by storm.

Natalie Richardson, Kara Jackson and Patricia Frazier will be in London as part of a unique poetry exchange designed by poet Peter Kahn “to make the world both smaller and larger at the same time”. Two of these award-winning poets are also winners of The Poetry Society’s Foyle Young Poets of the Year Award.

Join us for a poetry gig by and for young writers, with sets from these three poetry stars, as well as participants in the afternoon poetry workshop. There will also be an open mic section for all poets up to the age of 25. The event will once again be hosted by The Poetry Society’s Education Co-ordinator Helen Bowell.

Feeling brave? You can perform at this event. There will be a limited number of open mic slots of 2 minutes each for all young poets – just arrive at 3.30pm to sign up on the day! We welcome all styles of poetry, and writers at all stages in their development. It’s first come, first served and open mic slots are popular, so arrive promptly to get your name on the list. Register for your free ticket to the event on this page.

And if you don’t want to perform but do want to hear young talent and meet your poetry peers, come along! We definitely encourage getting to know other young poets (though mingling is not required). You can register for your free ticket on this page.

Arrive 3.30pm for tea and chat. Sign up for open mic from 3.30pm. Readings start at 4pm promptly.

Email queries and any access requirements to [email protected]. 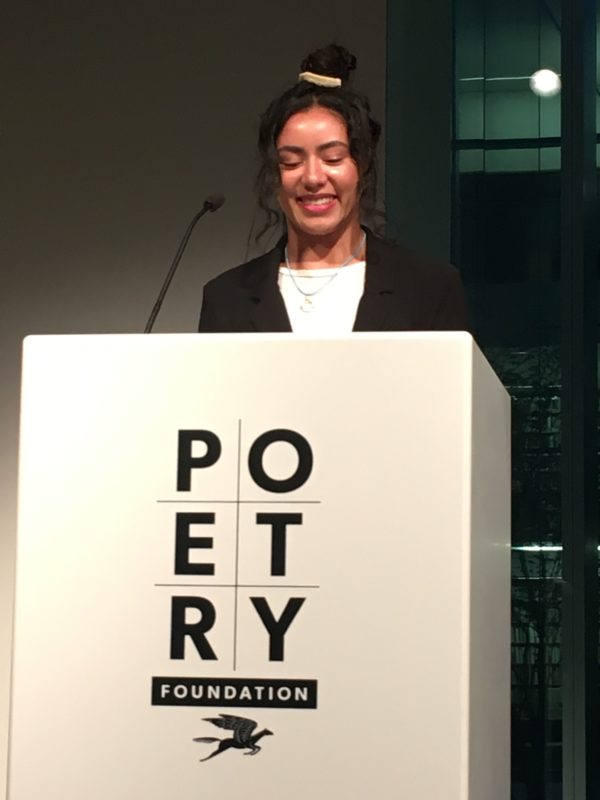 23-year-old University of Chicago graduate Natalie Richardson is the Education & Outreach Fellow at Theaster Gates’ Rebuild Foundation.  She brings poetry, literary arts and community programming to the South Side of Chicago where arts curriculum and extracurricular activities in schools have been decimated.  She was a mentor for Aspen Institute Ideas Festival Youth Arts Seminar, has taught workshops in Chicago Public Schools, and while a senior in college, received a grant from the Davis Projects for Peace and the Dalai Llama Fellows to create and test an original idea for building peace.  As a result, she co-founded a grassroots arts initiative project on Chicago’s south side to bring free arts programming to community spaces in underserved neighborhoods.   Natalie is one of four inaugural students selected for Northwestern University’s joint MFA in Creative Writing/MA in English program, with faculty including Pulitzer Prize winner, and former National Poet Laureate, Natasha Trethewey, National Book Award finalist Reg Gibbons and PEN Hemingway Book Prize winner Chris Abani.  In high school, Natalie won the prestigious Poetry Society of America’s national high school competition, was commended in the Foyle Young Poets of the Year Award and was awarded the National Student Poet Award for the Midwest, the highest award for American high school writers, by Scholastic and The President’s Committee on the Arts & The Humanities for which she traveled to the White House to meet the Obamas. Her work has been published in Poetry magazine and in Arts & Letters, and she recently was selected as a 2018 Luminarts Fellow in Creative Writing. 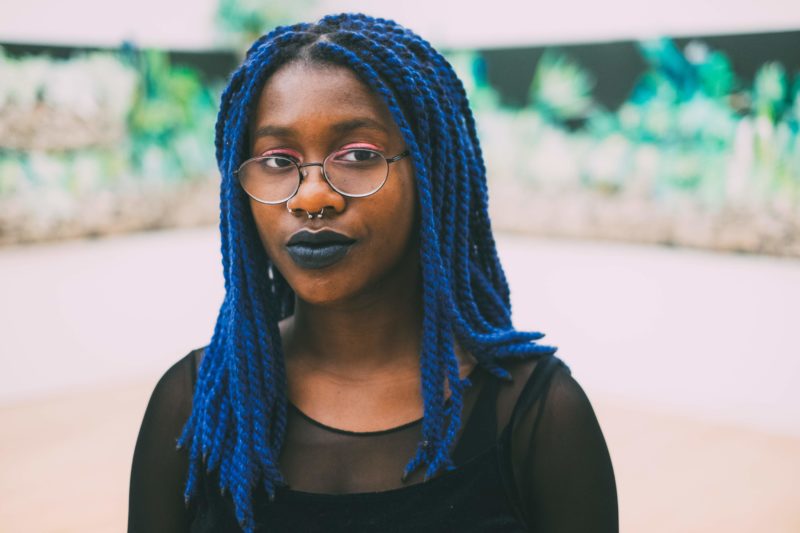 A two-time commended poet in the Foyle Young Poets of the Year Award, 18-year-old Kara Jackson is the new Youth Poet Laureate of the USA and the Youth Poet Laureate of Chicago.  She won the literary award at the 2018 Louder Than a Bomb finals selected by National Book Award and Pulitzer Prize finalist Patricia Smith.  Kara was a member of the University of Pennsylvania’s Adroit Magazine Mentorship Program; was selected three times to the extremely competitive Louder Than a Bomb “Bomb Squad”; won the Brown University Book Award; and is a multiple awardee of the Scholastic Arts and Writing Award.  She was a semi-finalist in Nimrod International Journal’s Pablo Neruda Prize in Poetry and was selected by Pulitzer Prize winner Tyehimba Jess as runner-up in the Frontier Poetry’s Award for New Poets.  It should be noted that Kara competed against adults in both of these latter competitions.  Kara just had an essay published in Poetry magazine making her one of the youngest prose writers in the 106-year-history of the prestigious journal. 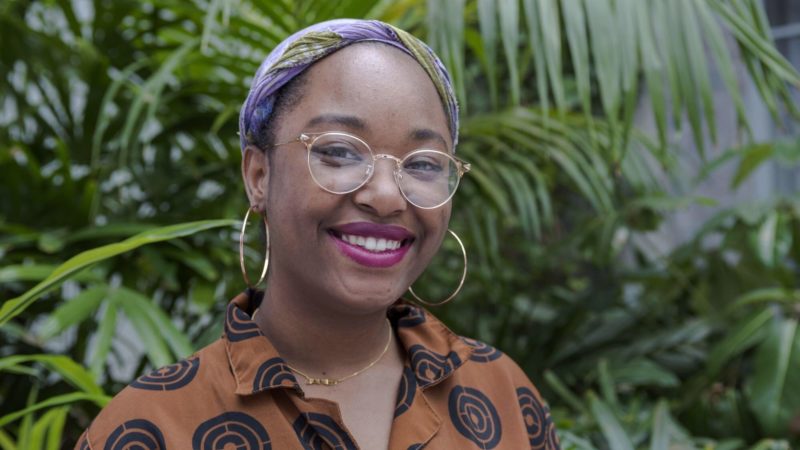 Former Youth Poet Laureate of Chicago, 19-year-old Patricia Frazier was recently named second-ever National Youth Poet Laureate, where one of her projects will be to team with Free Write Arts & Literacy to do writing workshops in juvenile detention centers.  Patricia lived in an infamous housing project on the South Side of Chicago when she was a young girl and often writes about Chicago’s inequalities.  She has been featured on PBS television, ABC news and National Public Radio, and in theChicago Tribune, Chicago Magazine and Vogue.  Her poem “I am Windy City” is to be featured in Northwestern University Press’s forthcoming Book The End of Chiraq.  Her first collection—Graphite— comes out in September with Haymarket Books. 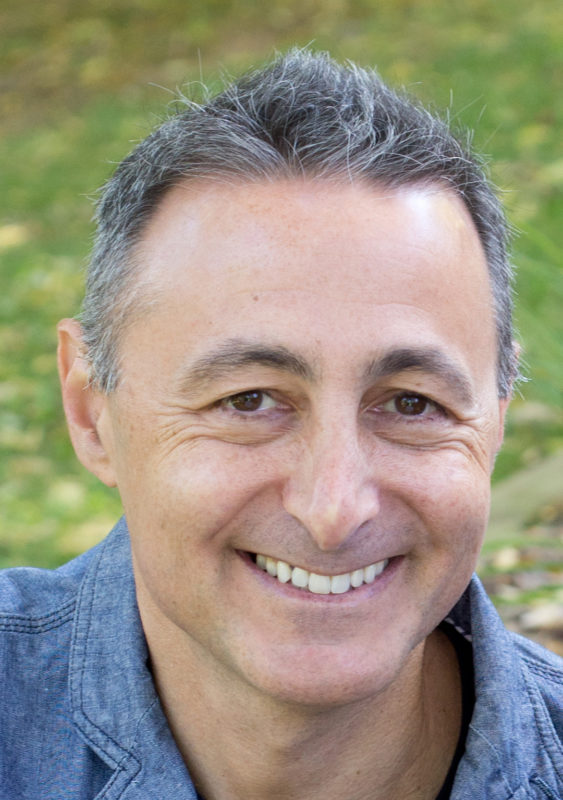 Peter Kahn is a founding member of Malika’s Kitchen and co-founder of the London Teenage Poetry Slam. He has been a high school teacher at Oak Park/River Forest High School in Chicago since 1994 and has recently also taught at Roosevelt University.  As a Visiting Fellow at Goldsmiths-University of London, he founded the Spoken Word Education Training Programme. Peter holds an MA in English Education from The Ohio State University and an MFA in Creative Writing from Fairfield University. Along with Patricia Smith and Ravi Shankar, Peter edited The Golden Shovel Anthology:  New Poems Honoring Gwendolyn Brooks. Peter wrote and judged the Young Poets Network Golden Shovel challenge in 2019.

This event is supported by the Foyle Foundation as part of the Foyle Young Poets of the Year Award. 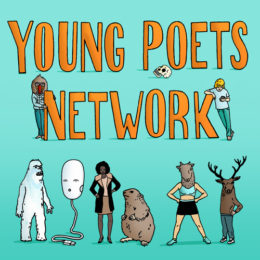 + Google Calendar+ iCal Export
Tickets are not available as this event has passed.

Tickets are free but must be reserved