We are delighted to announce that Lesley Ingram from Herefordshire Stanza is the winner of our 2020 Stanza Competition for her poem ‘Confession’, chosen by Heidi Williamson. You can see Lesley read her poem in a specially filmed reading.

Heidi: “The quiet title ‘Confession’ draws us in to intimately witness a domestic scene with repercussions across the years… The poem interrogates what is felt and meant between people – often despite words. It says something out loud that has resonated with the writer for a long time, and now resonates strongly in me as the reader. It stayed with me.”

Lesley: “I am writing a series of poems under the working title of ‘Tai Chi for Estranged Sisters’, and am trying to answer questions such as: What could cause such estrangement? What would one sister never tell another, and why? Is silence ever protective? And then I remembered this event, which I’d never told anyone about.”

Our two Joint Runners-up are Hilary Jupp from North Cornwall for ‘The Danger is’ and Nicky Kippax from York for ‘Home birthing to Snoop Dogg’.

The theme of this year’s competition was ‘Hear’. 389 poems were sent in from 234 poets and 85 out of the 109 Stanzas. The annual competition is open exclusively to Poetry Society Members who are also members of a Stanza.

“What a privilege it’s been enjoying your poems on the theme of ‘Hear’. Poems are so often visual – reading nearly 400 poems where sound, or lack of sound, was the focus was fascinating. There were many birds, conversations, tinnitus, the unsaid or misheard, onomatopoeic poems, poems aware of their own music, and poems interrogating the rarely heard sounds or enforced silences of lockdown. It was absorbing to enter each and every world submitted. Each entry had heart and skill. Thank you.

I’m always trying to edit each of my poems to be its absolute best self, and this can be the most challenging part of the poetic process. Some entries had so nearly reached their poetic destination but for a couple of wobbly or uncertain choices. Some had knockout lines but would have benefited from tighter ending. Some began terrifically but didn’t sustain their energy to the end. Some started uncertainly then became outstanding. I’m sure many of the poems will find homes elsewhere. Give them a good hard look, fix that one word you weren’t sure of, and send them back out into the world.

So many of the poems could have been chosen. If yours wasn’t lucky this time, don’t lose heart. The quality of the work sent in was fantastic. I chose poems that moved me, that stayed with me. I chose poems I thought worked beautifully or differently or with integrity and insistence. Ones I thought other readers might connect with too. I mulled on technical skill, risk, framing, how the poem runs – from the title, entry point to the poem and how it ‘lands’ at the end – whether softly, loudly, an opening out, a closing down. Does it withstand repeated reading or give all its energy up on first take? Do I end up carrying it in my head days after I read it.” 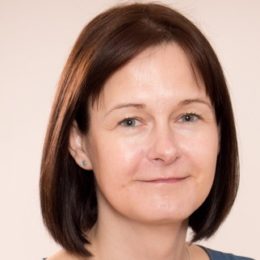 Heidi Williamson is a poet, tutor and writing coach. As well as running 1-1 online Poetry Surgeries on behalf of The Poetry Society (private feedback on your poems-in-progress, wherever you live), she has worked in schools, museums, private companies and as a writer-in-residence. She studied poetry and prose at the UEA, and reads and delivers workshops regularly throughout the UK. Her first collection Electric Shadow (Bloodaxe, 2011) was a Poetry Book Society Recommendation and shortlisted for the Seamus Heaney Centre Prize for Poetry. Her latest collection The Print Museum (Bloodaxe), won the East Anglian Writers ‘Book by the Cover’ Award and the 2016 East Anglian Book Award for Poetry.

In 2008 and 2009 Heidi was writer-in-residence for the London Science Museum’s Dana Centre. From 2011-2014 she was writer-in-residence at the John Jarrold Printing Museum. As an accredited Writing Coach, Heidi helps creative writers in 1:1 sessions both privately and through Writers Centre Norwich. She is a professional member of the Association for Coaching. She has many years’ experience developing and delivering writing workshops for adults and children, working with organisations including The Poetry School, Writers’ Centre Norwich, Poetry Anglia, the Science, Art and Writing Trust, Virgin, and for individual schools, festivals and writing organisations.

Her third poetry collection Return by Minor Road, is out now with Bloodaxe. She won the 2019 Plough International Poetry Prize, judged by Greta Stoddart. heidiwilliamsonpoet.com

History of the competition

The annual Stanza Competition began in 2007 and is open exclusively to Stanza members who are also Poetry Society members. Free entry. Prizes: The winning poet is given the choice of a free Poetry Prescription or a year’s Poetry Society membership – or the equivalent. There are two joint runners-up and ten commended poets. The theme for the competition is the antithesis or balance to that year’s National Poetry Day theme.