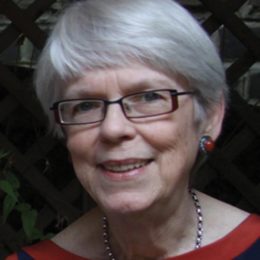 We are sorry to announce the death of Carole Satyamurti, poet, sociologist, teacher and former winner of the National Poetry Competition, who died on 13 August.

Carole was the author of six collections of poetry – her first three with Oxford University Press and the three thereafter with Bloodaxe. Stitching the Dark: New & Selected Poems and her most recent collection, Countdown, were published by Bloodaxe in 2005 and 2011 respectively.

Carole won the 1986 National Poetry Competition with her poem ‘Between the Lines’, an achievement that proved a key stepping stone in her career as a poet, as she would later explain to Poetry News: “Winning the National Poetry Competition was enormously exciting – almost shocking. It put me in touch with a poetic community I hadn’t been part of. And it drew the attention of the poetry editor at Oxford University Press, who wrote asking if I had a collection ready. In fact, I had already sent her my first collection which, it turned out, had been sitting in her slush pile for months. My first collection, Broken Moon, came out from OUP in 1987.”

Other prizes included Arts Council Writers’ Awards in 1988 and 2008, and a Cholmondeley Award in 2000. She was joint winner of the inaugural Roehampton Poetry Prize in 2015 for her acclaimed Mahabharata: A Modern Retelling (W.W. Norton); this was also shortlisted for The Poetry Society’s Ted Hughes Award for New Work in Poetry.  Extracts from this poem can be read here and here.

Carole trained as a sociologist and taught at the Tavistock Clinic, London, where her principal academic interest was in the relevance of psychoanalytic ideas to an understanding of the stories people tell about themselves. She contributed to, and co-edited, with Hamish Canham, a collection of essays on the connections between poetry and psychoanalysis, Acquainted with the Night: psychoanalysis and the poetic imagination (Karnac, 2003). The Poetry Society owes Carole a particular debt for helping to found the Hamish Canham Prize for best member’s poem in Poetry News. This was established in conjunction with the Canham Family, following Hamish’s premature death. Always a sympathetic and insightful teacher of poets at The Poetry Society, the Arvon Foundation and elsewhere, Carole was also a committed, insightful and supremely generous member and later chair of the Hamish Canham Prize judging panel. She was a good friend to and supporter of The Poetry Society and will be very much missed.