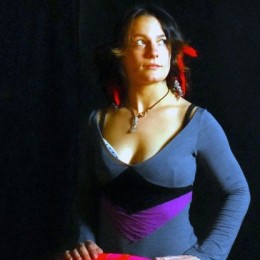 Abigail Parry has won the €10,000 Ballymaloe International Poetry Prize, in association with The Moth, for her poem, Arterial.

The judge, US poet Billy Collins, said: “An actual human heart throbbing along the M4 would seem an ill-advised start to a poem. But what follows is a dazzling bit of shifting between the real and the metaphoric, which lifts the poem to a level of metaphysical play before it descends abruptly into the touchingly real. The reader’s pleasure is keeping his feet under him as the ground rules change.

Abigail received an Eric Gregory Award in 2010, was Commended in the Poetry London competition and has twice been a finalist in the Manchester Poetry Prize.  She is shortlisted for the Live Canon Poetry Competition.

Also on the shortlist were Poetry Society Member Natalya Anderson, James Leader, and David McLoghlin. Each was awarded €1,000 and appear alongside Arterial in the spring issue of The Moth.

The prize is sponsored by Darina Allen’s Ballymaloe Cookery School, in association with The Moth.

Read the winning poem and judge’s comments in full

The Eve of St Agnes Read-Along