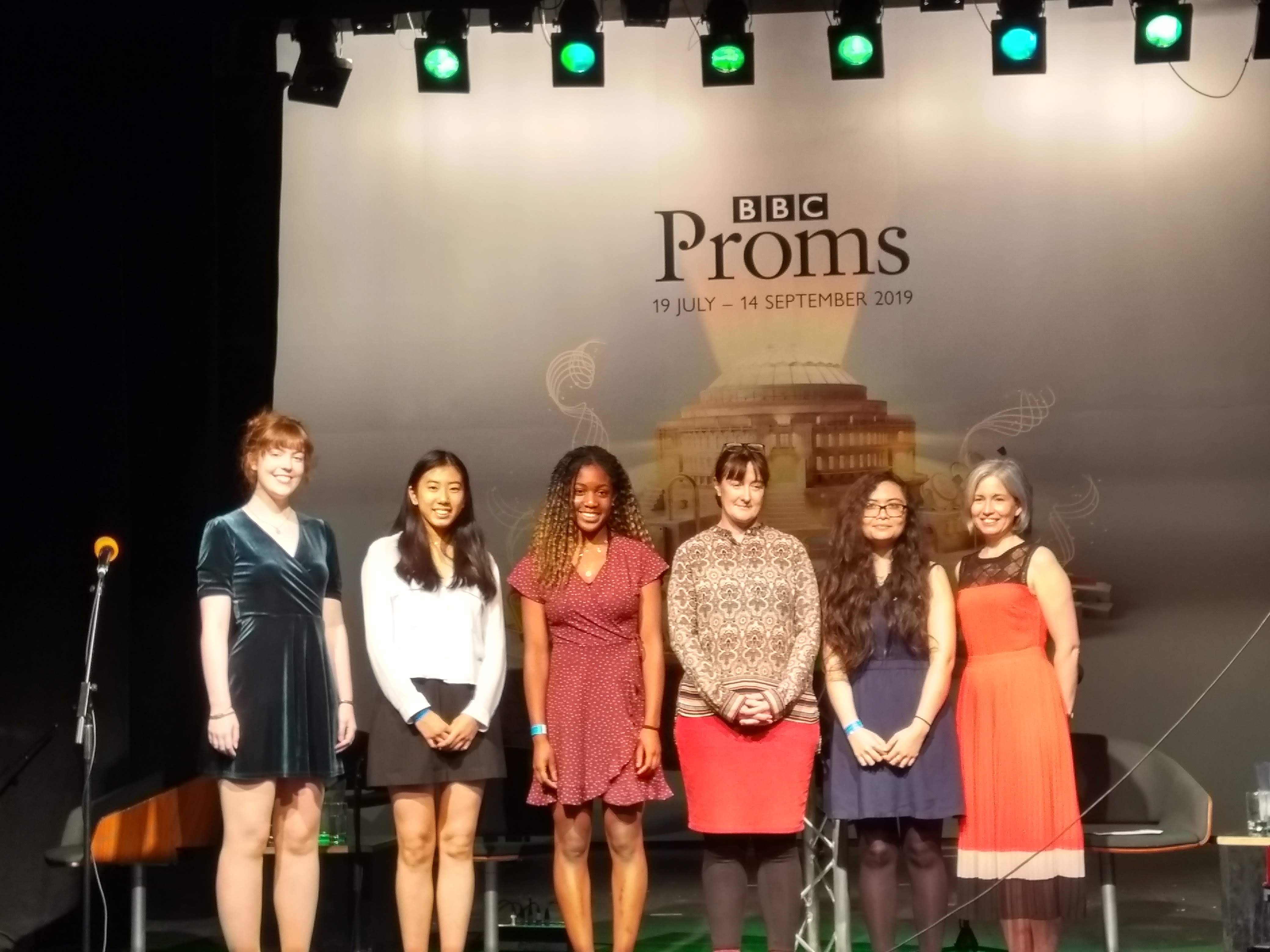 The winners of the BBC Proms Poetry Competition 2019, for poems written in response to a piece of music in the 2019 Proms season, have been announced. This year’s competition was judged by poet and presenter of The Verb on BBC Radio 3 Ian McMillan, acclaimed poet Malika Booker and the Director of The Poetry Society Judith Palmer. The winners were announced at an event which was broadcast on BBC Radio 3 on 12 September 2019. All six winners and runners-up had the chance to hear their poems read by the great actress and poetry lover Adjoa Andoh. You can listen to the programme on BBC Sounds.

Congratulations to Olga Dermott-Bond, the winner of the 19+ category with her poem ‘Poyekhali! (Let’s Go!)’, inspired by Public Service Broadcasting’s ‘Gagarin’. Olga was a runner-up in last year’s competition with her poem ‘Bwbachod’s lament’. We also congratulate runners-up Rachel Burns for her poem ‘St Petersburg’ and Natalie Linh Bolderston for her poem ‘The River’.

Congratulations too to Young Poets Networker Katie Kirkpatrick, who won the 12-18 age category with her poem ‘one man band (gagarin plays the saxaphone)’, also inspired by Public Service Broadcasting’s ‘Gagarin’; and runners-up Joyce Chen for her poem ‘Muse’ and Renée Orleans-Lindsay for her poem ‘Bohemia’.

All of the winning poems are available to read online.

The BBC Proms Poetry Competition is supported each year by The Poetry Society.