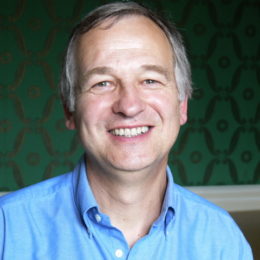 David Attwooll, Poetry Society Member, poet and chair of Liverpool University Press, has died at the age of 67 after succumbing to Erdheim-Chester Disease.

David’s first full collection of poetry, The Sound Ladder, was published in April 2015 by Two Rivers Press. His work has appeared in several magazines and anthologies, and he won the Poetry Business pamphlet prize with Surfacing (smith/doorstop), judged by Simon Armitage. He has also published two pamphlets illustrated by Andrew Walton: Otmoor (Black Poplar 2016) and Ground Work (Black Poplar 2014). In 2015, David was on the shortlist for the Plough Prize and Live Canon poetry competitions, and commended in The Poetry Society’s Stanza Competition for his poem on the competition theme of darkness, ‘For Subway Graffiti‘, judged by Jo Bell: “A celebration of something we usually sneer at, and an identification of the ‘cool cursive thread’ written from Lascaux to Toxteth.”

Marking the dark, a human hand dancing
on dangerous pages of tunnels and trains

Marking the dark, out from the margins
scratching grey light with a jitterbug wave

Victoria Kennefick – “RIP David, a brilliant poet, publisher, musician and reader. His kindness will not be forgotten.”

Nine Arches Press – “Terribly sad to hear this news about David Attwooll, only recently published his excellent poem in Under the Radar.”

Anthony Cond, director of LUP – “In a long and distinguished career, David proved himself to be a pioneering and creative publisher, who made an impact in trade, reference and academic. Always generous and supportive, he was also quick to nurture new talent and to share knowledge, as the sixty-plus clients for his digital consultancy business – including some of the industry’s major imprints – attest.”

Matt Phillips – “David Attwooll was one of the main reasons I got into publishing in the first place. A thoroughly decent man.”

Jessica Kingsley – “So sorry to hear this news. Such a nice man.”

Kieran Goddard – “Woke to the horrible news that David Attwooll has died. A great friend and writer. He’ll be missed.”

David was born in 1949 and began his career in publishing at Oxford University Press in 1970. By the time he left the company he was editorial director of its trade and reference books. In 1989 he joined Century Hutchinson, now Random House, as managing director of its paperback division. In March 1992, after a management buyout, he launched Helicon, the publishing company that bought the rights to Random House’s reference books. He was m.d. of Helicon until 2002.

In 2004, David joined Liverpool University Press, which was facing closure. Its subsequent relaunch with David as chair, and with a corporate structure that he proposed, saw LUP crowned both IPG Frankfurt Book Fair Academic and Professional Publisher of the Year and Independent Academic, Educational and Professional Publisher of the Year at the British Book Industry Awards 2015.

Alongside his roles as director of Attwooll Associates and chairman of LUP, David was also chair of the board of trustees for Oxford Contemporary Music, a member of the Industry Advisory Board for the Oxford International Centre for Publishing Studies, and a member of the cultural advisory board for Oxford Inspires.

David is survived by his wife Trish, and children Will, Kate and Tom.