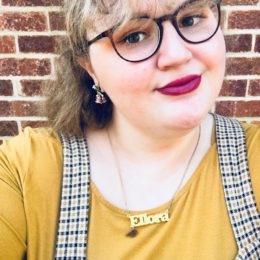 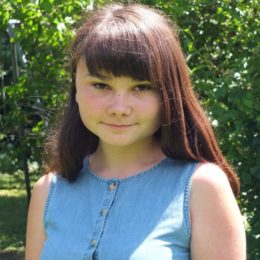 Ellora Sutton and Elsie Hayward have been announced as the inaugural winners of the Artlyst Art to Poetry Award, a new international ekphrastic poetry competition, run by Artlyst in association with The Poetry Society. Read the winning poems here.

Ellora Sutton is the winner of the adult Artlyst Art to Poetry Award for her poem ‘The Angel Gabriel Visits Mary in Bedlam (Ecce Ancilla Domini!)’’, based on Dante Gabriel Rossetti’s oil painting ‘Ecce Ancilla Domini! (The Annunciation)’ created in 1849-50.  Ellora won the top £1,000 prize for her winning poem, beating off competition from over 1,500 other poems.

The judging panel for the adult competition included poet, novelist and art critic Sue Hubbard representing Artlyst, alongside judges Kelly Grovier from Artlyst, Judith Palmer and Ben Rogers from The Poetry Society and poets Katrina Naomi and Helen Ivory.  Sue Hubbard, who was the chair of the judging panel, said of Ellora’s winning poem:

“The Pre-Raphaelites, as did many in the 19th century, saw women as either madonnas or whores. An excess of sexual ardour was considered, to use Freud’s later term, to be a form of hysteria.  This excellent poem captures both the eroticism and possible madness of its female subject. Her sense of despair at not being believed – ‘talking in tongues’ as described in the doctor’s notes – as well as her desire for sexual union and sacrifice.  The language is raw, rich and physical creating, as does Rossetti’s painting, an emotionally tense tableau.”

Ellora, who lives in Hampshire and is studying an MA in Creative Writing with the Open University said on her win: “Winning this exciting new award means so much to me, as a lover of both art and poetry; it has given me a big boost of confidence in my writing, and has been a bright light of happiness for me during these difficult times. I find ekphrasis to be the most joyful form of writing, being able to look through the lens the artist has provided and seeing the world in different terms. My poem is a response to Ecce Ancilla Domini! (The Annunciation) by Dante Gabriel Rossetti. I first came across this painting in November 2019 at the National Portrait Gallery’s Pre-Raphaelite Sisters exhibition. It looks almost grotesque – the Virgin Mary (modelled by the poet Christina Rossetti) is sickly, frightened, shrinking away, and the Angel Gabriel is a sinister, imposing presence. It felt very modern, like a feminist interpretation of the original Bible story, it gives Mary agency. It felt rebellious, especially for 1850. I knew immediately that I wanted to write about this painting. The first line I wrote came from the defiance I saw in the picture: ‘I tell him no.’  The poem formed around that line.”

Elsie Hayward, 15, is winner of the youth prize, winning £100 in book tokens for her poem ‘Cartoon’, inspired by Leonardo Da Vinci’s charcoal and chalk drawing ‘The Virgin and Child with St Anne and St John the Baptist’ (c.1499-1508), which is currently kept in a dark room at the National Gallery in London.

The youth competition was judged by Frances Segelman (Lady Petchey), Helen Bowell from The Poetry Society and poet Rachel Long. Second prize in the youth competition was won by Anne Kwok inspired by a painting by Odd Nerdrum and third prize by Emma Miao, 15, for her poem based on a Bob Ross painting.  The highly commended poets included Annie Davison, Charlotte Hughes, Esther Kim, Jewel Cao and Anna Westwig.

All the winners and highly commended poets will have their poems published on The Poetry Society’s website and will be published in a forthcoming anthology of winners for the Artlyst Art to Poetry Award, which will feature artwork by celebrated artist Sean Scully.

The winners were announced at a live awards ceremony run on digital platform Zoom on the evening of Thursday 30 July 2020.