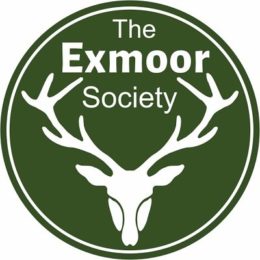 The Exmoor Society has announced the winners of its poetry competition for 2020. The purpose of the competition is to inspire people about Exmoor, one of England’s finest landscapes, and especially poignant this year with the travel restrictions.

The judges were impressed with the standard of entries. Rachel Thomas, The Exmoor Society Chairman, said: ‘I am delighted the Society is encouraging the literary traditions. Each poem was judged anonymously and I am very grateful to the two judges, prize-winning poets themselves, who had the very difficult task of choosing the winners.’

‘Exmoor is a place of many kinds of mood. Its dramatic forms, wild weather and long distances encourage reflection. Here, the poet first conjures up the dynamic life of a specific Exmoor place at dawn and then finds that ‘Time scatters’ as past history comes tumbling – like the swallows – into the present. The past, the Second World War, is in turn vividly conjured by ‘A man preparing to leave’ – on active duty, no doubt. The endings of poems are always of particular interest. Here the poet first shows us the ‘perfect V’ of Victory and then leaves us with a great contrasting detail: the returning soldier’s ‘grinning irregular teeth’. The poem is especially timely as we remember VE Day on its 75th anniversary. Apart from its notable woodlands, North Hill is strongly associated with WWII through the important battle training carried out here.’

Jan Martin was second and Poetry Society Member Richard Westcott third for ‘In a Storm on Ferny Ball’.

Of Richard’s poem the judges commented:

‘Exmoor is a place of literary pilgrimage, as we have been reminded often in the year in which the 250th anniversary of Wordsworth’s birth is being celebrated. As well as Coleridge and Shelley, other – later – artistic talents are deeply associated with Exmoor and one of them particularly, Hope Bourne, with the site of this poem. The poet celebrates not only a remarkable artistic personality, but also the wildness of Exmoor – and finds a way to blend the two.

The three winning poems are on The Exmoor Society’s website and will be published in the 2021 edition of the Exmoor Review, the Society’s annual journal.  There are also plans to collate a selection of the competition entries from the last few years into an anthology of Exmoor poems.

The Exmoor Society exists to promote and organise action for the conservation and enjoyment of the landscape, wildlife and cultural heritage of Exmoor national park. It was established in 1958 and successfully fought proposals to afforest The Chains, the central moorland area of Exmoor. It has continued to campaign against adverse changes and encourage people’s understanding of the park’s special qualities. It acts as an independent watchdog and champion for Exmoor’s status as a national park.