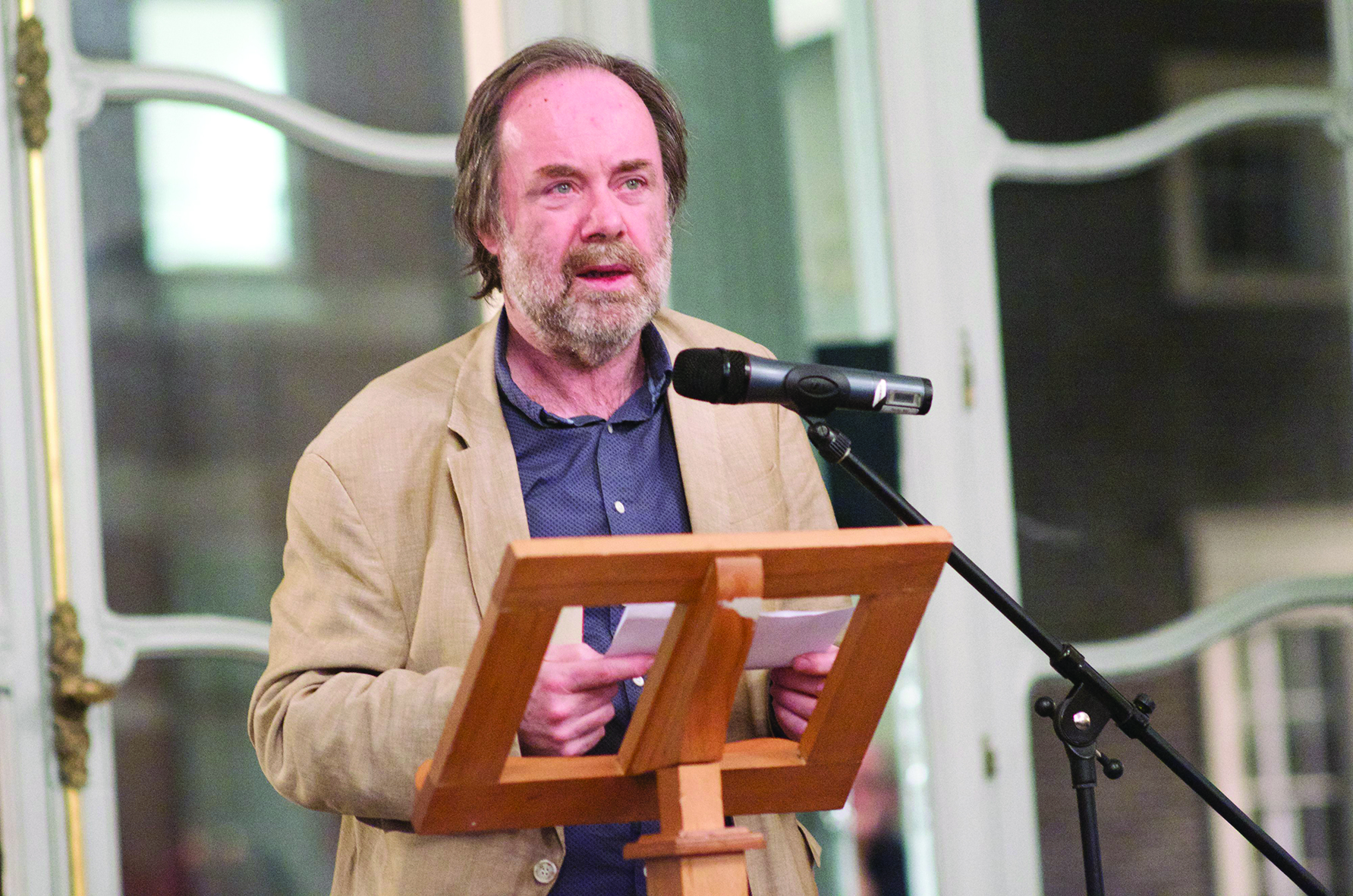 Tributes have been paid to Matthew Sweeney, who has died from motor neurone disease.

Matthew Sweeney was born in Donegal and lived in Cork. He was shortlisted for the T.S. Eliot Prize, the Forward Prize, and received a Cholmondeley Award and an Arts Council Writers’ Award. He was joint second in the National Poetry Competition 2010. He co-edited several poetry anthologies and co-authored, Writing Poetry (Hodder), with John Hartley Williams and co-edited, with Jo Shapcott, the anthology Emergency Kit. My Life As A Painter was published by Bloodaxe Books just four months ago and previous collections include Inquisition Lane, published by Bloodaxe in 2015, Horse Music (winner of the inaugural Piggott Poetry Prize), Black Moon, Sanctuary and The Bridal Suite. His children’s collections include Up on the Roof, The Flying Spring Onion and The Night Post.

Charles Simic said of Matthew Sweeney’s poems: “here are the small and great truths of the imagination that bursts forth out of our daily lives.”

Matthew Sweeney was wonderful. A mischief, a temper, and a grin like a rusted zip. He was edgy as fuck and such fun to be around. Last time I saw him he told me very straight-faced about the two times he had sex with a ghost. RIP Matthew & condolences to your friends and family. pic.twitter.com/IETKnLXWIB

My friend Matthew Sweeney is dead. He put up a spirited fight against the reaper in the past week and wrote up a storm in these last months of life. A long sequence appears in the next issue of Poetry magazine and 5 new poems and 6500 word interview in https://t.co/VIzKcf1TRl

RIP Matthew Sweeney; he was a true poet who knew how to place the best words across the white page like first footprints on snow. Even his darkest lines had a twinkle in their eye.

It’s beyond weird to be typing this but I am so sad to hear of the death of Matthew Sweeney. In a poetry world that can be so -?- Matthew was a goodie. Thinking of Mary and his family today. Lighting a candle and raising a glass to Matthew. A class act. Suaimhneas síoraí dó.

So sorry to hear of the death of Matthew Sweeney of motor neurone disease. A real original and important poet.

Sad to hear of the passing of Matthew Sweeney. A terrific poet — and very much bound up with my education in verse and lasting poetic pleasure through both the gift of his own poems and the brilliant anthology Emergency Kit, which he coedited with Jo Shapcott. RIP.

So sorry to hear of the passing of #MatthewSweeney. He was an inspiration and a great tutor–though I studied with him 30 years ago, I won’t forget the impact he had on my work. For inspiration one evening, he took us on a tour of Highgate Cemetery–it was great fun!

I’m really sorry to hear of Matthew Sweeney’s passing. I only met him once, when we were both teaching ⁦@wcorklitfest⁩ in 2013. We had dinner together & he was great company & a good old gossip. I liked his work very much. Thoughts are with his partner, Mary, & his family. pic.twitter.com/gfvKuGR5NF

I remember Matthew Sweeney leaning on the @PoetrySociety cafe wall talking kindly to me as an aspirant poet. I began a poem ‘You know me Matthew Sweeney’ after reading his How To book – always meant to show it to him. RIP Matthew.

We’re very sorry to hear about the death of Matthew Sweeney. Matthew was a wonderful poet who enthralled readers and audiences and we’re very lucky to have heard him read on several occasions. He will be missed by all and our deepest sympathies to Mary and his family pic.twitter.com/ZP1jUH9yJL

‘The Red Helicopter’ was published in The Poetry Review, spring issue, 2016.

Who authorised the red helicopter
to fly over the city, and stay
buzzing there, cruising in wide
slow circles, like a giant vulture?

The noise crashed into my sleep
yesterday morning before I knew
what it was, then when I realised,
I looked out and saw nothing

though the blades kept whirring,
getting louder, then quieter, but
never stopping – they wouldn’t until
they’d found what they were looking for.

I ducked under them to go into town
to buy the dinner. A cloud emptied
so I taxied home, and heard a search
was on for a sixty-three-year-old man.

I was that man but what had I done?
Had I killed someone and not noticed?
I went into the kitchen, played Coltrane
so loud it silenced the helicopter.

I also attacked the Scottish malt.
This morning the noise whacked me again,
so I ripped the shutters open, and
there it was, big and red in the sky.

It was hovering right above the house.
There was no hiding-place anymore.
I pulled on my kimono, marched out,
barefoot, onto the terrace, to stand there.

Bloodaxe Books has published a full obituary and tribute on their website.