The poetry film ‘Polite Safety Notice’, adapted by animator Aindri C from the Mark Fiddes poem of the same name, has been selected for screening at the ChangeFest Virtual Film Festival 2020, the International Social Change Film Festival.  The film has been selected for a ‘Climate Change, Environmental Sustainability and Animal Justice’ programme of short films.  ‘Polite Safety Notice’ was commissioned by The Poetry Society in partnership with poetrycinema and Motionpoems. 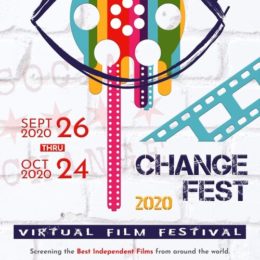 The poem ‘Polite Safety Notice’ won third prize in the 2018 National Poetry Competition. Mark Waldron, one of the judges of that competition, said of the poem: “The opening image of men with their heads on fire like safety matches was perhaps the most striking (apologies) single image among all of the poems I saw. It was a flare that lit up the whole of the poem. […] The judges all assumed the poem was written by a woman. How strange it would be if a man had written it, one of us thought.” 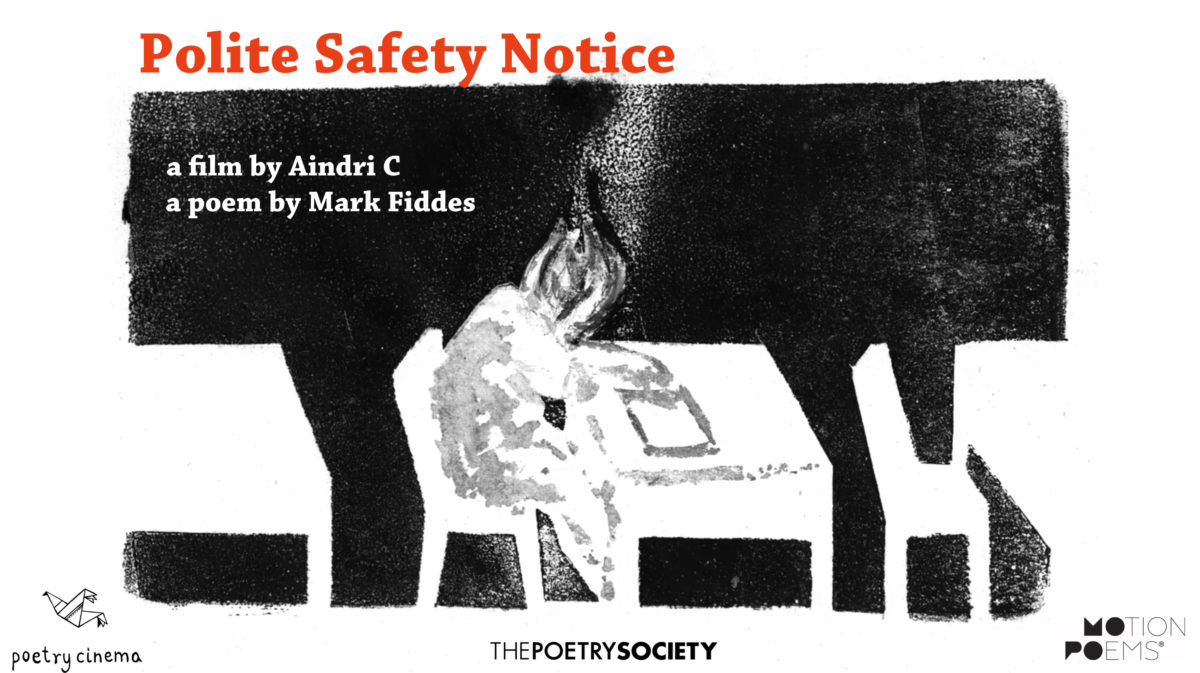 Film poems have become a regular feature accompanying the National Poetry Competition, with short films inspired by winning poems in the competition.  On this year’s National Poetry Day on 1 October, look out for a special retrospective of the collaboration between The Poetry Society and poetrycinema, featuring an interview with founder and filmmaker Helmie Stil.

‘Polite Safety Notice’ will also screen along with other poetry films adapted from National Poetry Competition poems ‘The Opened Film’ and ‘Muirburn’ at the 2020 Zebra Poetry Festival in Berlin, held on 19-22 November 2020.