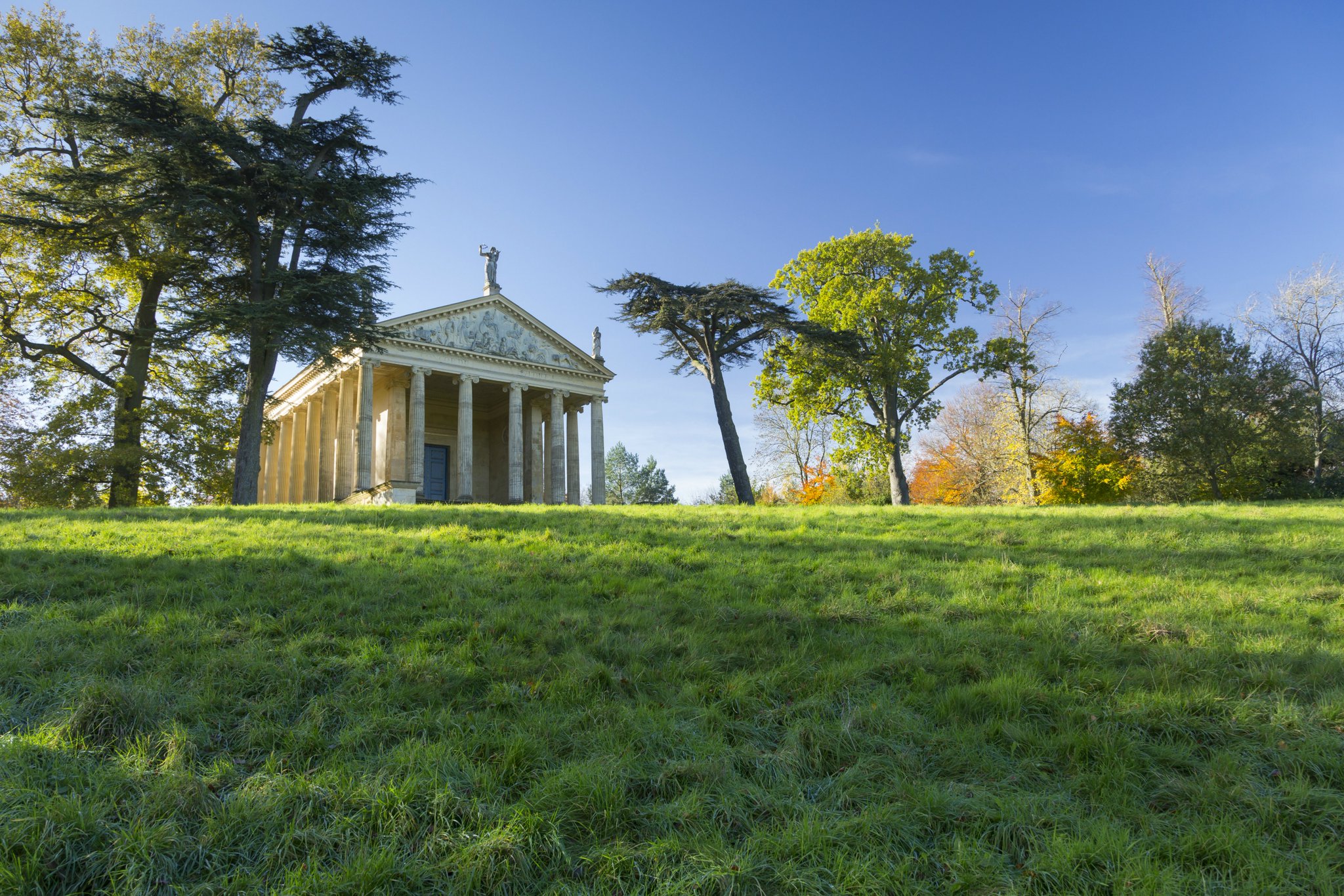 To celebrate Stowe as a place of creative inspiration, the National Trust have appointed Poetry Society Member Dan Simpson as Poet-in-Residence. Dan will be writing in response to Stowe’s Grecian valley, Capability Brown’s first known landscape design, which is scattered with monumentally large temples. This summer, he will be helping to create a new tour and pamphlet and will be leading workshops for National Trust volunteers and staff, local community groups, and schools. Join him for an exclusive performance on National Poetry Day, Thursday 3 October.

“I’m thrilled to be appointed as Stowe’s Grecian Valley Poet-in-Residence. There will be a bloom of creativity, and I can’t wait to explore the rich history and horticulture of this unique landscape – making new poetry for the place and the people who enjoy it”

Dan is a writer, performer, producer, and educator. He has performed around the world including at Glastonbury Festival, Chicago’s Uptown Poetry Slam, Sofar Sounds Auckland, and on BBC Radio. He has created five stand-up poetry shows for Edinburgh Fringe, and is the creator and host of tabletop-improv show RPG Quest!. He is one half of Anti-Slam-producing partnership Varjack & Simpson, and hosts and co-produces comedy vs. poetry gig Stand Up & Slam. dansimpsonpoet.co.uk

A former Canterbury Laureate, Dan’s first collection of poetry is Applied Mathematics, published by Burning Eye Books – with second collection Totally Cultured due in 2019. He has had work commissioned by Southbank Centre, Free Word Centre, and Corinium Museum, and is a regular chef at The Poetry Takeaway. He was Poet-in-Residence at Waterloo Station for TfL, at Knole House for the National Trust, and Canterbury Roman Museum for the University of Kent.

Dan creates pioneering work using crowdsourced and outdoor poetry for organisations such at the Royal Academy of Arts, National Museum of Scotland, and the European Commission. He is an experienced project manager, co-ordinating literature and performance projects for arts organisations.

Often working in scientific contexts, Dan has appeared at popular science events and talks. As half of Dr. Illingworth & Mr. Simpson, he creates science-inspired spoken word shows and projects such as Experimental Words – bringing poets and scientists together to create original performances.

As an educator, Dan is an enthusiastic and adaptable workshop leader. He is the course convenor on ‘Writing for the Spoken Word’ at Canterbury Christ Church University, was a Poet Coach on Apples and Snakes’ youth slam Spoke ‘n’ Word, and is a regular facilitator in primary and secondary schools. He also runs creative writing and professional development workshops for adults.

Stowe House is a grade I listed country house in Buckinghamshire. The gardens  passed into the ownership of The National Trust in 1989 and are open to the public.