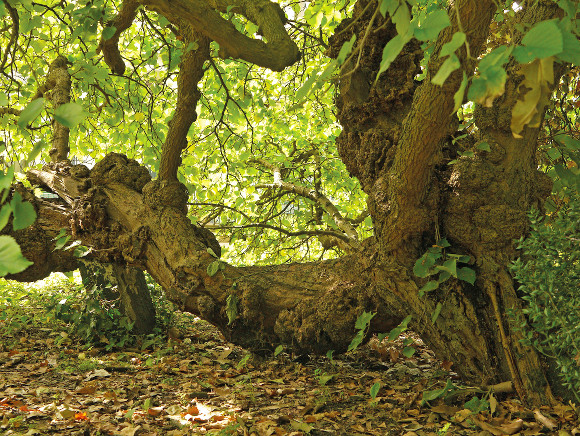 The Poetry Society nominated the reclining mulberry tree at Keats House in the Woodland Trust’s annual Tree of the Year contest, marking 200 years since Keats first met the tree in 1818.

The poet John Keats wrote many of his most famous poems in the garden at 10 Keats Grove, where he lived from 1818-1820 before he moved to Italy, shortly before his death at only 25.

In the same garden where Keats is thought to have written Ode to a Nightingale grows a squat, twisting ancient Mulberry that is thought to predate the house itself, so it certainly would have been witness to Keats’ creation of what would become some of the world’s most renowned poetry. Keats’s friend Charles Brown said the poet composed the ode under a plum tree in the garden after a nightingale built its nest near the house. If Keats sat under the plum tree, he must surely have been looking at the mulberry.

The mulberry itself is thought to be the last retains of a fruit orchard that once stood in the gardens.

Vote for John Keats’s Mulberry as Woodland Trust Tree of the Year. Voting closes at 9am on Monday 8 October 2018.