Boys, if I could give you some advice
it’s this; don’t wait too long to dance.
Three a.m., they’re kicking on the lights,
don’t kid yourself you never got the chance.
At every disco, theories abound –
I’m guilty too – my own research has shown
that sex is codified in sound,
and proved that Sly and the Family Stone
were not related, that Doctor Hook
was not a real doctor. But watch my lips –
the gnostic gospel of the dance – O holy book!
– beatifies the winding of the hips
and castigates mere flexing of the knees,
for they are not the vessel for the soul.
Okay, so Orbison could cure disease,
his tears the unctuous oil of rock and roll,
but it was in the dances of communion –
the Time Warp, the Slosh, the Locomotion –
I found the rhythmic blessings of the union,
fell, sated by the raptures of devotion.
I came to that corroboree of perfection
they call the hokey-cokey. It was there
I found my pagan purpose, my connection,
embodied by a credo I could share;
You put your whole self in; your whole self out.
In the end, maybe that’s what it’s really all about.

A winner of the Poetry News Members' Poems Competition on the theme of 'The Dance', judged by Roddy Lumsden. 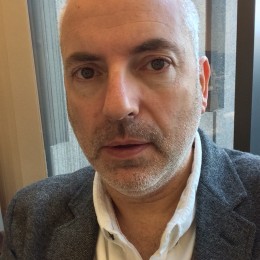 Andy Jackson is from Salford but has lived in Scotland for 25 years. He is editor of several poetry anthologies including Split Screen (2012), Tour de Vers (2013) and Saboteur-nominated Double Bill (2014, all on Red Squirrel Press). He co-edited with W.N. Herbert a 600-year anthology of Dundee poetry entitled Whaleback City (2013), and also the recently-concluded New Boots and Pantisocracies blog project. His Red Squirrel Press collection The Assassination Museum will be followed by a second collection A Beginner’s Guide To Cheating later this year. His poems have appeared in Poetry News, Magma, Blackbox Manifold, Trespass and New Writing Scotland, among other publications. He was winner of the National Galleries of Scotland competition in 2008 and the inaugural Baker Prize in 2012.