Her belongings, like skins,
float back to the original effluvia of ocean beds.
An archive of buttons, newly dyed with fishspawn,
congealedwith masonry skill,
disturbs the isotopes of an ocean’s plan.
A crustacean, plotting the symmetries of a world
between its kelp stones,stares at the hems and petticoats trailing him.

The pink ghosts of muscles still fasten
round the dress and an occasional sea bird
dips its beak into its folds, deciphering its smells,
the idiosyncrasy of its shapes, the neck stem displaced,
the dislocated spine of its buckle digging the waist
where a strong hold of sea lice thrill to its curves.

TV men with diving suits and tanks
return for a second take;
the satin dress holding itself up to the poles of the waves
like origami dancing, twitching lace mimicking breath,
sand filled pouch, its warmth.
It dances past the slow differential of a fin
its acrimony of scales, its Mache print of skin

to the laughing girl shedding herself
like Narcissi in the tsunami wave. 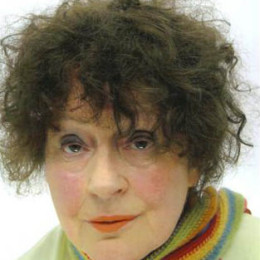 Harriet Torr was commended in the National Poetry Competition 2008. My Father's Pot and Other Poems was published by Koo Press in 2009.