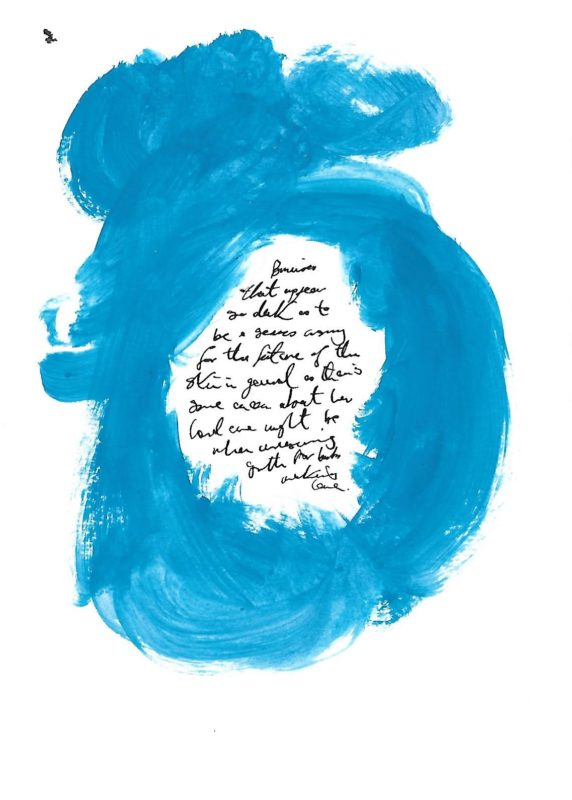 A visual poem should be visible, yet it seems it’s often not so. In this solo exhibition of new painterly poems, SJ Fowler asks questions so manifest they are almost indiscernible. What is in the shape of a letter and what images do words recall? What is the meaning of colour in poetry, and where went the handwritten word? Where is mess, notation, scrawling and material? Why is composition strange to an art-form that is as visual as it is sonic? An Invisible Poetry presents new sculptural poems and original visual literature alongside a selection from Fowler’s Poem Brut project and its accompanying series of publications from Hesterglock Press, Stranger Press, ZimZalla and Penteract Press. These are poems exploring handwriting, abstraction, illustration, pansemia, scribbling and scrawling. www.stevenjfowler.com/invisible 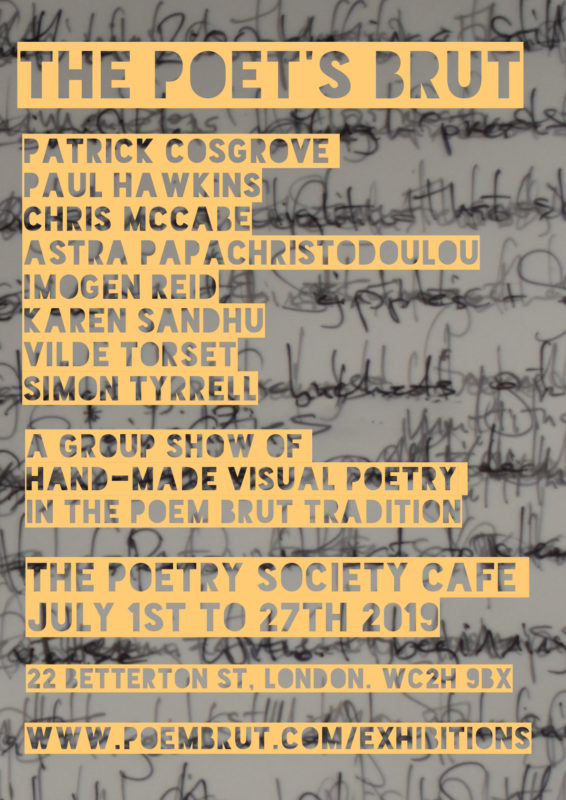 Brand new works exhibited by eight of the UK’s most exciting contemporary poets. Poem Brut project has generated over a dozen events since 2017, alongside multiple exhibitions, workshops, conferences, publications and over 1000 submissions to its 3am magazine series. It advocates for an artistic creative writing, a visual literature, a concrete poetry – poetry that embraces colour, the handwritten, the composed, the abstract, the scribbled, the noted, the illustrated. Poem Brut affirms the possibilities of the page, the pen, and the pencil (and the crayon) for the poet in a computer age, and celebrates these ideas in the live realm alongside the two dimensional. This group show evidences a new generation of poets working in old traditions often forgotten or nudged into the realm of modern art. www.poembrut.com/exhibitions

The launch event and reading for these exhibitions was on Monday 8 July 2019, 7pm – 9pm, at The Poetry Café, London.