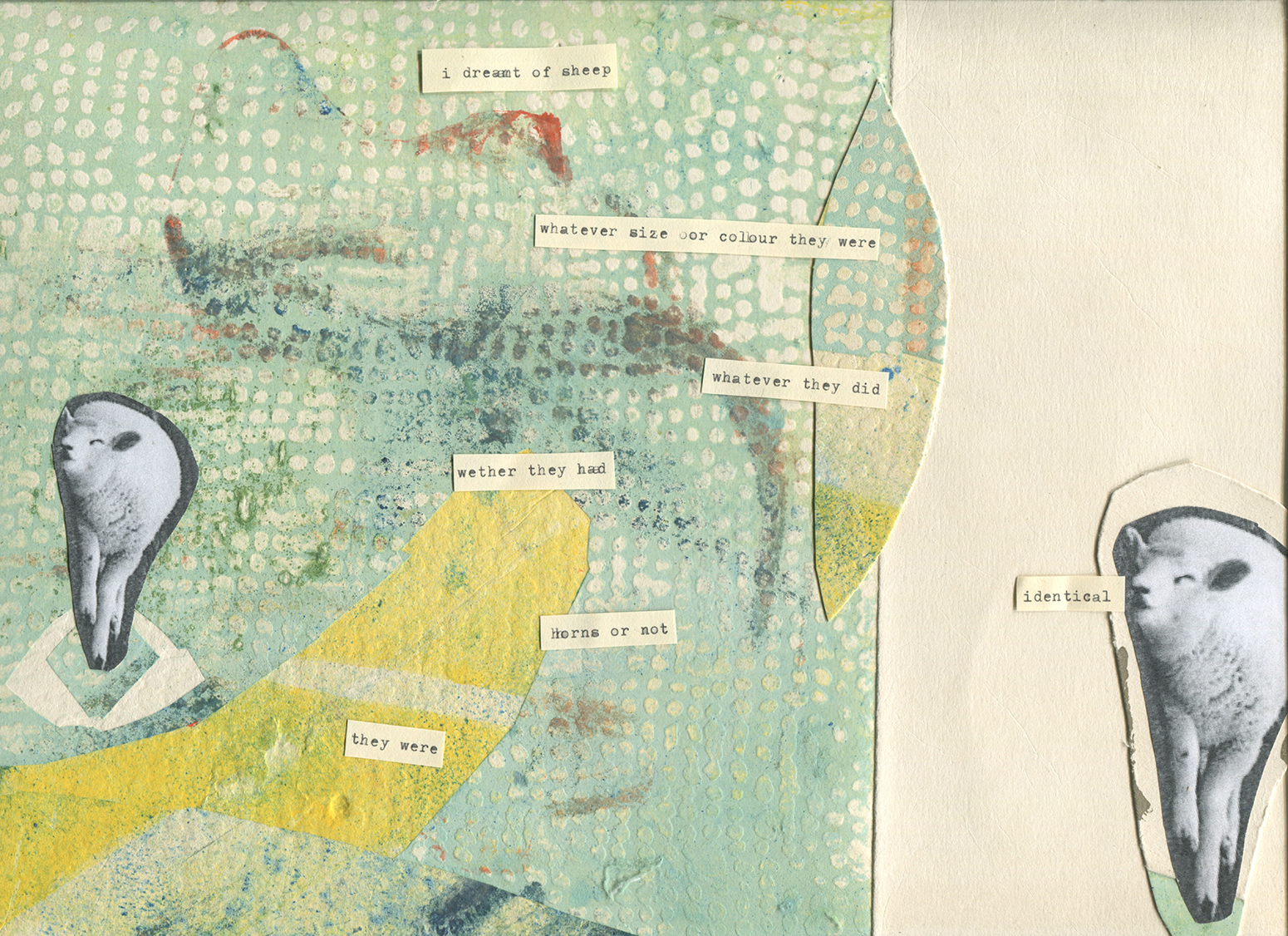 Artist-poets Jude Cowan Montague and Daniel Lehan are collaborators for Animallages, the latest exhibition in The Poetry Café. Taking poetry and animals as their theme, they have created a new visual construction, the ‘animallage’: Lehan’s collaged tales of true romance track bears, birds and other beasts he encountered on his travels through Canada and London. Montague has cut up her award-winning monoprints and rearranged them to create odd, emotional fragments of cinema on paper. Influenced by Surrealism, Kenneth Patchen and Bruno Schulz, both artists use found texts to unexpected, playful and suggestive effect.

The exhibition opens on Monday 29th June and runs until Saturday 15th August. There will be an evening event and performance by Daniel and Jude on Monday 20th July, 6.30pm-9pm. Lehan and Montague are published poets and artists and their books of visual poetry and prints, The Groodoyals of Terre Rouge (Montague) and Cahier de Catéchèse (Lehan) are available for purchase from The Poetry Café, £8 each.

Jude Cowan Montague is an artist. writer and composer. She is active in new printmaking, installation, poetry, prose fiction, film history, vocal work and performance. She is known for her innovative work with international news agency output, which developed while she was working as an archivist for the Reuters Television Archive. Her first collection For the Messengers (Donut Press, 2011) re-formed edits from her Reuters output during 2008 as individual poems. Her album The Leidenfrost Effect (Folkwit Records, 2015) was co-composed with Dutch producer Wim Oudijk and reimagines quirky stories from the Reuters Life! feed. She is a broadcaster and curates and hosts The News Agents, a weekly hybrid news-arts show on Resonance 104.4 FM.

Her First Class BA (Hons) degree in English Literature from Oxford University was followed with a PhD in film studies from the Birkbeck College, University of London, and later by an MA in Printmaking from Camberwell School of Arts. She was awarded the Royal Society of Painter-Printmakers’ graduate prize, 2014-2016.

Jude and Daniel gave a joint performance of Animallages poems and songs at a free event at The Poetry Café on Monday 20th July, 6.30pm-9pm.