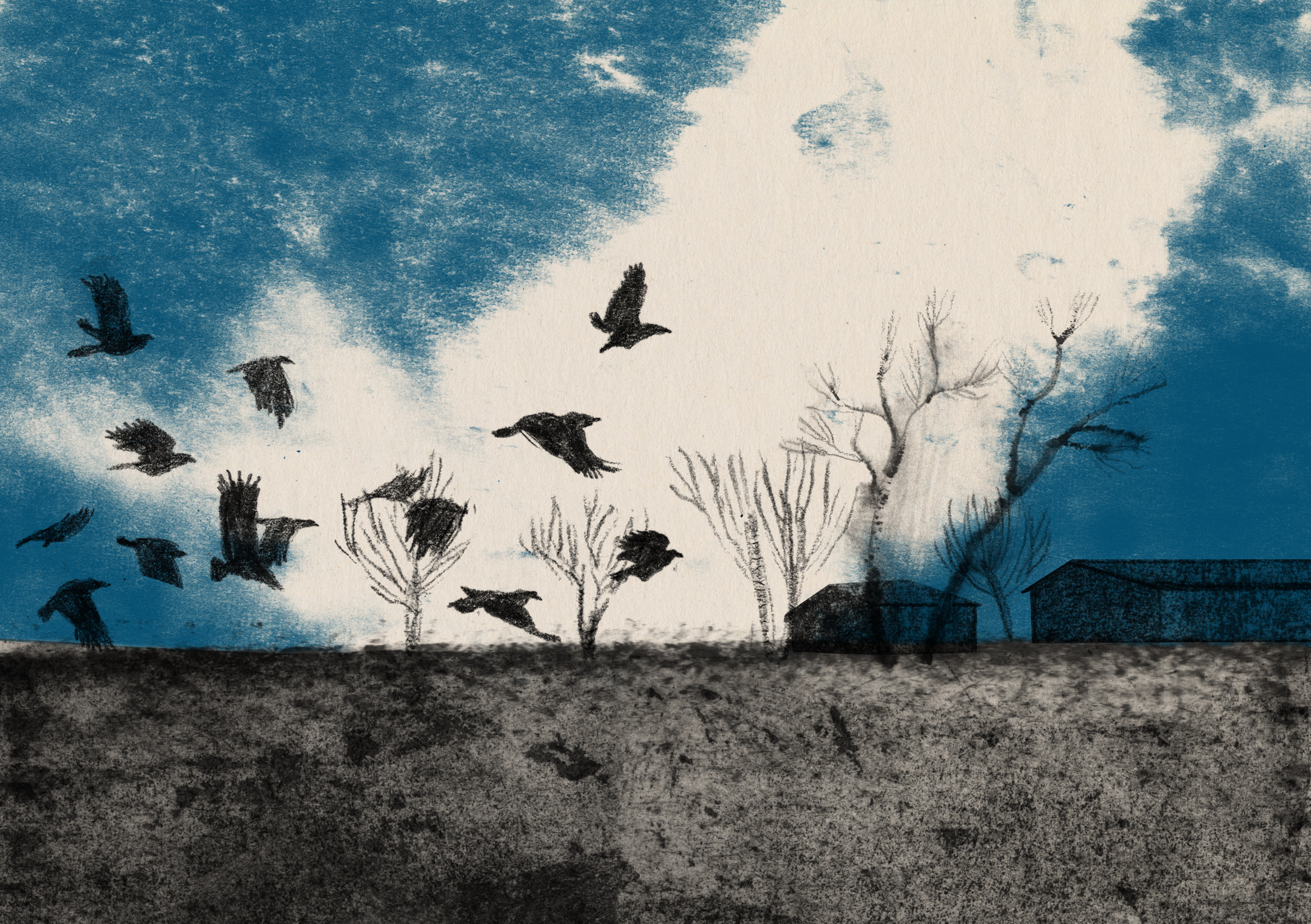 The exhibition, “YAPPO,” SAID THE MAN, is based on a collaboration between artist Iro Tsavala and the writer Henry Martin.

Their book, YAPPO, tells the story of a nameless, mostly silent man, who protects a small plant as he walks through the wilderness. During his travels, the man meets a milliner, a butcher, a dog, and a mermaid, each of whom requests a leaf from his plant. The man refuses to comply, muttering “Yappo.” How will his journey end?

The exhibition presents Iro Tsavala’s earthy, timeless illustrations inspired by the Scottish Highlands, alongside new prints and objects. Copies of the book are also on sale. YAPPO is published by Company Cod with support from University for the Creative Arts and Tipperary Artists Award 2017 in a signed and numbered limited edition of 300 copies, ISBN 9781999725006, price £15.

A celebratory opening event was held in the Poetry Café on 2 November.