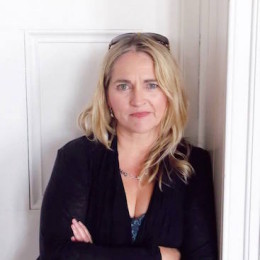 This is a wonderful opportunity to discuss your poetry on a one-to-one basis with poet and tutor Maria McManus, wherever you live. Maria runs one-hour sessions via Skype. Book online or call Paul McGrane on 020 7420 9881. £50 for Poetry Society Members, £60 for non-members.

“Maria was a wonderfully lively fresh pair of eyes. She read my poems with good humoured interest and made radical and exciting suggestions for how I might develop them. I really enjoyed our session and look forward to the next.” LM, Scotland

“I found my session with Maria extremely useful on a number of different levels, firstly, it gave me confidence about my work, secondly, she was able to identify weaknesses and offer strategies to support my work, and thirdly she identified prospective sites for publication.  Also, I should mention Maria was extremely encouraging and yes I would recommend her.” Michelle M, Belfast

Maria McManus is a poet and playwright. She has a substantial track record as a trainer and facilitator, in creative writing as well as in organisations. She has been a full-time professional writer since May 2012 after a career of 27 years in training, managerial and clinical healthcare roles.

Writing credits include, The Moon. A Plane. A Crow, (pending), which was written in homage to Georges Perec. Maria’s poetry collections are We are Bone (Lagan Press 2013), The Cello Suites (Lagan Press 2009) – recorded with an original score composed and played by the cellist Tom Hughes. Reading the Dog (Lagan Press 2006) was runner up in the 2007 Strong Awards at the Poetry Now International Festival and was also short-listed for the 2007 Glen Dimplex New Writers Award. In 2008 & 2012 she was awarded an Arts Council individual artist award. In 2005 she was awarded the inaugural Bedell Scholarship for Literature and World Citizenship, by the Aspen Writers’ Foundation, Colorado USA.  In 2008 she co-wrote Bruised for Tinderbox Theatre Company. In 2006/07 she was playwright on attachment to Tinderbox. Previous theatre credits include His n Her’s and Nowhere Harder (2006) for Replay Theatre Company, and The Black-Out Show (2006) for Red Lead Arts. A screenplay adaptation of the poetry sequence ‘Aill na Searrach; The Leap of the Foals’, was developed in 2013 with NI Screen. mariamcmanus.wordpress.com