←In Poetry to watch

The Poetry Society celebrates poetry in many forms – and we regularly commission poetry films to complement and enrich projects or new poems. Watch filmpoem versions of winners of the National Poetry Competition, recordings of poets reading their work to camera or even a poetry animation made to mark the centenary of the First World War.

Explore our Vimeo profile or visit our YouTube page to watch more.

We also produce videos of events such as our Annual Lecture.

A new poetry film inspired by a Mesopotamian jug in the Ashmolean Museum in Oxford, has been produced by The Poetry Society to celebrate the overall winner of the Poetry for Peace 2016 project, chosen by Judith Palmer. The film features the winning poem by Shakira Morar, aged 17, from Headington School, Oxford, who also speaks the poem in the film. The film is directed by Suzanne Cohen.

To commemorate the beginning of the Battle of the Somme offensive, on 1 July 1916, The Poetry Society and Mosaic Films made an animated filmpoem to accompany the poem ‘The Big Push‘ by John Glenday. You can watch the film on our website. The poem was originally commissioned by The Poetry Society and the Fleming Collection to mark the centenary of the start of the First World War, and was inspired by their painting ‘The Eve of the Battle of the Somme’ by Sir Herbert James Gunn. The animation is by Xin Li.

As learning resources and inspiration, The Poetry Society commissioned films of  four of the most successful poets, MCs and performers exporing the relationship between page poetry and spoken word. Each poet talks about which poets have influenced them and their writing, and performs a poem of their own plus a piece which inspires them. Take a look at the films from Dizraeli, Hollie McNish, Joelle Taylor and Benjamin Zephaniah on the Page Fright part of the site.

Beginning to See the Light

Six poets explore the path of light over an October day, from midday to midday, in a series of poems. The Poetry Society and Jaybird Live Literature commissioned these new pieces to celebrate National Poetry Day 2015, the theme of which was ‘light’. Artist and filmmaker Corinne Silva then made filmpoems of all the poems, which you can watch on Vimeo or YouTube.

The poem ‘Shadow’, written and read by Alice Oswald, is about the devil’s shadow travelling over the land, and was commissioned by The Poetry Society in conjunction with Royal Collection Trust and was premiered by Alice Oswald at The Queen’s Gallery, Buckingham Palace, as part of ‘Painting Paradise: The Art of the Garden’ on 25 June 2015. The film was made by De Facto Films. You can find out more about this project, and a new commission by Kei Miller also in association with Royal Collection Trust, elsewhere on our website.

All ten of the 2013 films were screened at the Filmpoem Festival in Antwerp on 14 June 2014, in partnership with Felix Poetry Festival and at the Poetry International Festival in July 2014 at the Southbank Centre in London. The 2014 films of all eleven poems will be screened at festivals around the country and beyond through 2015.

The Wind on the Downs

‘The Wind on the Downs‘ was written by Marian Allen about the death of her lover in the First World War. It was first published in 1918, and turned into a filmpoem as part of The Poetry Society and Canal & River Trust’s First World War centenary commemorations. Watch the poem, animated by artist Linda Hughes and voiced by National Theatre actress Olivia Vinall, on our website.

The Poetry Society, in partnership with the Canal & River Trust, commissioned four canal-themed filmpoems from Alastair Cook of Filmpoem and works by Jo Bell, Ian McMillan, Ian Duhig and Liz Berry as part of their Waterlines project in 2013. You can watch all four on our website.

Alice Oswald was commissioned to write a new poem for National Poetry Day 2013 and its theme ‘Water, water everywhere’. Read the poem ‘Evaporations’, and watch the accompanying filmpoem by Chana Dubinski on our website. 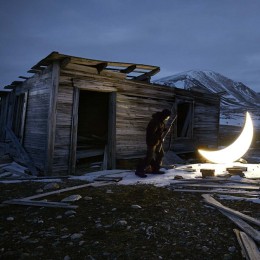 Since 2013, The Poetry Society has been working with Cape Farewell, an international not-for-profit organisation set up to instigate a cultural response to climate change.  Explore the filmpoems and read more about the project online.